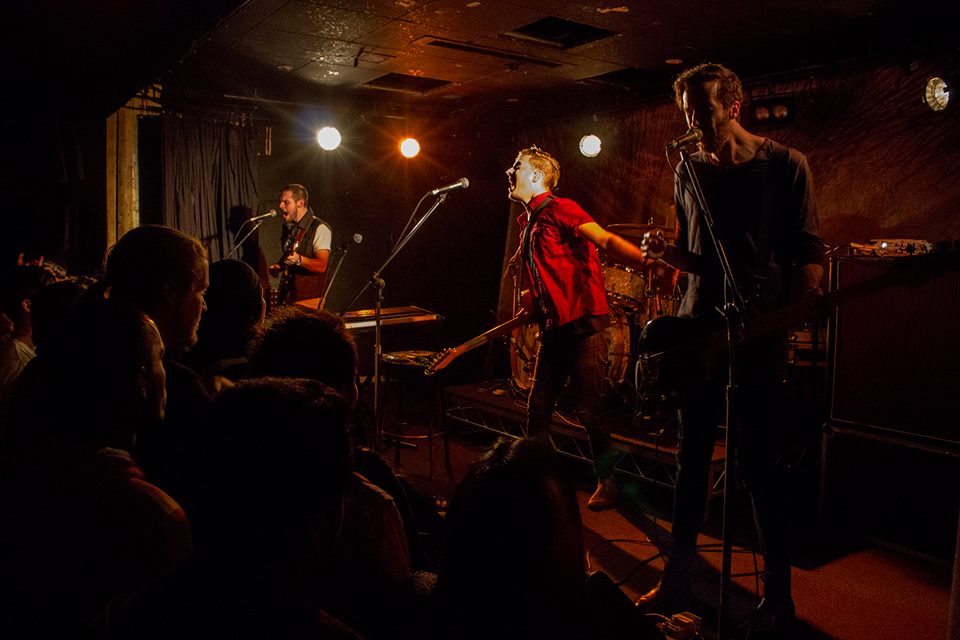 Jessica’s Journal: New Empire Wow Fans On Melbourne Leg Of Their ‘In A Breath’ Tour

Signing to Tooth & Nail Records earlier this year, Sydney based alternative/rock outfit New Empire are about to embark on a tour across the USA in support of their latest album In A Breath. In a shout out to their fans, the four-piece are traveling across Australia before they take the world by storm. Last night at the Northcote Social Club in Melbourne, I had the privilege of attending one of their live shows and true to their word, it was breathtaking.

Opening with “The Tale of Jonah,” the band’s balance of a strong guitar driven melody and lead singer Jeremy Fowler’s pure vocals transcended the building. Clearly in tune with each other, the band worked joyfully together throughout the night. Transitioning into “Finish Line,” the sincerity in their delivery of the message that “I won’t see you left behind,” was driven home as they worked effortlessly to quieten the mood of the song, before bringing it back with the final chorus and in doing so lifting your spirit. Welcoming the crowd to the venue on a predictably chilly Melbourne evening, the band then delighted an audience of family, friends and fans with their hit “Here in Your Eyes” from their sophomore album Symmetry. A night of sing-alongs ensued as the audience joined in with the catchy rifts found in fan favourite “Oceans.” Treating the crowd to a terrific drum solo by Kneale, they then returned to their current repertoire with the hit single “Relight the Fire.” Founded on a drum beat that resonates with your beating heart, the delivery echoed the heart cry of many people in the room as the combination of the well-crafted melody and Fowler’s strong delivery called each person to seek God and “relight the fire” of their soul.

Creating a slower and more reflective atmosphere, Fowler spoke about the meaning of hope and how it was found in God’s grace. In this, the band introduced the song “Tightrope.” In a bold and uncompromising manner, this performance revealed that the friends from Cronulla are more than ready to take on a world audience; their talent, humility and boldness in faith preparing them for this next phase of their careers as they accomplish even bigger and better things in the Christian and secular music industries.

Changing from guitar to piano, the band then broke into “A Little Braver,” followed by the anthem “Sun Won’t Sleep.” Bringing in synth, the band performed “Say It Like You Mean It” and displayed a versatility with a slightly techno edge to the pop song. A perk of seeing a band live is their ability to treat the audience to an unexpected musical experience, and they did not disappoint in delivering this. Using the keys, the foursome delivered Coldplay’s “Sky Full of Stars” to an awed crowd before they entered into “Wise Fox.” This created a pivotal moment within the set as the transition from the stripped back falsetto of Fowler was joined by the fullness of the band’s instrumentation. A performance of the hit “One Heart/Million Voices” followed. As someone who has seen this band live on numerous occasions, I expected to enjoy this performance. Yet in this delivery, New Empire took the tried and tested favorite to a new level and seemingly lifted the hearts of every person in the room as they spoke about some of the most vulnerable and beautiful moments in life. Stating that they were entering the last song, the band then drove it home with the invigorating and catchy “Fallen Soldiers.” This provided the audience with a final sing-along as they left with a message of boldness and hope. Exiting the stage, there were cries from the audience for an encore, and, as requested, they returned for a final spine tingling performance of the hit song “In A Breath.” Penned by Fowler after the death of his mother, this final performance seemed to encapsulate the riveting emotions of the night. Finishing with a crowd led rendition of the chorus, it was clear that this gig was more than your average Thursday night pleasantries. Rather, it was a meeting of heart and spirit as the boys shared their stories with a delighted crowd. A strong and exhilarating set, New Empire showed that they have far more to give throughout the ‘In A Breath’ tour and beyond. You can catch the boys in Australia before they embark on a tour of the USA later this year.

You can find New Empire’s Tour Dates here, and you can see my sister’s photos from the concert below (All photos copyrighted to Rachel Morris).

You can read my review of In A Breath here.

Buy In A Breath:
iTunes | Amazon