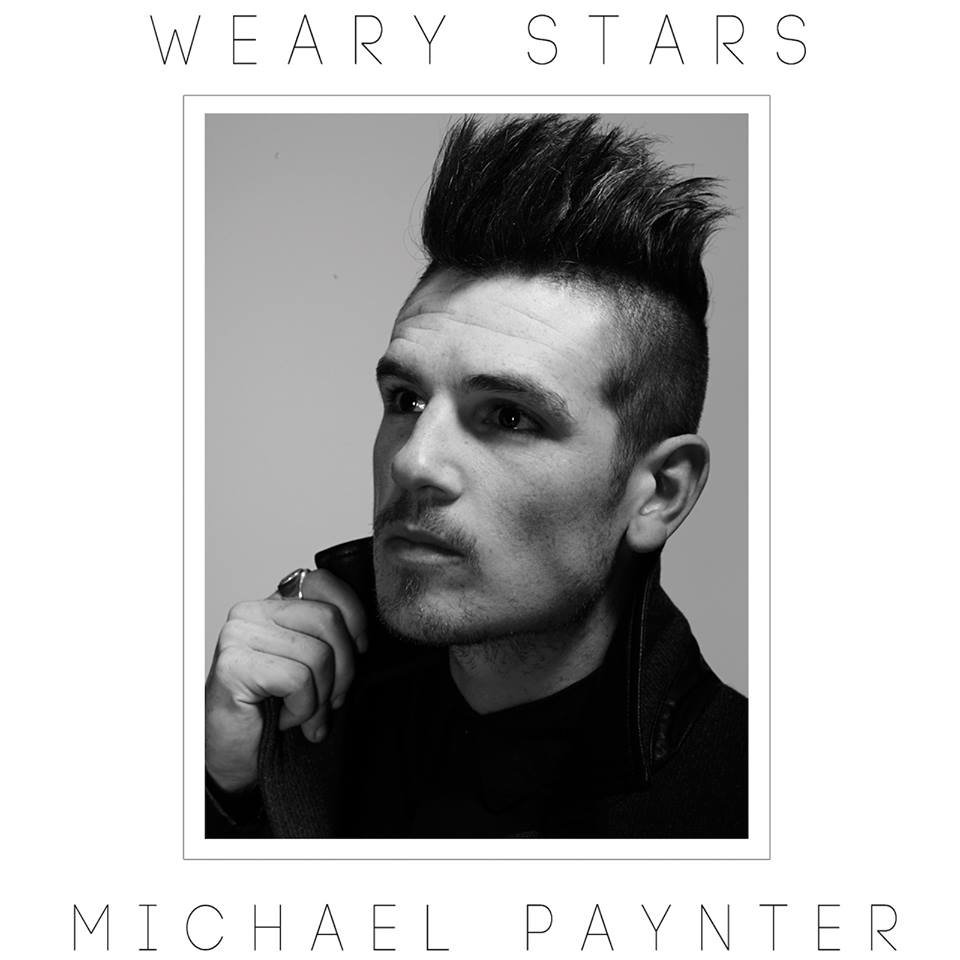 Melbourne based musician Michael Paynter is not new to the Aussie music scene. Making his mark with the single Closer in 2006 and later releasing How Sweet It Is with pop starlets The Veronicas, he has toured with the likes of The Script and Miley Cyrus, and his driving vocals  have established him as a well-known face both in the secular and Christian markets. Come 2012 and Paynter re-emerged on season 2 of The Voice Australia, performing on judge Joel Madden’s team. Reminding the public that you can’t keep a quality independent artist down, he used this platform to release his long awaited sophomore album, Weary Stars, and with 11 tracks of pure pop sensibilities, driving guitar riffs and impeccable vocals, it has been well worth the wait.

Opening with “How Sweet It Is,” listeners will immediately be drawn into the groove of the song. The catchy riff mixed with Paynter’s pure and uncompromising vocals will stake the melody in your head for days. A full-on track that withholds nothing to become a hit (It peaked at #19 on the Australian charts in 2011); this is a pop anthem that focuses on the goodness of new life. For Christians, this track signifies the moment of our salvation, and how sweet the grace of Christ is in our time of need. Yet this track is still written and delivered in such a way that is not only accessible, but understandable to the secular market. Paynter continues to dive in with “Another You,” his ability to measure the light and shade in his voice creates a rare and beautiful quality to the love song. Mixing an electronic beat and melancholy intro to form an insatiable pop/rock chorus, he shows an uncanny ability to mesh these genres together while paying respect to the more articulate aspects of musical theory.

The inclusion of the 2011 hit “Love the Fall” is a highlight of the album; a cut between the short drum introduction and Paynter’s distinctive vocals smashing it out as an anthem that seems to define his career. While other musicians would struggle to deliver the numerous lyrics in the verse, Paynter delivers them with conviction and life as he shares a message of perseverance saying, “I can’t give up, no I won’t give up. Can’t you see that okay is never ever enough?” The title track “Weary Stars” follows and listeners are brought back to a piano driven ballad.  The use of electric guitar in the chorus defines Paynter as a mover and shaker on the music scene, his choice to create a rock edge to the emotional track making it unique and memorable, and “Let Go” continues to deliver this same quality. Pitch perfect and immensely well crafted, Paynter’s knack to deliver pop perfection aligns him with the likes of One Republic. As shown in the live recordings included at the end of the album, this is not an auto tuned or manufactured image but rather 100% pure talent that Paynter has developed through his years on the music scene.

“Are You Alive,” is one of the more withdrawn tracks on the album, the use of piano, strings and vocals painting it as a riveting artwork. Daring to ask the listener what it means to really be alive, there is perhaps no clearer message than this on the album of the abundant life that is available in Christ. “Ordinary,” sees Paynter deliver a song about the infinite worth of a woman, and in an industry saturated with perversion, this track is a refreshing take on what really defines the worth of a person. “Burning Alive” brings the tempo back up before the stripped back “Novocaine.” Originally on his acoustic debut ‘Money on Your Tongue,’ there is a beautiful and piercing nature to this track that will magnetize listeners. Another ballad, “Going Under” offers listener’s one last taste of Paynter’s musical prowess before the album concludes with a live recording of “Weary Stars” and “The Way You Make Me Feel.”

Often the line between Christian and secular music is definitive, and we struggle to find the production and lyrical quality of main stream labels within the Christian sector. Weary Stars crosses this divide effortlessly, reminding listeners that once you remove these paradigms, the importance of musical excellence and lyrical integrity are what makes the most respected musicians great. Paynter’s album embodies this potential and excellence, delighting fans of the top 40 and Christian audiences alike. Treat yourself and buy a copy of Weary Stars today!