Is WAXPANEL’s music something to wax lyrical about? Here’s everything you need to start getting yourself familiarized with WAXPANEL’s music. Make sure you Get Plugged Into their socials below to stay wired in to any of the latest updates.

With the release of their new EP, “Beginnings” (July 2016), an almost two year journey, which included the work of some very talented people, has come to an end. Producer David Castell, whose resume includes Blue October, Toadies, and Deep Blue Something, was there from the start. The first two singles, “Believe” and “Dying Inside”, were recorded at The Fathom Tree Recording Studio, in Austin, Texas and engineered by Eric Holtz. After some time the band made its way to Empire Sound Studio, in Dallas, Texas to finish recording the EP with Alex Gerst and Castell at the helm. In January of 2017, the band traveled to Westfall Recording Company in Austin. WAXPANEL enlisted Producer Anthony Santo to complete their 12 song debut album. WAXPANEL then brought David Castell back in, for further mixing and the mastering of these songs. The band teamed up with Pavement Entertainment in September 2017 and is currently putting the finishing touches on their brand new album to be unleashed worldwide in 2018. 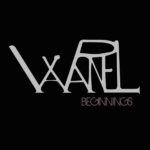 As stated in their bio, the band’s new album will be released sometime this year. Get their latest Beginnings EP from 2016 by clicking on the EP cover’s image.

A few videos/tracks to get you started

The Struggle (the song that got the band signed)


Be sure to subscribe to their YouTube channel below, there will be more videos surrounding the new album release later this year.

Listen to the Beginnings EP here