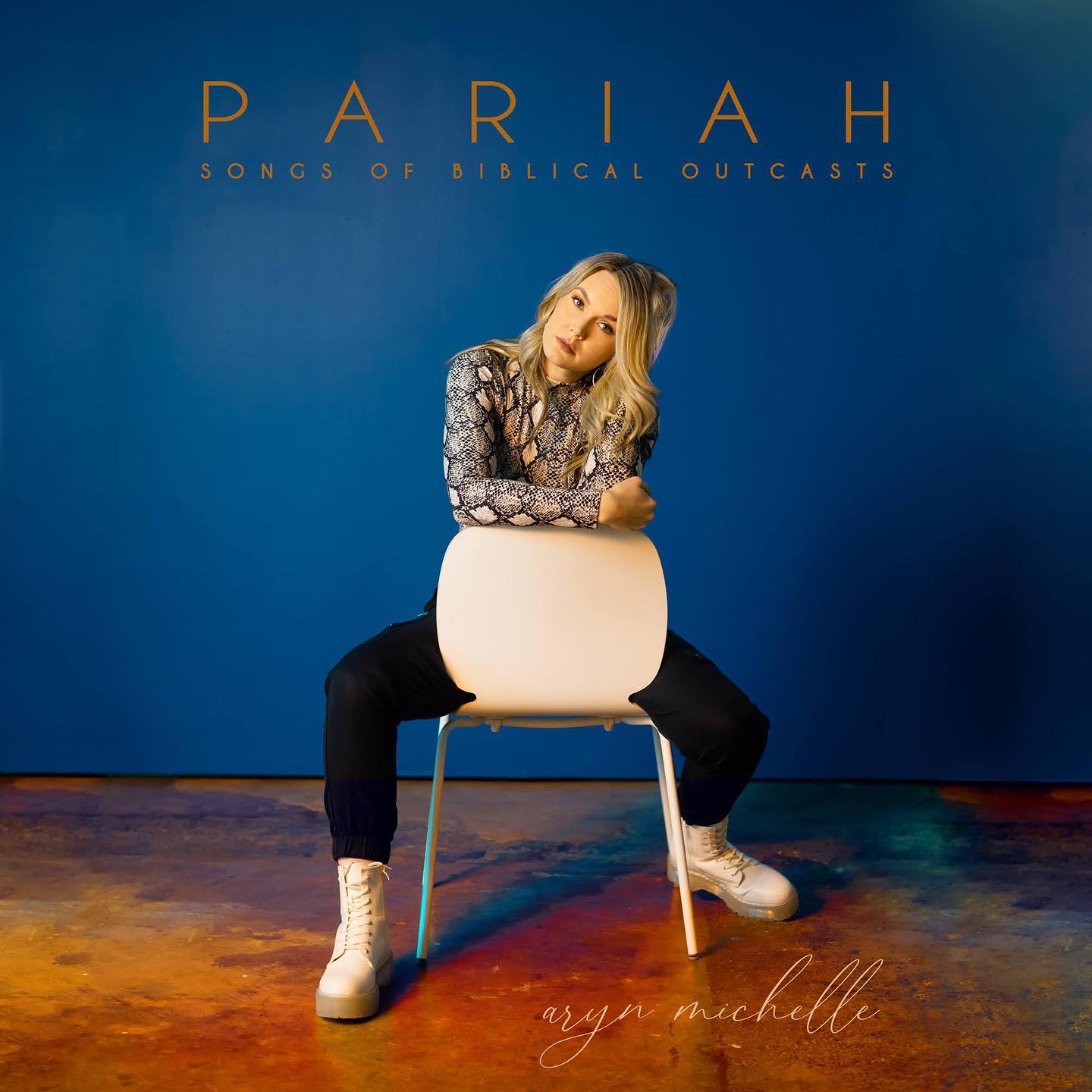 Aryn Michelle: The heart of a Pariah

Aryn Michelle is making a name for herself, not just as the indie pop artist she is herself, but also as someone who champions other indie artists and regularly promotes their new releases on her TikTok account (way to go Aryn!). She has popped up in our social media feeds on many an occasion but it wasn’t until her recent single “America” we became aware of Aryn’s own music. America is the first single off the Dallas, Texas mom of 4’s summer EP Pilot Light which follows the release of her PARIAH album earlier this year. The album has amounted over 245K spotify streams to date and the title track was the winner of The Great American Song Contest Christian Inspirational Category for 2021.

We had a chance to connect with Aryn to ask her more about the heart behind PARIAH, the intriguing cover art for “America,” what fans can expect from her new Pilot Light EP and much more…

-On your website, you state your mission is to be a light in the darkness. What are some things which have shaped your faith and led you to wanting to be that light in the world?

I’ve seen time and time again how powerful music can be when it intersects with whatever is going on in our lives. As followers of Jesus we are called to be a light in the darkness and music is the particular light God has given me to help fight back that darkness with truth, goodness, and beauty. I try to craft songs in a way that people can find truth, hope, encouragement, and even conviction and revelation within them. I aspire to write songs that people can relate to, but also that spur them on to ask more questions about who God is and what He wants, and what is the nature of the story we find ourselves in following Jesus.

-Your sound is very fun and unique. How have you crafted your musical and lyrical style?

Like most artists, my musical voice is an amalgamation of years of different influences. When I was small my parents only let me listen to christian radio or the “oldies” station, which at the time was 60s and 70s music. So from the beginning I’ve been shaped musically by artists from that era like Elton John & Stevie Wonder. I was a teen in the 90s, so I was also strongly shaped by the moody female artists of that time like Jewel, Sarah MacLachlan and Alanis Morisette. I studied classical music and jazz in college, and I’m from Texas so, you know, the folk country sneaks in there as well.
Lyrically I spent my first couple of albums writing from a Christian worldview but not focusing on explicitly Christian themes. However after years of soul searching I decided that God had uniquely gifted me to write about my relationship with Jesus, the Bible, the church, and the Christian life because that’s what I know. I’m a preacher’s kid who has been a Jesus follower since I was 8 years old. I feel affirmed in this calling to encourage other believers to dive deeper in their faith walk with lyrics that strike below the surface level. I’ve done albums on bible passages, Christian apologetics as well as biblical outcasts.

-What inspired the cover art for your newly released single “America”?

I love collaborating with other artists and I knew I wanted to find an opportunity to work with my good friend Angela Detten who is an excellent watercolor artist. We wanted to find symbolism that was distinctly “American” and then reinterpret it to convey the message of my song “America.” She did an incredible job marrying the iconographic ideas of the Statue of Liberty with “selfies” and our cultural temptation toward self interest and glorification. I think it really translates the tongue in cheek mood of the song so beautifully.

-What do you hope to convey to listeners with “America”? What has been the reaction so far?

For me the song is about the frustration of living within a cultural context, as a woman, mother and creative, where image and hype and popularity are so much more important than substance and truth and reconciliation. I hope listeners can empathize and get a little catharsis from this “calling out” of the problem. I’ve gotten some great feedback so far! I was a little nervous to see if people would be on board with “America” since the music and lyrics are so different from the PARIAH songs, but my fans have been so kind to go along with me for this genre-bending ride!

-“America” is the first single off your summer EP entitled Pilot Light. What can people expect from the rest of the EP sound and topic wise?

Pilot Light is a collection of three songs that are much more personal in content from my usual releases. The next song coming Aug 19th,“Every Closed Door,” is about being thankful for doors that God closed on my journey as a mother and artist over the years. The final song “Pilot Light” is about finding contentment in who God created me to be, and being faithful to where he’s called me, even if it doesn’t look like what I thought it would. Musically “Every Closed Door” has such a fun, vintage indie pop vibe with hints of gospel. “Pilot Light” is a rich piano/upright bass ballad. I think my band did such a beautiful job translating them both.

-What was behind your decision to release your latest album Pariah as all singles over the course of 2021/2022, rather than as one album all at once?

This strategy was all about giving each song that time and space I felt like it deserved. Each person and story in PARIAH was so different, and I wanted to give listeners time to linger with each of those people and their emotional moments. On a more practical level, as a playlist curator myself, it makes a lot of sense for artists to primarily release singles nowadays because of how streaming and playlisting works. There is SO much music being released every day, I want to know from the artists-what is the ONE song you want me to hear right now? So I wanted to make it easy for people to know which song I was hoping they’d engage with one at a time. And lastly, writing, recording and releasing a song takes A LOT of time, energy and money. I think each and every song that you spend that much effort on deserves its own individual moment in the sun.

-How did you decide in which order to release the songs from Pariah?

I worked with a consultant to help me plan out the release order primarily based on the calendar. Since we were using the single release strategy, it made sense to try to align the songs with the “mood/feel” of the time of year when they’d be released. So January releases tended to be more upbeat songs you could workout to, February more reflective, springtime songs more hopeful, my song about Jesus (“Pariah” the song) released near Easter, etc. Mainly we were just hoping to try to find a song for listeners that felt right in the moment when they’d be encountering it for the first time.

-Is there any song in particular from the album that you personally resonate with?

100% I would say “Secondhand Love” is the most personal song for me on PARIAH. At first it seemed like it would be difficult to relate to the biblical person of Leah. How do you understand the pain of a woman whose husband was also married to her sister? But, once you peel back those specific details, the heart of the song is the emotion of not being loved in the way that you hoped for. I think everyone has experienced that feeling over and over again, and I definitely have. To see Leah recognize that her heart might not be healed this side of heaven, but that she knew God still remembered her anyway, was very cathartic and honest to my own experience as well.

-What was the inspiration behind the concept of Pariah? And how did you decide which Biblical stories to tell?

I had two songs I loved, “Cast a Stone” and “Shadow of Your Wings,” that had been “sitting on the shelf” for a while waiting for a project to fit into. I LOVE working on concept albums and so I was trying to find the connection between these two songs that would allow me to build a concept album around them. “Cast a Stone” is the story of the adulterous woman that Jesus saves from a stoning, and “Shadow” is based directly from a Psalm of David (Psalm 63). It dawned on me that the link between these two songs was that both of the people in these stories were at a moment in their life where they felt like they were an outcast. The world had turned its back on them, and their only hope for acceptance or deliverance or comfort was found in God. From that point on I went looking through scriptures for other “pariahs” whether they were major or minor characters. And what I loved about that process is that these people were all pariahs for very different reasons. From Moses to Leah to John the Baptist, the circumstances changed, but their very real need for God in times of crisis was the same.

-What was your favorite part of the recording process? What about least favorite?

My favorite part of recording is taking a song from the demo stage and starting to flesh out the vibe, arrangement, unique sound elements and watching all of it organically grow and come together. There’s so many possibilities in that space, and most of the time I have a brilliant producer guiding me through that process (so that makes it fun and not impossible!). My least favorite part, weirdly enough, is probably release day. At that point it feels like you’ve given the song all the artistic love you can give it. You’ve tried to set it up for success and then let it fly wherever God may take it. It’s kind of like saying goodbye a little bit. There’s a small sense of mourning that you have to turn your attention away from that creation and then move on to the next thing.

-Who are some artists that you would love to work with?

I am in awe of how many incredibly talented indie musicians today are making compelling, unique and interesting faith-based music. I think my dream list of collaborators would include Darla Balthazar, Paul Zach, Colorvault, bodie, Tom Read, Jonathan Ogden, Ri-An, IMRSQD…gosh I could go on and on!

-How can our readers be praying for you right now?

I’d ask readers to pray for me to stay connected to God and inspired by the Holy Spirit as I enter the studio again in August. I’ll be recording a 4 song EP produced by Paul Demer where each of the songs covers a part of Jesus’s life and ministry. The first song called “Greatest of All” will be released for the Christmas season! And I always appreciate prayers for my important calling in motherhood. My children are ages 11, 9, 6, and 4, and juggling the important roles of wife, mother and musical creator is a blessed, beautiful and sometimes challenging balancing act.

Read our review of America | (Pssst, Our PARIAH album review is being posted tomorrow) 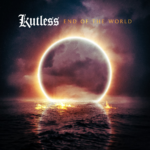 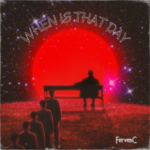 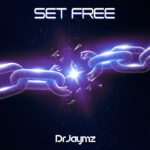