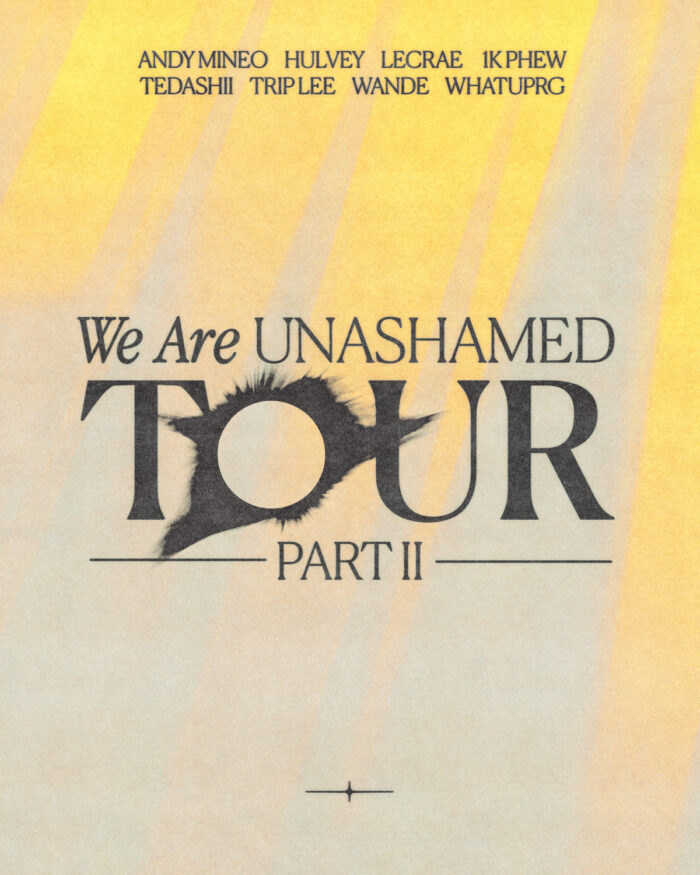 116 is on the MOVE again! After a successful first leg of the We Are UNASHAMED TOUR throughout mid-west, south, and southeast regions in the spring, part II of the We Are UNASHAMED tour is continuing onward to the west coast. Reach Records has announced 17 new cities to include San Diego, San Jose, Sacramento, Los Angeles, Phoenix, Kansas City, Milwaukee, Detroit, Knoxville, Memphis, Nashville and more.

The tour, branded We Are UNASHAMED, references Roman’s 1:16, “For I am not ashamed of the gospel, because it is the power of God that brings salvation to everyone who believes!” The verse developed from a mantra and into a movement for Reach Records, its artists and believers of the 116 Lifestyle. The lineup will include electrifying performances from Lecrae, Andy Mineo, Trip Lee, Tedashii, 1K Phew, Wande, WHATUPRG, and Hulvey!

Please see below for cities/dates!