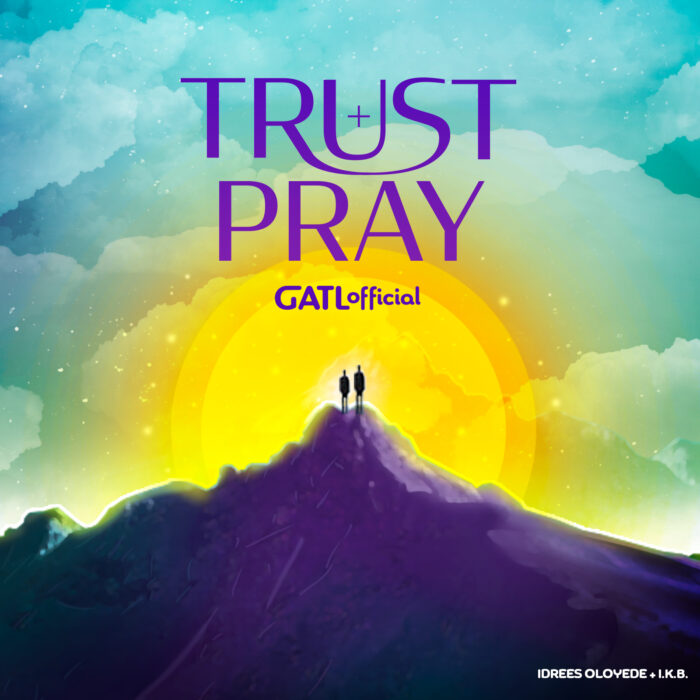 Friday the 25th of March saw the debut album release from GATLofficial, ‘Trust + Pray’. This comes after three consistent single releases since the 25th of December 2021.

This is a Lo-Fi album/instrumental album, inspired by popular worship songs, hymns and self written songs. The album features Tolu Oloyede who sang and played bass on ‘Trust Without Borders’ which was released as a single in February 2022. The album also sees Isaac K. Busari (GALT’s in-house illustrator/designer), adding his smooth vocals to the Lo -fi rendition of ‘Prayer Of A Broken Heart’ which he wrote in 2014.

The theme of Trust + Pray runs throughout the whole album with every song being about trusting in the Lord or encouraging the listener to pray out what is on their hearts in any given moment.

Idrees and Isaac are not only excited for ears to be tuned in to this project but also for the listener to see and experience the visuals that accompany it.

‘Trust + Pray’ can be streamed and downloaded from online music platforms. The album title track is also live on YouTube here.

Idrees Oloyede of Divine Keys (Musician/Producer) and Isaac K. Busari (Graphic Designer & Illustrator) are combining resources to release music under the united name of GATLofficial which stands for Gospel According To LoFi. The main purpose of GATL is to provide Good Music, Good Vibes and Good News through everything that is created.

Stream it | Plug in