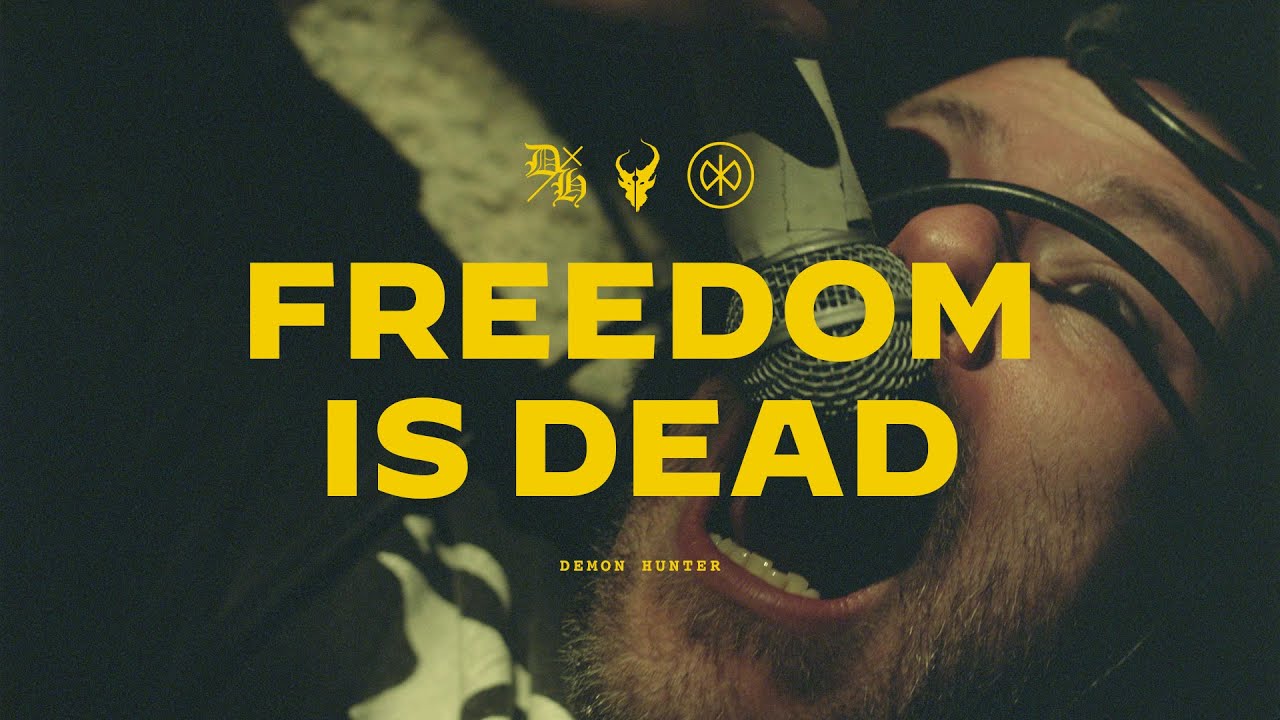 Demon Hunter have released a new single and music video, Freedom Is Dead. The song is off their upcoming concept album Exile which is slated for release September 9th.

The album will be released alongside a 4-part comic series of the same name. The band’s website sheds light on Exile’s story…

In the not-so-distant future, tech has overtaken real life in frightening ways.

Society has divided. Freedom has died. The vast majority align with a faction called the M.A.S. – an organization that doles out harsh sentencing to anyone at any time for anything they deem disagreeable. The rest have either been hunted down and killed or have quietly vanished into obscurity. These few survivors—dubbed “The LOTUS” or the last of the undying spirit—fled society in an attempt to preserve their beliefs and survive. They cut ties with tech in order to fall off the grid and set up in disparate, secretive locations around the globe. The only way to find these secret locations is by word of mouth or the appearance of a cryptic symbol only The LOTUS recognizes.

After the M.A.S. raids her home, sixteen-year-old Hunter Woodson finds herself on a solo mission to preserve her family’s history. Armed only with a wooden staff, Hunter must brave this frightening new world and deliver a precious family heirloom to a fellow survivor. It may be her only chance to conserve her people’s legacy, make good on her father’s final wishes, and find true refuge.