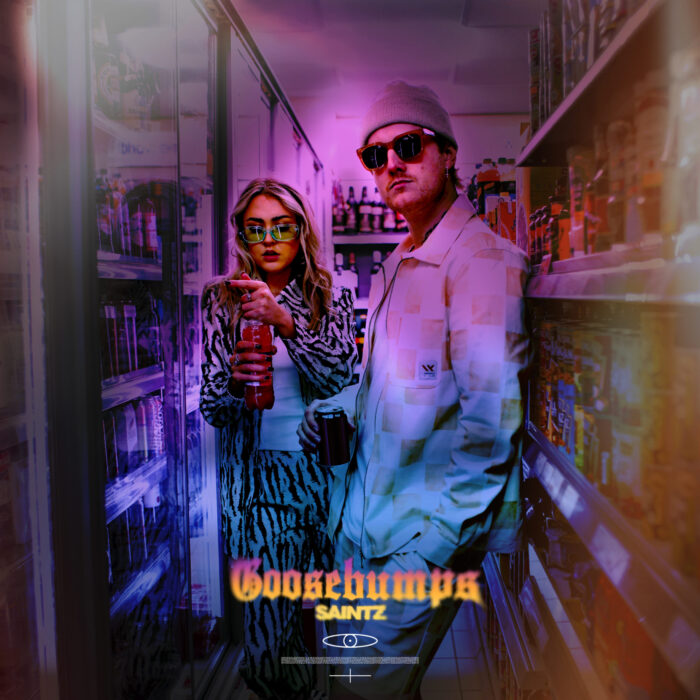 Manchester England based Pop Dance duo Saintz have released their debut album Goosebumps last week.  This album release follows the buzz that Saintz has been creating over the last year with single releases like debut single “You’ll Always Find A Way” remixed by Kelvin Wood, that premiered with EQ Music and reached # 4 in the UK Dance Chart amassing over 185,000+ streams, with the music video gaining 47,000+ views. Their second single “Beautiful World” has reached over 170,000+ streams on Spotify and 82,000+ views for the music video! Saintz followed that success with the release of singles “Undertow” and “Goosebumps” both which have racked up 92,000+ views and 108,000+ views on YouTube respectively continuing the duo’s growth. For the last year throughout the quarantine the duo of Danny Stephenson and Destiny Owen aka Saintz have been working quietly putting together new music. The first taste fans got from Saintz was a 2020 feature on Light Label mates LZ7’s high energy hit single “Getting Wild” that premiered with Ground Sounds. Since then, Saintz has been creating a lot of buzz with singles “You’ll Always Find A Way,” “Beautiful World,” “Undertow,” and title track “Goosebumps” which are all featured on their debut album released last week.

When asked about the release of their debut album Goosebumps Saintz said, “The Goosebumps album is our first ever album as Saintz! We’ve been working hard on pulling this together over the last year, including some of our very first releases and our newest yet. Our aim was to create a feel good album that brings a positive impact. We hope you love it as much as we do!”

Along with new music Saintz has a busy year ahead of them with concert and festivals with label mates LZ7 planned in the UK for this summer. Although the band’s first year was faced with an unexpected quarantine, Saintz has been determined to connect with fans online through social media in addition to guest performances with label mates LZ7 on their Illuminate Live streaming
concert series. Now Saintz can’t wait to get their new music out to fans, so they can use their lyrics and platform to bring a message of light to a dark world, and dive into to some of the major issues people are facing these days including topics such as racism, online presence, resilience and hope for a brighter future, something people need during these tough times. Stand tuned to Saintz socials (below) for more information and on the release of their debut album Goosebumps as well as upcoming tour dates.

Get Goosebumps…by listening to the album here!