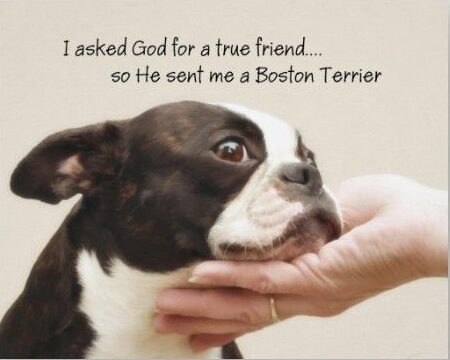 Matthew chapter 7 verses 7-9 (NKJV) says 7 “Ask, and it will be given to you; seek, and you will find; knock, and it will be opened to you. 8 For everyone who asks receives, and he who seeks finds, and to him who knocks it will be opened.” I’ve heard and read this portion of scripture various times but constantly felt doubtful or greedy in applying it to my life and prayer until recently.

In October 2021 our Pomeranian of 13 years and 10 months was put to rest due to a severe heart problem and other concerning health issues. After his passing the house was very quiet and felt like something was missing. My brother who has Down Syndrome was upset and for a whole week he’d knock on the back door and look outside hoping to find our dog, that was given to him specifically. Seeing my brother upset and sad, saddened me more.

After about two months of waiting and contemplating whether we should consider a new puppy, I began to research suitable dog breeds online. For some reason my mom has liked the Boston Terrier breed, therefore I began to focus my search on Boston Terrier puppies. At first nothing seemed to be aligning right, so I thought what if I start praying for a Boston Terrier puppy? The first couple days I made sure to include the puppy as a prayer request but after a few weeks I stopped because I began to doubt and question myself.

Then, a couple of days later I heard my mom watching a teaching from Pastor John Hagee on television and he shared a similar story about his daughter and puppy. When Pastor Hagee’s daughter was small she wanted a puppy so she began to pray for one. One day the Hagee household got a phone call and Mrs. Hagee answered, when she hung up, she informed Pastor Hagee that someone from their church was offering to give them a Pomeranian puppy. Pastor Hagee didn’t want the puppy at first but the fact that his daughter’s prayer got answered, allowed him to receive and accept the puppy, he then joked that he considered the pet one of the best Pomeranians there ever was. Upon hearing this story, I began to change my perspective and say to myself “If God answered the little girl’s prayer about a puppy years ago, then asking for a puppy isn’t a bad prayer request. If God did it from them and does it for other people, then He can do it for you too – if He wants, or if it is His will.”

That night I began praying for a Boston Terrier puppy again but my prayer became more specific. About two nights later I decided to check the AKC Marketplace because I hadn’t searched the site in weeks, and to my astonishment a breeder had listed his Boston Terrier litter just two days ago. The next day we contacted the breeder and by the end of the phone conversation he sent us photos and we chose our puppy!

Boston Bowie Felix fits the description I had been praying for such as the colors, facial features, body frame, and overall cuteness. He is also smart, sweet, and stubborn! Now, I have to focus on praying for God to help transform his behavior in making him a good, obedient dog.

Anyways, the moral of me sharing is to leave you with this word of encouragement, know that no prayer is too impossible, insignificant, unnecessary, or bewildering to God. If you are sincere and faithful in asking and seeking God for guidance, then if it His will and in His due time He will answer your prayer request. Remember to do as Matthew chapter 7 verse 7-11 informs “Keep Asking, Seeking, Knocking”!