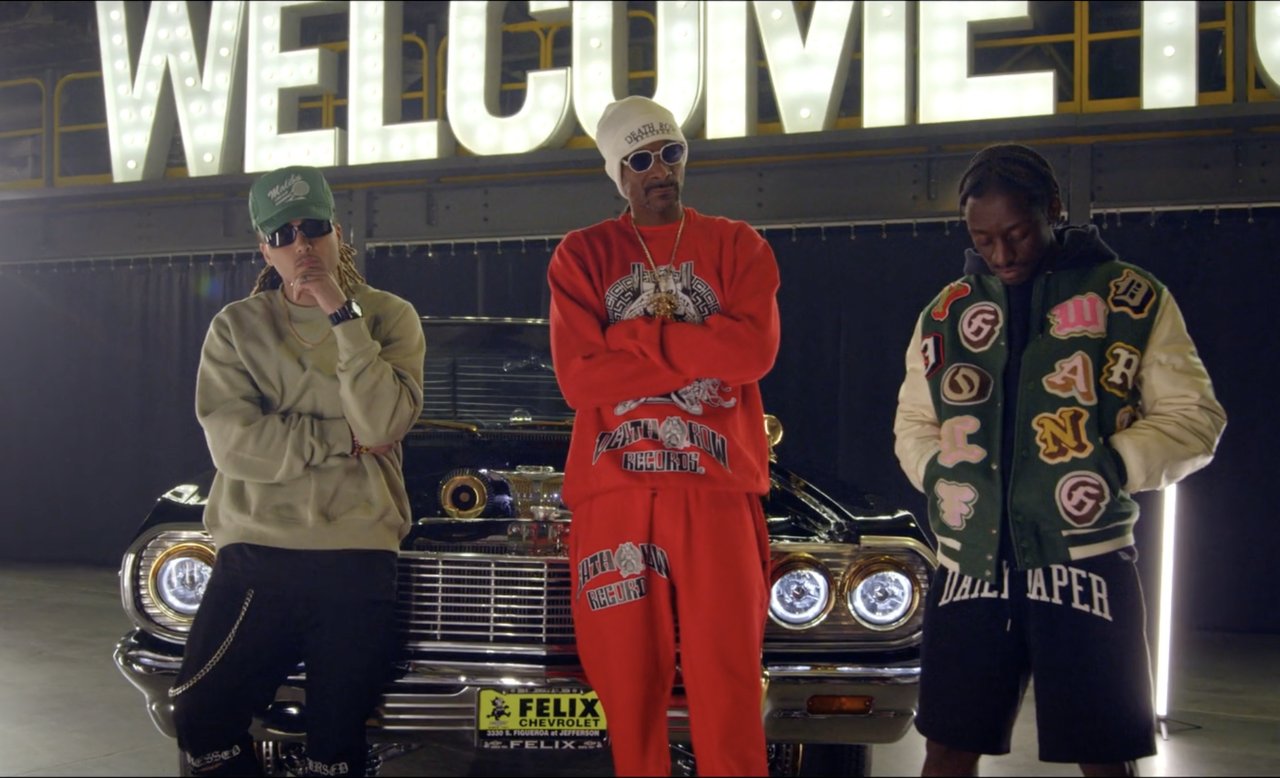 “With this record, I wanted to bring an endless tune that will give people that summertime feeling over and over,” says Malcolm.

“Summertime is back,” declares Snoop Dogg in his opening verse but this isn’t his first foray into Christian music. A self-professed “born-again Christian,” he released his first gospel album with 2018’s Bible of Love, which peaked at Number 1 on the US Gospel Albums chart for seven weeks. That same year, Steven Malcolm found his own success on the gospel chart with “Not To Us / Good Love,” a radio hit that doubled as the first release from his sophomore album, The Second City.

From cruising through LA in a classic Chevy Impala to enjoying the scenic view of the Pacific Ocean with his family, Malcolm basks in the sun and fun of Southern California. Snoop Dogg and Malcolm’s IVAV label mate Jay-Way effortlessly add their suave swagger to enhance a sweetly harmonious bop. The West Coast legend proudly dons Death Row Records apparel as he zips through his rhymes as Malcolm and Jay-Way cheer with excitement. Jay-Way compliments Malcolm’s plush flows with the infectious hook, “We party like it’s summer every day / We put the work in, now we straight / Praise God, look what he did for me / Summer Summertime, and it feel like every day” on a track co-produced by Mikey and Scootie of Social House (Ariana Grande, MGK).

“Summertime” has the makings of a bonafide anthem for the warmer months of the year and is a continuation of Malcolm’s evolution as a lyricist and songwriter.”

“Summertime” is a party everyone is invited to. Today’s release was added to Spotify’s New Music Friday Christian and Apple Christian’s Best New Songs chart. Watch as rap royalty rides off into the sunset with two rising stars in an IVAV meets Death Row trifecta.

For updates and more information about Steven Malcolm please refer to the social media links below.

On Malcolm’s upcoming album, all 16-tracks explore his spiritual depth and versatility as a hip-hop artist. From the international smash “Fuego (R3HAB Remix)” HERE featuring dancehall icon Shaggy (6.1 million combined DSP streams) to the Dove Award-nominated anthem “Glory On Me” featuring Childish Major & Taylor Hill HERE, Malcolm mixes the spirituality of Sunday morning with the energy of Saturday night. Tree is an eclectic depiction of Malcolm’s past, present, and future.