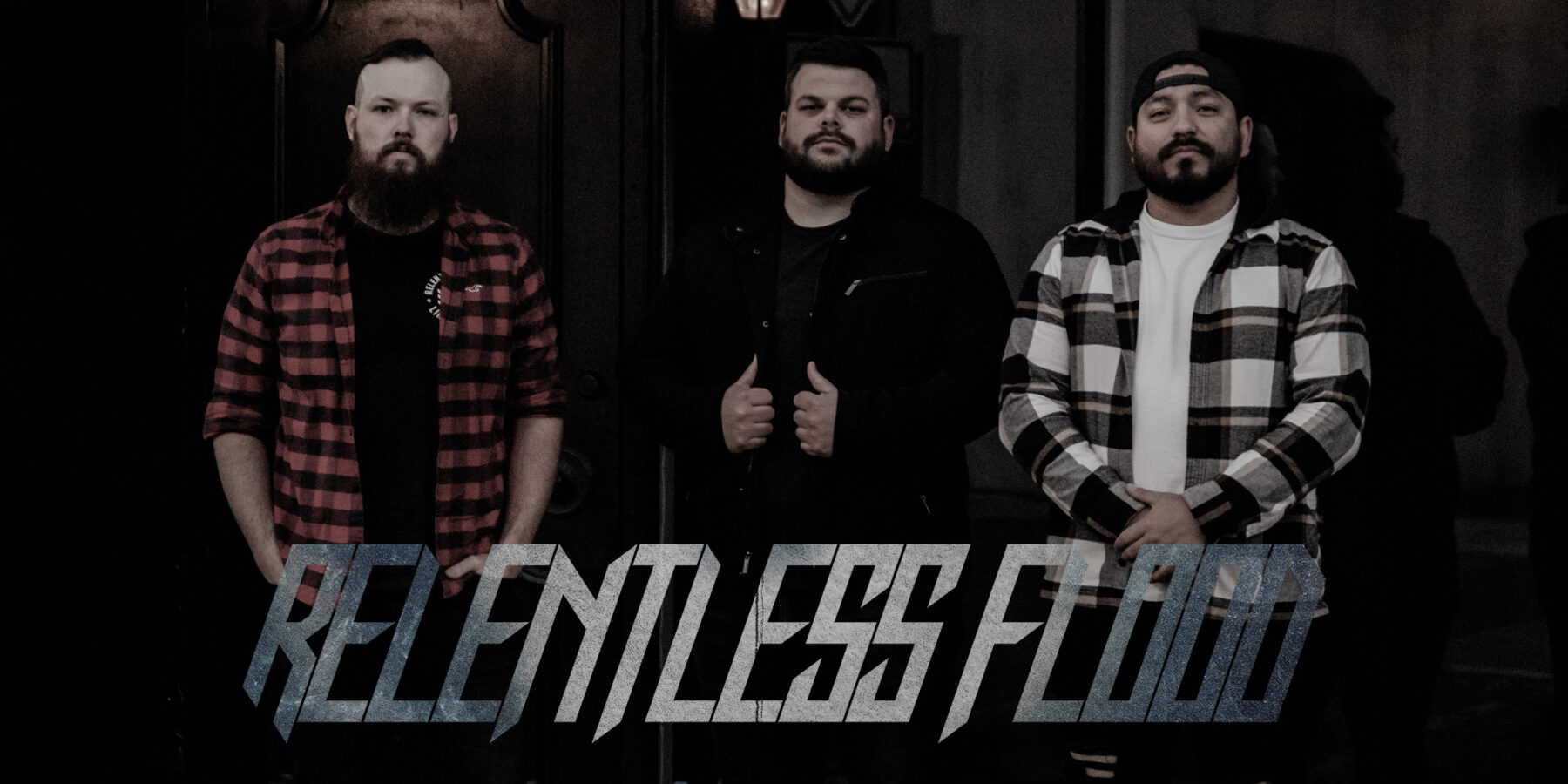 Relentless Flood is releasing solidarity and hope in the form of hard rock with their new 6 song EP, Echoes. The project is available to stream now on all major platforms.

The songs on this project were co-written with and produced by Josiah Prince. Echoes includes previously released singles “In Your Wake,” “Reign Of Terror” and “Echoes,” as well as three brand new tracks. Each one of the songs carries the mission expressed by lead singer Marshal Huffman: “to give hope to the hopeless, peace to the broken-hearted and to share what God had laid on our hearts through the music we create.”

That hope is expressed through solidarity with those who are suffering, offering songs from the perspective of someone who has been there. “‘How It Ends’ is the most personal to one of the band members,” Marshal shares. “This song tells the story of all the feelings that come along with a very difficult life situation that far too many of us have to experience. It is very raw and emotional, yet hopeful. The bridge states it best: ‘Tell me there’s something beyond the horizon. Tell me there’s hope worth fighting for. I know there’s more to all that we’ve been through. I know that we’re worth fighting for.’”

That is a similar perspective to the one laid out in “Echoes,” which was released to rock radio earlier this year: “‘Echoes’ is a song written from a deep place of despair, and longing to be able to feel the warmth of light again. There are times in our lives when we can experience a pain so deep, so overwhelming, that we no longer have the capacity to see beyond it. It’s the kind of inner turmoil and chaos that even makes it hard to hear God. But even in those moments, even in the lowest of lows, He is there. He knows your pain. He loves you immensely. The God of the Universe hears every echo of your broken heart.”

Relentless Flood has been bringing those songs on the road this spring with Disciple, playing dates throughout the south. They will be continuing the tour later this month, visiting Wisconsin, Minnesota, Illinois and Indiana.