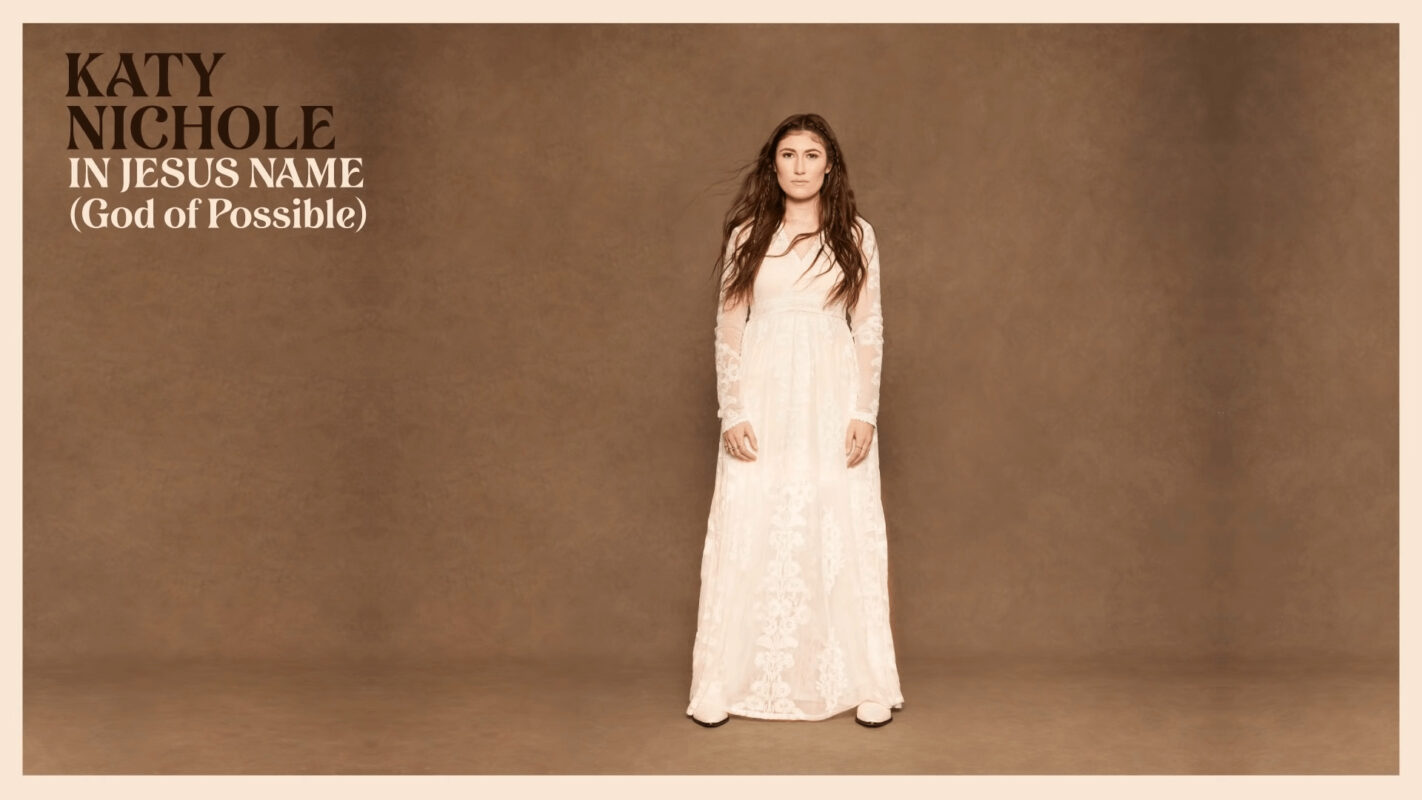 Singer/songwriter, and newest Centricity Music artist, Katy Nichole, hits No. 1 for the first time this week with “In Jesus Name (God of Possible)” on both Billboard’s Christian Airplay and AC Indicator charts. “Making history, the song reaches the Christian Airplay penthouse in its 12th week, completing the quickest jaunt to No. 1 for a female artist’s first entry in the chart’s 19-year history,” notes Billboard. The viral debut single also continues its sixth week atop the Billboard Hot Christian Songs chart while topping the iTunes Christian & Gospel Songs chart for 12 consecutive weeks.

With over 70 events added to her calendar since the release of “In Jesus Name (God of Possible),” Nichole will be featured at Alive Fest 2022 (July 15) along with Skillet and more, Unite At The Cross Music Festival (July 16) with We Are Messengers and others, SoulFest (Aug. 6) with Crowder, Colton Dixon, etc., and Rock The Smokies (Aug. 27) with TobyMac and Newsboys. She also has additional solo events over the next couple months, as well as concerts with Big Daddy Weave and Zach Williams. All the latest tour details can be found at https://katynichole.com/.

21-year-old Nichole created “In Jesus Name (God of Possible)” from words in her prayer journal that were written in the midst of a global health crisis and in response to her own story of suffering, hope and healing. She suffered for years with scoliosis before a new doctor took out the metal rods that had been placed in her back and her spine miraculously went straight, no longer giving her pain. See an inspiring visual story of her going from bedridden to where she is at today at www.instagram.com/p/CcOQDlxvobh.

Now, well over 150 million people across a wide variety of backgrounds around the world have heard the “In Jesus Name (God of Possible)” chorus. Nearly eight million have seen video of Katy listening to her song on radio for the first time (TikTok / Facebook) while over two million have watched her first concept music video on YouTube. Thousands more are sharing the song along with their own heartwarming, sometimes heartbreaking, stories on TikTok as the viral track continues to circle the globe. Katy has also released a piano version of the song.

While her first single is a worshipful anthem ready-made for roomfuls of people to sing, it only reveals one facet of this multidimensional artist who is working on her debut EP to release in June, again drawing from her journal and well of life experiences.