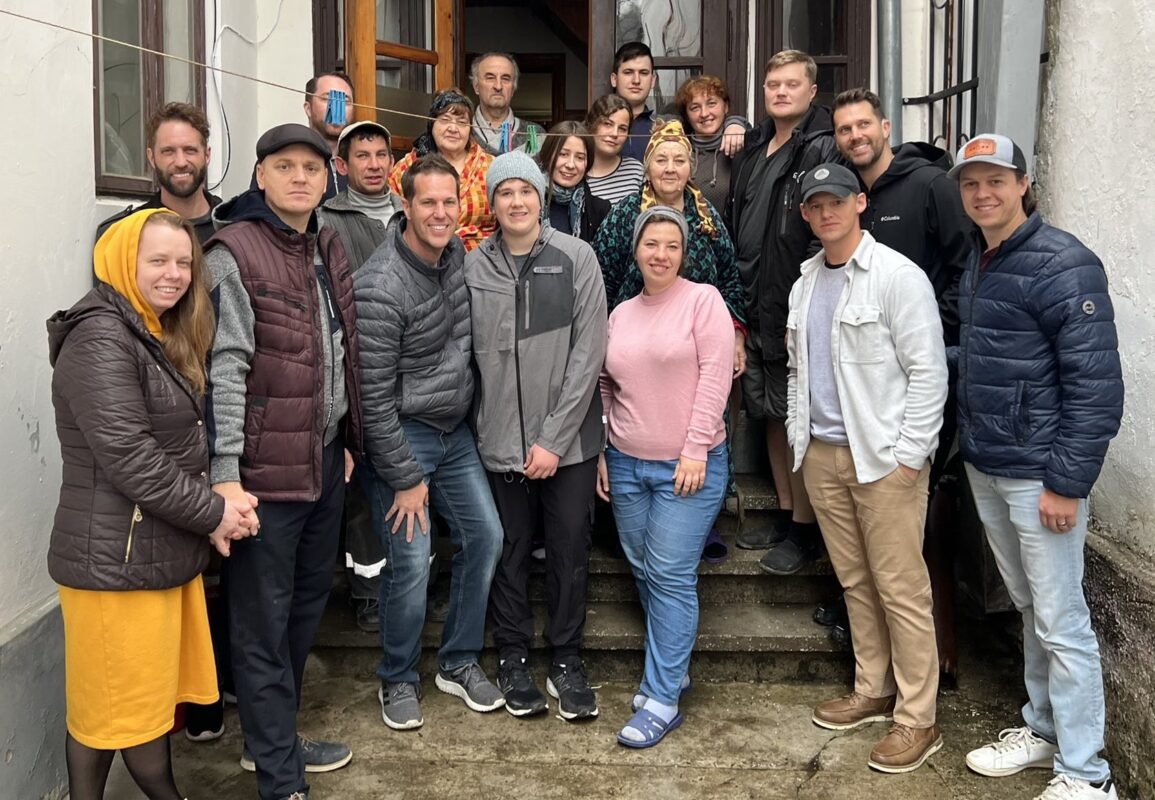 The Ball Brothers Deliver Aid And Song In Ukraine

Along with delivering food items and spending time with Ukrainian families, The Ball Brothers provided special music for the church’s Orthodox Easter Sunday service. The group returned to Cluj-Napoca before departing home to the United States today.

“We went to Ukraine because we were invited by a local pastor who needed help housing and feeding more than 100 people,” said Daniel Ball. “We wanted to use the influence we have been given to help shine a light on some of the specific needs many Ukrainians have right now, as most of those who have been displaced from their homes haven’t left the country. After we arrived at the church, we helped hand out the supplies and had a chance to pray with many who were staying there. We then asked what else we could do for them. They began bringing us photos of their missing family members and a paper with handwritten names and numbers. I will never forget that.”

“My first mission trip was to Romania nearly 26 years ago,” said Andrew Ball. “Initially we had talked of returning to Romania to help Ukrainian refugees there, but the plan changed when we were contacted by those with needs on the southwestern side of Ukraine. We felt God was leading us to go and we couldn’t say no. Besides hearing testimonies of many of the refugees’ escapes, we shared another experience I’ll always remember. When we were able to sing for the church, most of those listening could not understand us. However, through an interpreter after the service, several Ukrainians told us that they could feel every note and every single word in their heart while we sang.”

ABOUT THE BALL BROTHERS

Since their inception in 2006, The Ball Brothers—consisting of siblings Andrew and Daniel Ball, brother-in-law Chad McCloskey, and newcomer Rhett Roberts—have been entertaining and ministering to audiences across the country and around the world with their unique vocal harmonies and energetic stage performances. Their videos have garnered more than 100 million views, while their single, “It’s About The Cross,” became a #1 iTunes Christian hit. They have been featured in the Platinum-selling Gaither Homecoming video series and have shared stages with such genre leaders as Casting Crowns, Mandisa, Point of Grace, and Jason Crabb. The Ball Brothers perform regularly at churches, festivals, conferences and fairs throughout the US.