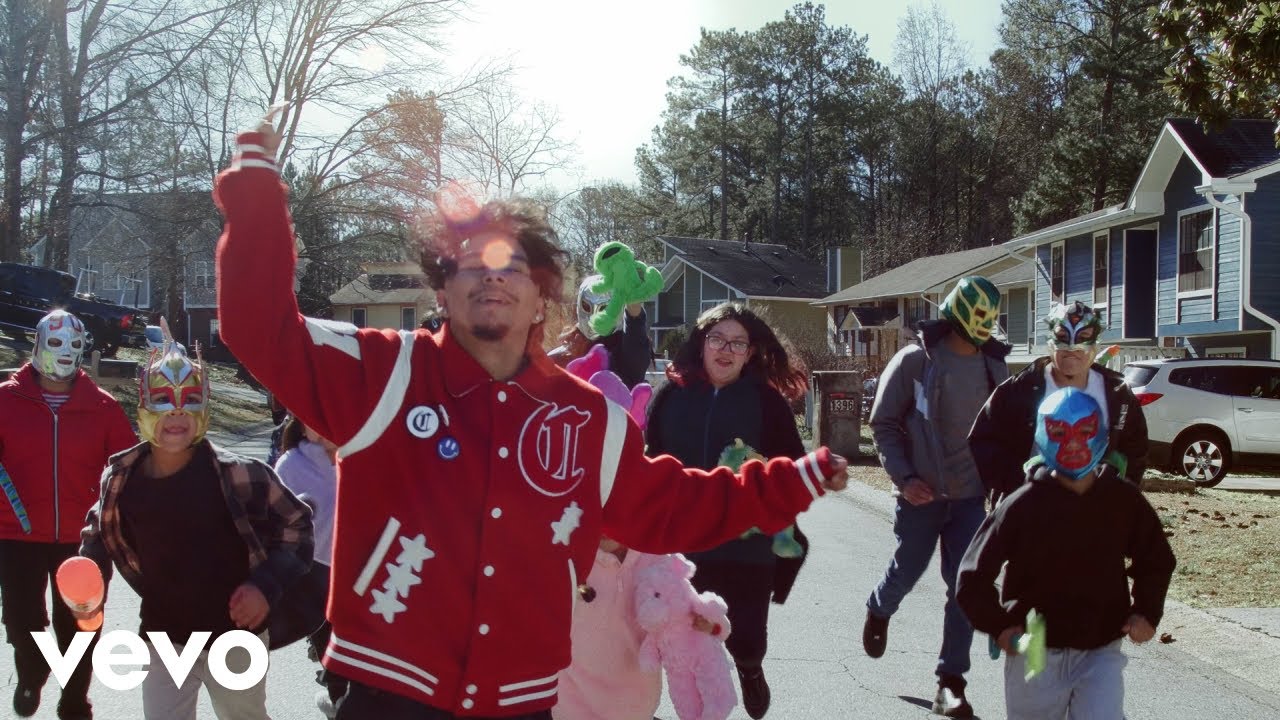 “New Hollywood is a place where you don’t have to have to act, you can just be yourself,” shares Reach Records artist, WHATUPRG, about his forthcoming album of the same name! His trademark combination of Latin rhythms, trap music, flawless lyricism, and captivating storytelling has enshrined him as an artistic elite amongst his peers.

With his second album, New Hollywood, releasing shortly, WHATUPRG is emerging from the Christian music scene and onto the world stage. Through his new song and video, “KIDS,” he sends a message on the behalf of the unaccompanied migrant children being kept in cramped government detention facilities on the US southern border with Mexico at the time of the song’s recording. “I want them to be released from physical captivity and I want all kids freed from the expectations that they be anything other than themselves.”

Born Raúl García, the Mexican-American, Georgia native from Gwinnett County, has had his own personal experiences with the United States Immigration and Customs Enforcement (ICE). In his music video, “4AM, a long-form feature with Hiphipdx.com, he shared his emotions. At the age of 16, at four o’clock the morning ICE, came knocking down his door. They were in search of his Mexican immigrant father. Terrified, he along with his mother and younger sibling, tearfully watched as ICE cuffed, detained, and then deported his dad for violating U.S. immigration laws.

The video for his new single and song, “Kids,” the first single from his forthcoming New Hollywood album, uses Mexican imagery (the children wearing luchador masks) to give a subtle nod to the experiences of Mexicans in America. In contrast to the immigration policies which have resulted in children being locked in cages at the southern border, in the video, you see them floating in the air, symbolically freed from bondage. The masks the children wear in the video were originally worn by the luchadores (wrestlers) and have become an iconic symbol of Mexican culture. “I used to jump off my dad’s ladders to my trampoline, ‘cause I wanted to be like Jeff Hardy or Rey Mysterio,” shares RG. “I wasn’t afraid of falling, I was just being a kid. Looking back, I was fearless, and that’s the same energy that I wanna approach life with.  I want to jump off the top of the ladder and be bold in who I am as a child of God.  Through my music, I want people to know that you don’t gotta pretend to be anything you’re not. Whether you got it all together or not, who you are is enough in God,” he explains.  “That’s where the idea for free the ‘Kids’ was born. If you have a dream, go for it: be fearless and trust that God put those desires in your heart.”

Through his lyrics, listeners will find a creative powerhouse who is putting himself in the context of a new generation, questioning the role Christianity, asking us to realize the humanity that has needed to find and create personal and world peace. To all who are weary and heavy burdened, welcome to New Hollywood!