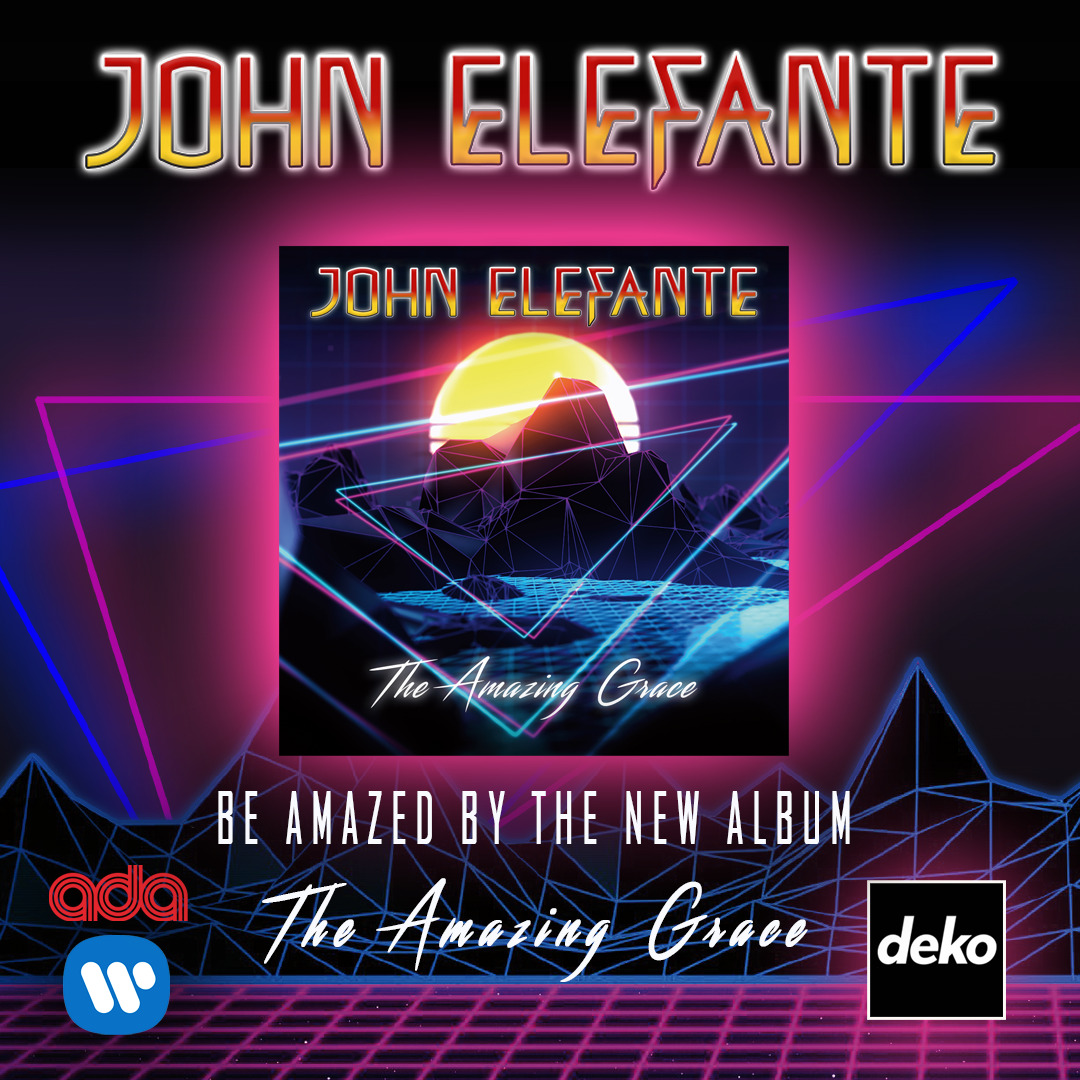 The voice of the chart-topping hits by Kansas, “Play the Game Tonight” and “Fight Fire with Fire,” is ready to release a brand new studio album. “The Amazing Grace” by John Elefante will be out in North America at the end of April through Deko Entertainment (ADA/Warner Music Group). As an artist, Elefante’s credits include writing and singing lead vocals on three multi-platinum albums; as producer, his albums have earned numerous GMA Dove Awards, four Grammy Awards and seven Grammy nominations.

The first single and lyric video for “Stronger Now” is out now and Elefante had this to say about it: “There are many obstacles in our lives that will attempt to stop us from living a full and fulfilled life. We need to take on each challenge and climb the mountain, face the battle. The journey to the top can be hard, but the rewards are great.  “All things are possible. You will need both faith and help. Face the challenge, if you fall, get back up and keep going.  You can be ‘Stronger Now.’”

“The Amazing Grace” contains ten brand new songs and it is sure to please diehardKansas fans with tracks like “Won’t Fade Away” and the first single,“Stronger Now,” and is rounded out by equally astounding tracks including the beautiful title track “The Amazing Grace.”You can pre-order the album now and get the Limited Edition Autographed Expanded Booklet (while supplies last) that contains extra photos, lyrics, and the inspirations behind the songs.

You can pre-order the album now and get the Limited Edition Autographed Expanded Booklet (while supplies last) that contains extra photos, lyrics, and the inspirations behind the songs.

Track Listing:
City Of Grace
Stronger Now
The Amazing Grace
Time Machine
Won’t Fade Away
Not Alone
Falling In To Place
We Will Be Fine
Little Brown Book
And When I’m Gone
City Of Grace (Long Version)