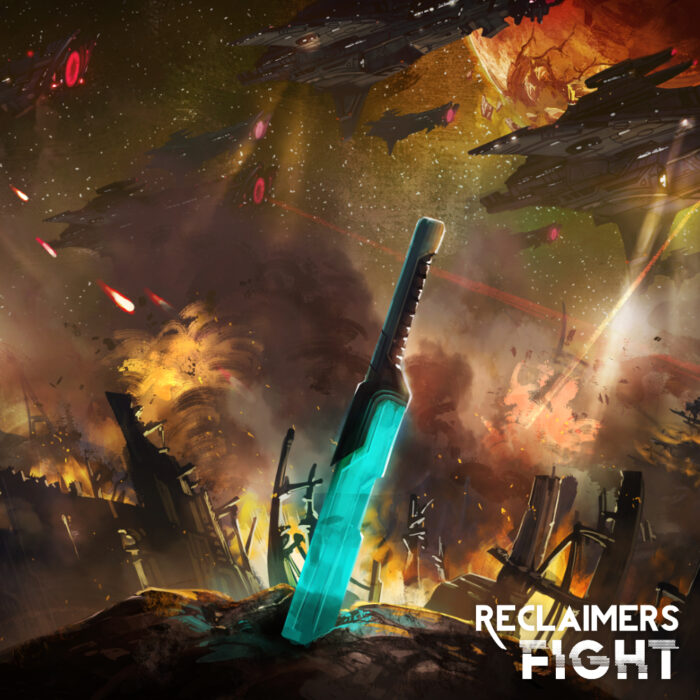 Reclaimers, the rock project from Samuel Day along with band members Michael Cerrone and Brad Tillery, has released a sweeping battle cry of a song with new single “Fight.” You can get “Fight” on all major platforms at https://bit.ly/RecFight2, and watch the accompanying lyric video below.

The track follows the stand-out success of last year’s chart climber “Say What You Will,” which was the #3 song of the year for 2021 on the CMW rock chart. With an ambitious electronic rock sound reminiscent of Starset and Skillet, “Fight” paints a picture of victory.

“We live in a world that’s constantly trying to undermine our faith. I often encourage people to operate from a viewpoint of victory, firmly knowing that it has been won for us,” Samuel Day shares. “As we grow in that awareness, we can see more results in our lives. The fight is to not be moved from the victory that Jesus provided, especially when emotions and circumstances are raging. So much of it comes down to what we choose to focus on.”

That message naturally found its niche in Reclaimers. Although he creates electronic pop under his own name, Reclaimers has become an outlet for a hard rock sound he has loved for years. “When I was in college, I really loved music that fused the pop and rock worlds together,” he recalls. “As my solo project became more focused on pop and contemporary music, Reclaimers became the new home for the heavy material I was also writing. Doing both projects in tandem has helped develop those muscles and reach audiences independently, but the lessons learned still bleed across.”

Those lessons have come through years of a DIY approach to music creation and promotion. Samuel has historically built his projects from the ground up, but Reclaimers is coming into its own and incorporating more collaborators. That’s evident even in the “Fight” cover art, which is an original painting from Kenji Gonzales. The piece harkens back to previous singles from Reclaimers.

This is just the first of more to come from Samuel Day, who is currently collaborating with producer Jacob Stanifer on more solo music. Through every step of this growth process, Samuel is able to expand the ways he’s offering listeners encouragement and empowerment through the message of the gospel.

“I wanted to write an anthem reminding people that faith is something you grow in. That includes both action and rest,” the multi-talented songwriter says of “Fight.” “The goal is to pump listeners up like the trainer or encourager that they might never have had, with a rebellious attitude toward the forces that would try to pull them away.”