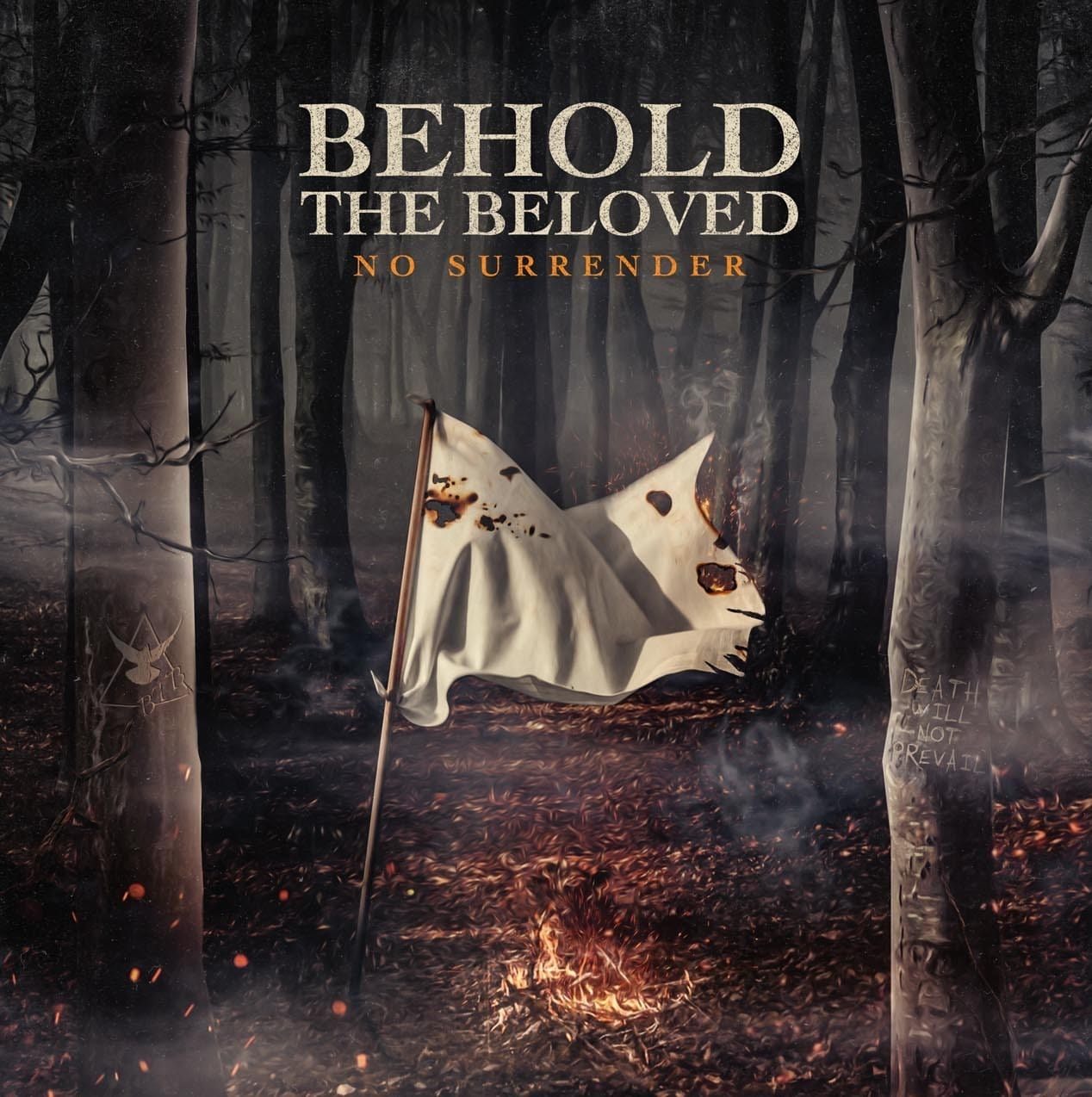 Behold the Beloved Offer No Surrender on Electrifying New Album

Pennsylvania rockers Behold the Beloved have just released a new record titled No Surrender. It’s a solid record, and draws listeners in with its engaging message and energizing music.

The album starts off strong with “Uncaged.” The song begins somewhat subdued and restrained, with just vocals, single chords ringing out on guitar, and a steady beat on the drums, building anticipation for the rock n’ roll that’s to follow. A moment later, the song kicks in with some fun guitar riffs and energetic drums, setting the tone for this rocking album. With Jason Stauffer on rhythm guitar and Tim Kitchen on bass, they provide a rock-solid foundation and give the album even more depth. The powerful bridge declares that we were not given a spirit of fear, and we won’t back down from proclaiming the name of Jesus Christ. God has given us a spirit of strength, and the world cannot cage us in and prevent us from sharing His message of love and power.

Next up is “Come Alive,” which has an intriguing beginning, starting with strings pounding out a rhythmic riff. It gradually builds, adding drums and leading into a brief guitar solo. “Come Alive” features Kevin Young of Disciple on vocals, a perfect complement to lead singer Sean Green’s voice. This track sings of the power of the Holy Spirit, “divinity inside of mortal man,” guiding us in our relationship with the Father and giving us the strength to carry on.

Often in life, we want to hold on to our old ways. Even though these old ways can be destructive, they are familiar, and it can be hard to open our clenched fists and reach for the hand of Christ. We eventually get to the end of ourselves and have no choice but to reach out to Him. This is the message of “Clenched Fists,” a hard-hitting rock song, including a searing guitar solo from guitarist Jeff Lehman. “Trenches” is a compelling and energetic call to action, an anthem urging believers to burn their white flag and not surrender to the strongholds in our lives that drag us away from victory in Christ. We all struggle and sometimes encounter an inner war, but we are more than conquerors through the blood of the Son. Jesus is faithful in the trenches, and we can rely on Him through anything.

“Rescue Me” is a pensive and quiet moment. It begins with gentle piano and acoustic guitar, allowing Sean Green’s strong voice to shine through with a soaring melody. As the song progresses, it intensifies with a full crescendo, adding drums and strings, accentuating the powerful message of the lyrics. We’re all in need of saving, and we can leave all of our fears behind because we know that Jesus will rescue us no matter what we’ve done or been through.

No Surrender ends with a cover of the Mosaic MSC worship song “Tremble,” Behold the Beloved putting their own rock spin on the track. As the song builds, proclaiming the power of the name of Jesus, Sheldon Stauffer’s drumming matches the intensity, imbuing the song with even more energy. This is the perfect way to end the record for a band who is strongly dedicated to proclaiming the name of Jesus and sharing His love with their listeners.

Behold the Beloved effectively combines electrifying music with dynamic lyrics. No Surrender has moments that will have the listener pumping their fist in excitement, and moments that will encourage and strengthen their faith. With a release like this, we can’t wait to see what is in store next for this fantastic band.