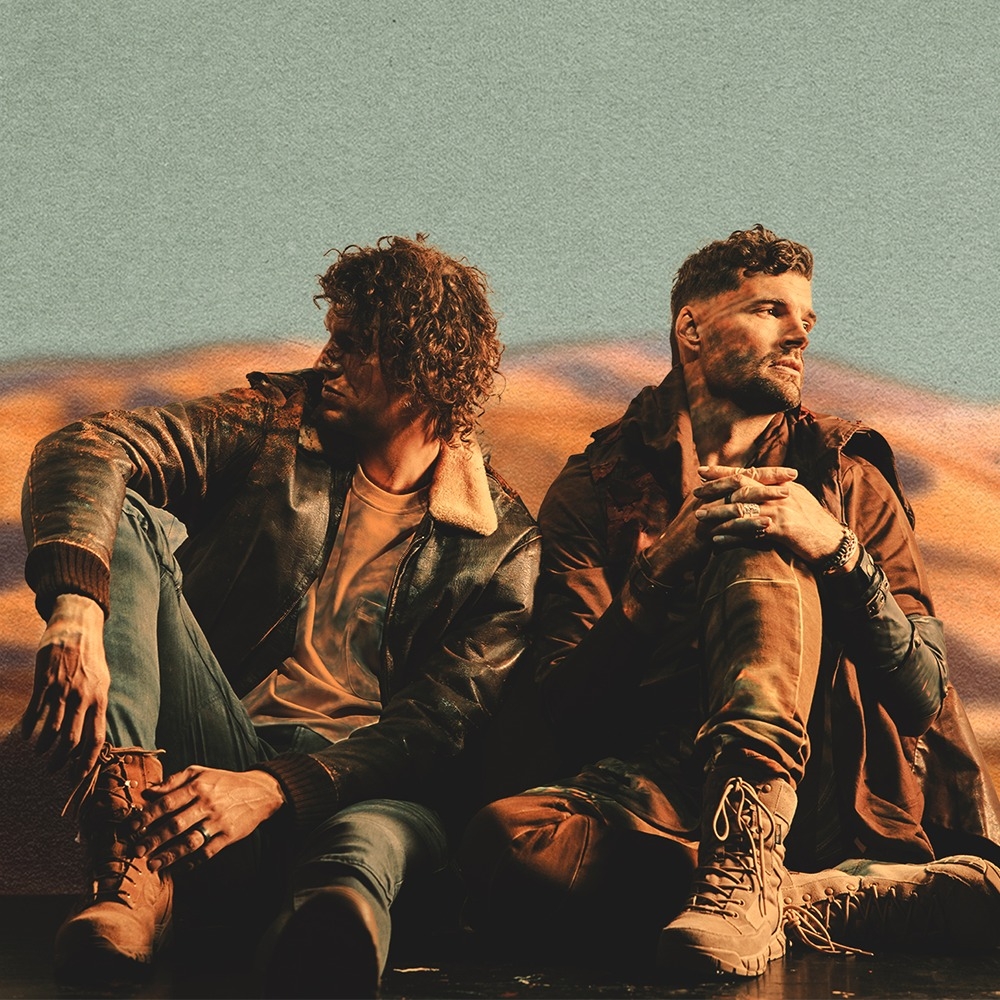 Multi-GRAMMY® winning duo and Curb | Word Entertainment recording artist for KING & COUNTRY drops their new album WHAT ARE WE WAITING FOR? today, alongside their new music video for the track, “Broken Halos”. The duo is also gearing up for their 2022 U.S. 34-city tour which kicks off on March 31 in Southaven, MS and continues through May 22 in Franklin, Tennessee.  Additionally, for KING & COUNTRY will offer fans a free online performance experience, What Are We Waiting For? | The Worldwide Special, filmed in the Mojave Desert in California, featuring new material from the album, airing on Monday, March 21 at 7:00 P.M. CT.  The special event will be available on Facebook and YouTube.

for KING & COUNTRY will also be holding special in-store album signings at three different Mardel stores across the U.S.:

The video for “Broken Halos” was shot in Eagle Mountain, California, described as a “modern-day ghost town,” in which the duo fly through the depths of brokenness, while gravity tries to keep them stuck on the ground. Finally finding their wings, rocks, dirt and their mistakes falling past them, they launch into the beauty and majesty of the mountains, finding their strength as the song lyrics suggest.

WHAT ARE WE WAITING FOR?, for KING & COUNTRY’s fourth studio project, features the talents of brothers Joel and Luke Smallbone, with 13 new original tracks that confront relevant issues and confirm the duo’s commitment to community, unity and family. Set against a sonic backdrop painted by the Platinum-selling group’s lush, vivid pop, the collection features cameos from Dante Bowe, Kirk Franklin and Tori Kelly, and includes barrier-breaking single “RELATE,” awe-inspiring “For God Is With Us” and unifying No. 1 hit “TOGETHER.”  “What Are We Waiting For? – The Tour” will take for KING & COUNTRY to arenas across the United States, performing brand new songs from its upcoming album for the first time, against the backdrop of an all-new stage design.

“The last two years have been very unique for all of us,” says Luke. “It’s been a strange time. Going through struggle, you end up asking yourself some interesting questions like ‘What am I doing with my life?,’ ‘What do I want to be known for?,’ ‘What am I living for?’ I think the phrase, What Are We Waiting For?, encompasses the meaning behind this album.”

Joel Smallbone adds, “The last few years have taken us from wondering what was happening, to worrying. This album was a way to look at and write about — from a family perspective, from a spiritual perspective, and from a global perspective — this global suffering that we’ve all walked through. Our hope is that this title means something slightly different to each of us. This album is an opportunity for us, together, to get moving together again into what we believe is a very bright future.”

for KING & COUNTRY / What Are We Waiting For? track listing includes:

For God Is With Us