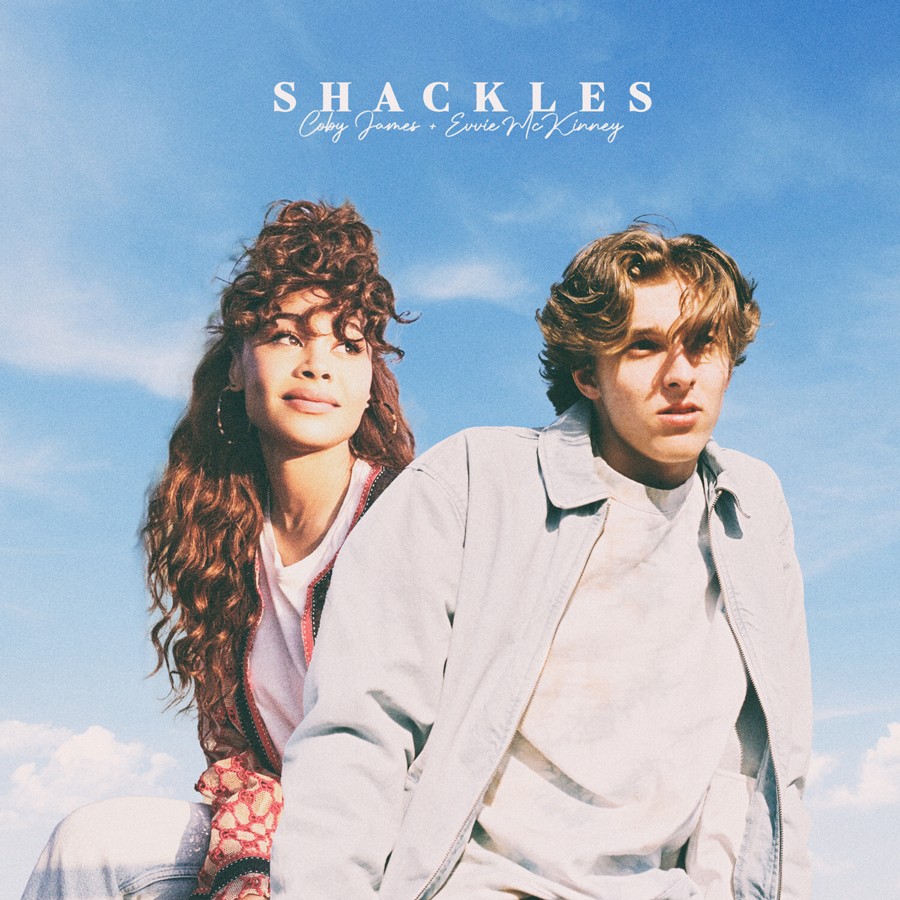 With John Mayer, Justin Bieber, Shawn Mendes and other influences apparent in his music, James infuses his popular music stylings with soul, urban gospel vibes on “Shackles (Praise You).” This song showcases his rare talent alongside McKinney, winner of the inaugural season of the TV singing competition The Four: Battle for Stardom on FOX.

“‘Shackles (Praise You)’ is such a killer song, and I am excited to introduce it to my generation! Most of us weren’t even born when the original came out,” chuckles James. “Even cooler that I get to sing a Mary Mary song with Evvie during ‘Women’s History Month.’ I’m hoping that music fans think our cover is a worthy tribute to the original.”

“We value fun a lot. And we also aim to develop new artists for the future of the format,” adds Kris Love, Centricity Music’s Senior Director Of National Promotion. “What better way to increase the joy on the radio than with two great young artists and a fantastically fresh take on a familiar classic and joyful song from 20 years ago!”

Playing “Shackles (Praise You)” live during the recent NewReleaseToday.com “We Love Christian Music Awards,” where he was nominated for New Artist / Group of the Year, James’ new single becomes his second release to AC radio following last year’s Billboard Top 10 Hot AC/CHR hit “Brand New.” “Brand New” not only received significant airplay across the nation, but became James’ first K-LOVE Radio Network-premiered concept video. James has also notched a Billboard No. 1 song as a contributing writer on Courtnie Ramirez’s track, “Who We Are, ” and co-wrote his own Top 5 hit “Born Ready.”

In addition to the singles, James has released two acclaimed, self-produced EPs, Mixtape, Side A, which unveiled a set of pop jams, and Mixtape, Side B that shines a spotlight on his acoustic sensibilities rooted in his masterful guitar skills and penchant for storytelling.