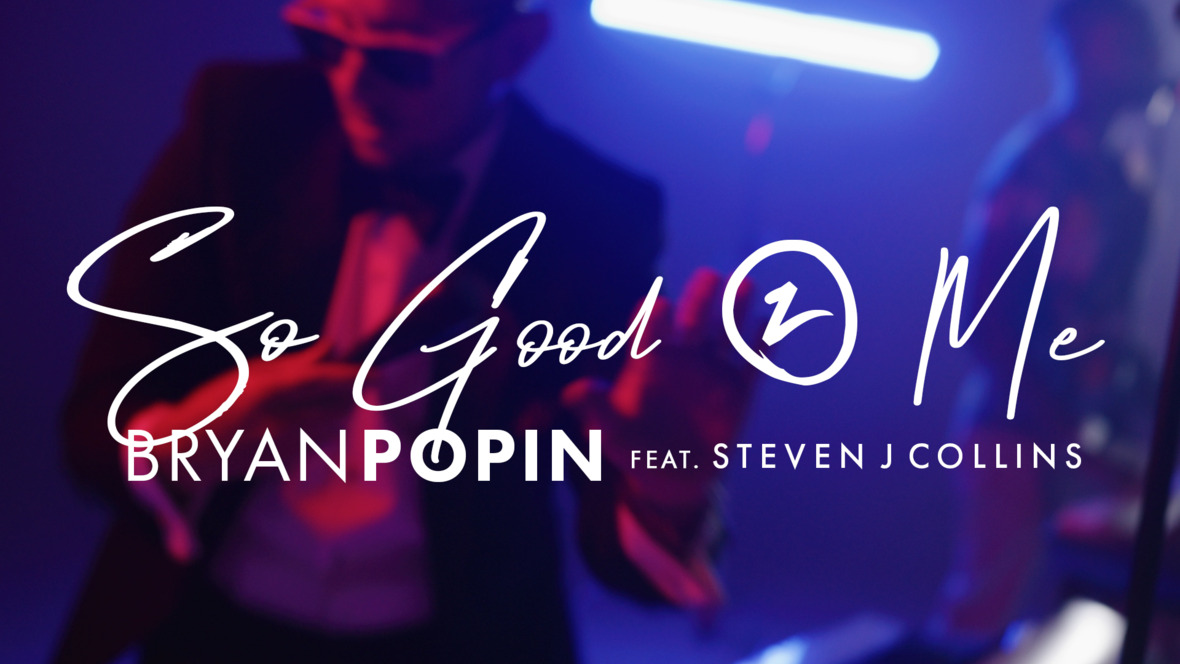 After announcing the March 11th premiere of his forthcoming music video on social media earlier this week — along with dropping the trailer, chart-topping recording artist Bryan Popin takes time to appreciate his blessings like only he can with the release of his official music video for “So Good 2 Me,” featuring Steven J Collins (H.E.R./Rodney Jerkins/Snoop Dogg/DaniLeigh).

Directed by award-winning filmmaker Will Thomas, “So Good 2 Me,” filmed in Atlanta, GA made its world-wide premiere today on Bryan Popin’s YouTube/VEVO channels, and is now starting to gain traction and make an impact at Gospel radio, with a growing number of Program Directors adding it to their station’s regular rotation.

Released on July 23rd via his record label Little Boy Wonder Music in partnership with Fred Jerkins’ DarkChild Gospel, “So Good 2 Me” is written by Popin, who also co-produced the track with Ay’Ron Lewis (Kirk Franklin/James Fortune/Zacardi Cortez). The song is the follow-up to his Billboard #1 song “Beautiful Savior” featuring Tasha Page-Lockhart.

“This past year has been incredibly difficult, confusing, hurtful & sad,” states Popin. “Yet somehow, I’m still here. Still have a purpose & a reason to be here. I will not stop singing how good GOD is. He kept me. He protected me. He blessed me. I can go on and on and on about how good He is! Even if my current situation is not good, HE is good! For months I could not stop singing the hook OH GOD YOU’VE BEEN SO GOOD TO ME before finally deciding to finish writing and record the song. Yeah, sometimes we will suffer and must endure the suffering. But, He is still faithful and I decided to sing about His goodness… Now give me a beat & some funky horns! Oh God you’ve been SO GOOD 2 ME!”