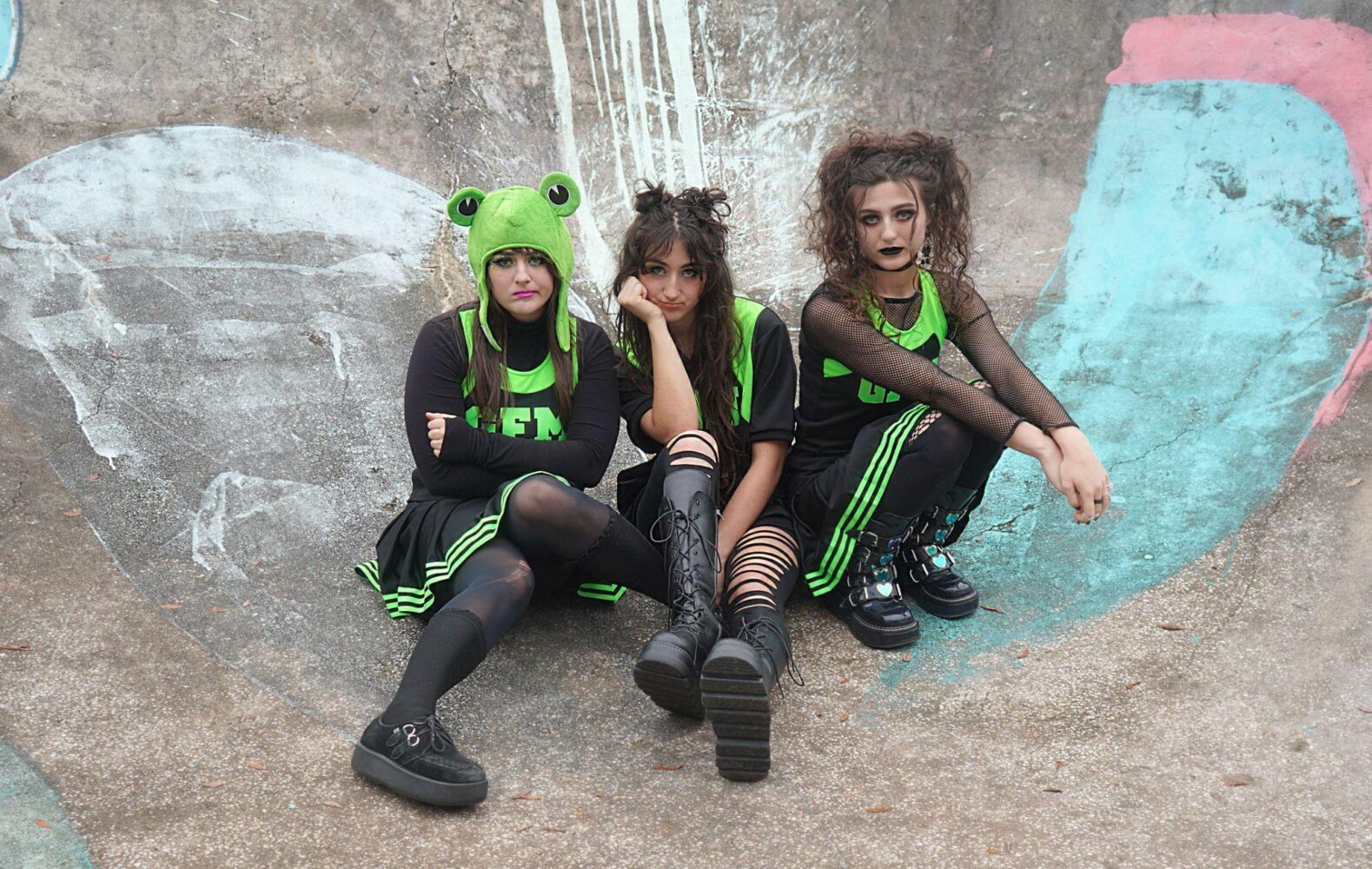 Today metal girl group GFM (Gold, Frankincense, and Myrrh) announce their upcoming Spring tour with metal heavy-hitters Fozzy. Powerhouse Chris Jericho personally became a fan of the band before inviting them to hit the road alongside his beloved metal group. GFM are thrilled to play fan favorites from the Operation Take Over EP and to build anticipation as they gear up for their next release:

“This tour with Fozzy is going to be a game changer for GFM. We’re finally getting to play in cities that fans have been asking for for years, and we’re able to do it alongside a powerhouse like Chris Jericho. We’re excited to learn and grow and meet tons of new people.” – Maggie, Vocals and Bass for GFM

GFM (Gold, Frankincense, and Myrrh) is not your average teenage girl band, these three metalhead sisters are heavy and loud, and triumphantly taking on the stage with a genre of their own, which they have penned BEAUTYCORE. Formed by the English sisters Maggie (Bass and Vocals), CJ (Guitar), and Lulu (Drums) in Jacksonville, FL, GFM is a band set to break boundaries. They’re bringing life back to rock and metal and giving heavy music fans of all ages a space to thrive.

The sisters’ musical journey began in 2016 when they worked on their first album Identity Crisis with producers Jake Jones and Justin Forshaw (We as Human). In 2017, the girls went on their first U.S. tour and the demand was so strong for GFM that they went out again the following year on another U.S. tour, finishing out the season with their first trip to Germany for the Loud & Proud Fest where the band was met with thousands of loving fans. GFM’s live show is unmatched as the trio come alive through iconic wardrobe designs and unparalleled charisma. They have shared the stage with artists such as Motionless in White, Breaking Benjamin, Demon Hunter, A Day To Remember, Disturbed, Halestorm, Chelsea Grin, and more.

In 2019, GFM released their much-anticipated EP, Oh, The Horror!, after working with Eric Varnell and Billy Decker (Uncle Kracker, Sam Hunt) and headlined their own summer U.S. tour. 2020 contained their first acoustic tour along with the release of their first two singles off of their upcoming EP, Operation Take Over. At this time, GFM caught Joey Sturgis’ (Blessthefall, Asking Alexandria, Of Mice & Men) interest, and he got involved in the production process along with Varnell & Decker. Their song, “Give Me A Sign,” has reached 517k streams and they have a total of 2 Million overall streams on Spotify.

In 2022 the band was discovered by wrestling phenomenon and rock royalty Chris Jericho. This led GFM to their next chapter – a personal invitation from Jericho to join Fozzy on a nationwide tour.

Stay up to date on GFM’s upcoming announcements HERE.