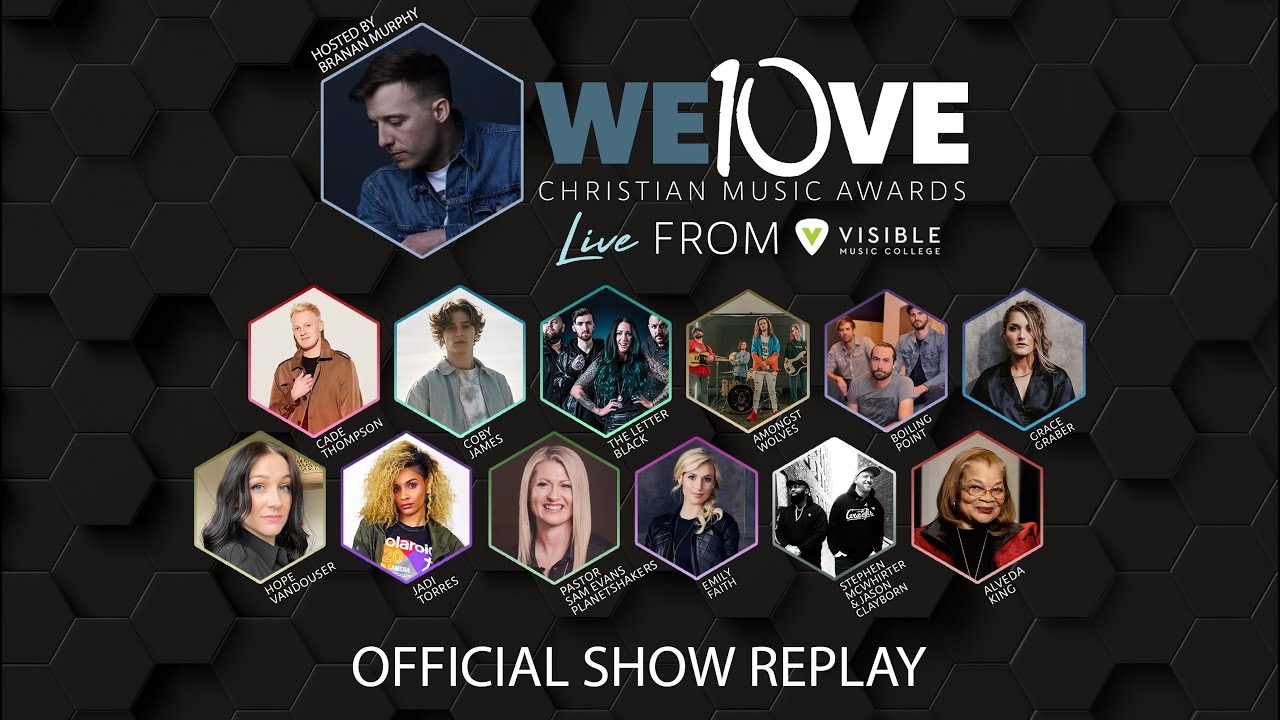 Winners in all 24 categories of the 10th Annual WE LOVE CHRISTIAN MUSIC AWARDS (www.WeLoveAwards.com) were announced during the live, 2-hour ceremony that took place at Visible Music College (www.Visible.edu) in Memphis, TN on Tuesday, February 22, 2022.

“This is a special album to me,” Phil said in his acceptance speech. “Every song was just written to preach to my own soul of who I am in Him and how great Jesus is. It’s amazing that this record is doing the same for other people too.”

“I’m just so blown away by how God is using my ministry and my music to impact people,” shared Anne. “It’s such an honor that I get to do this and spread His name across the world.”

In addition to celebrating the evening’s winners, there were 14 live and pre-recorded performances from multiple nominated artists and special guests, bookended between sets from comedian Jeff Allen.

A highlight of the evening was welcoming Dr. Alveda King to the stage who accepted the first annual UNITY Award after a special presentation by President Donald J. Trump.

After leading the audience through “Jesus Loves the Little Children,” she encouraged everyone to choose unity over division. “Music has the ability to bring us together. My uncle, Rev. Martin Luther King Jr. said, ‘we must learn to live together as brothers and sisters, or perish together as fools.’ For everyone who loves Christian music everywhere, thank you so very much for this award. God bless you.”

Learn more about the WE LOVE CHRISTIAN MUSIC AWARDS, view the full list of nominees and winners, and watch this year’s ceremony at http://www.weloveawards.com.