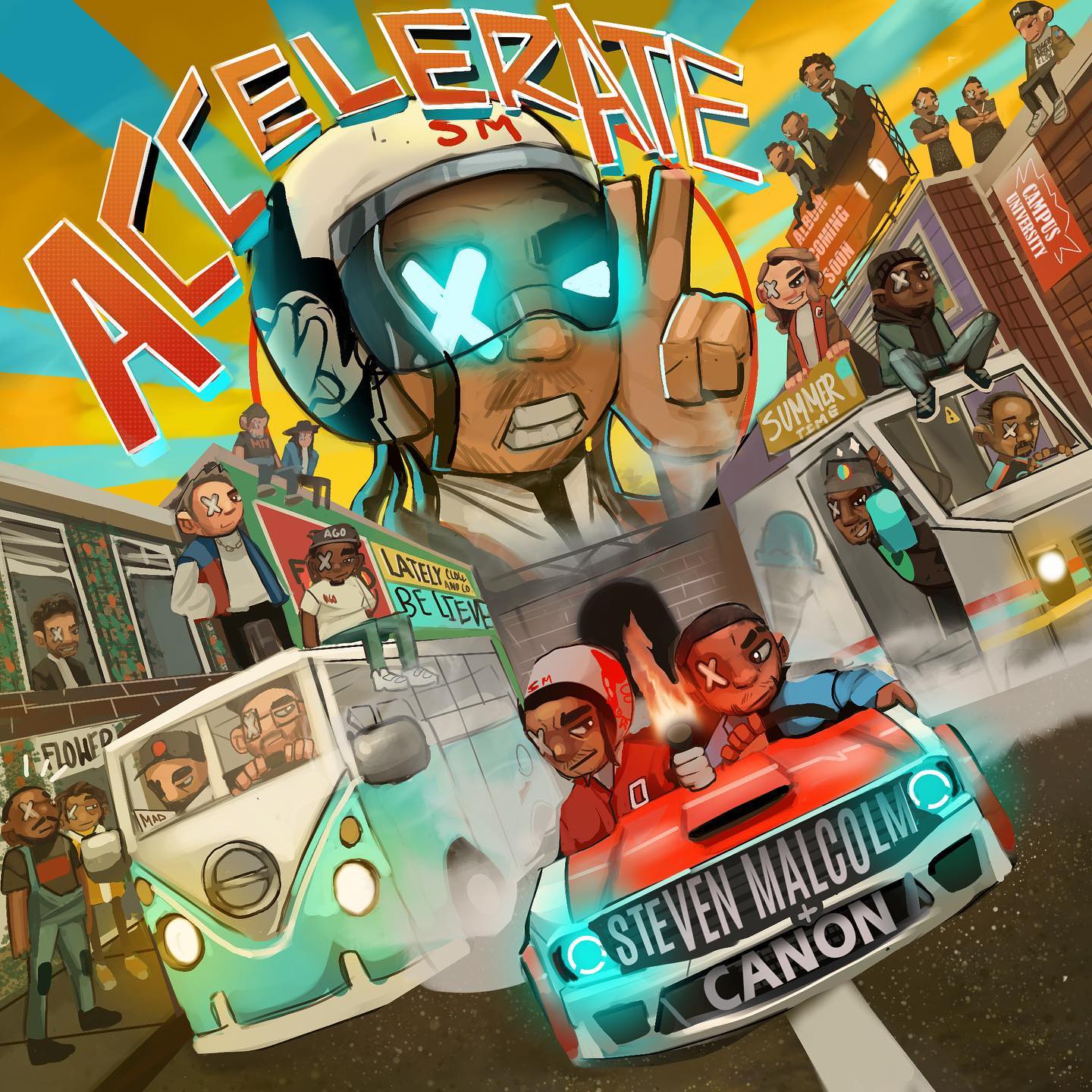 “Accelerate is all about the race of life,” says Malcolm. The song arrives less than two weeks after ending his Long Live The Hype tour, which received praise from regional outlets like Local Spins, among others. “It’s an honor to have my brother Canon on this record with me,” he adds.

The Grand Rapids, Michigan natives are a dynamic duo on “Accelerate”. “His verse is insane,” declares Malcolm, who drops a flawless verbal onslaught packed with imaginative metaphors. “Hit the gas, I’m the highest in the room how I elevate,” he raps in a swaggering cadence. “Accelerate” moves at the velocity of an action flick. The ferocity of the production is infectious and intensifies each rhyme. “Hit that throttle, take off on ’em, tell me who gon’ stop him.” Who can stop Steven Malcolm? “Accelerate” is a follow-up to the Sango-produced bop “Respect” HERE that landed on Apple Christian’s Best New Songs chart and popular playlists like Apple’s “Elevate” and Spotify’s “The Flow”.

On Malcolm’s upcoming album, all 16-tracks explore Malcolm’s spiritual depth and versatility as a hip-hop artist. From the international smash “Fuego (R3HAB Remix)” HERE featuring dancehall icon Shaggy (5 million combined Spotify streams) to the Dove Award-nominated anthem “Glory On Me” featuring Childish Major & Taylor Hill HERE, Malcolm mixes the spirituality of Sunday morning with the energy of Saturday night. Tree is an eclectic depiction of Malcolm’s past, present, and future with features from multiple award-winning artists such as Snoop Dogg, Shaggy, Social Club Misfits, and KB.

Today’s release is out via IVAV, a division of Curb | Word Entertainment. For updates and more information about Steven Malcolm please refer to the social media links below.

Accelerate this track into your playlists here