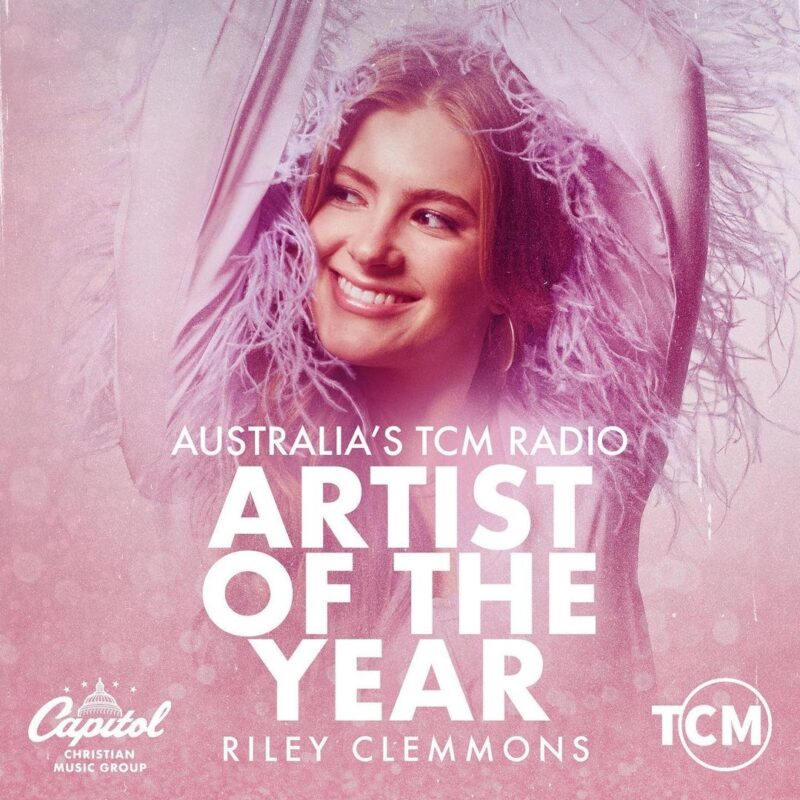 Artist on the rise Riley Clemmons recently made history as the first woman in over a decade to be named Artist of the Year at Australia’s TCM Radio. Throughout 2021, Riley had five songs featured in the Top 100 song chart: “Keep On Hoping,” “Headspace,” “Healing,” “Without You,” and her latest hit “For the Good.” TCM’s Artist of the Year is calculated through aggregated metrics for each artist from its weekly airplay charts throughout 2021.

This news comes on the heels of Riley’s latest release, “For the Good: The Collection.” The multi-track single features two new versions of her Top 20 single “For the Good,” which has recently surpassed over 5.5 million global streams. In March, Riley will embark on her first tour of 2022, joining Jeremy Camp on his “I Still Believe” spring tour. Kicking off in TX on March 10th, the 19-date trek will take Riley throughout the east coast with stops in Philadelphia and Ft. Lauderdale as well as additional stops in Knoxville and Alabama before wrapping in Melbourne, FL on May 1st. Tickets for the “I Still Believe” tour now available at www.rileyclemmons.com/tour

Riley Clemmons is a 22-year-old artist from Nashville, TN who has accumulated nearly 250 million global streams and 50 million YouTube video views in her young career. After spending years honing her craft in writers’ rooms, Riley sky-rocketed onto the scene with her 2017 Capitol CMG debut single “Broken Prayers,” which has generated over 30 million global streams to date. Her 2018 self-titled album debut quickly entered the Billboard Heatseekers chart, entering at No. 13. Her latest album, Godsend, has received critical acclaim and has quickly established Riley as an artist to watch. She was named one of People Magazine’s “Emerging Artists 2021” and has made appearances on the SHEIN X ROCK THE RUNWAY virtual fashion show, the TODAY Show, and FOX & Friends. An accomplished composer, performer, producer, and recording artist, Riley draws inspiration from life experiences, blending musical influences ranging from pop to classic rock to create music that is as catchy as it is relatable