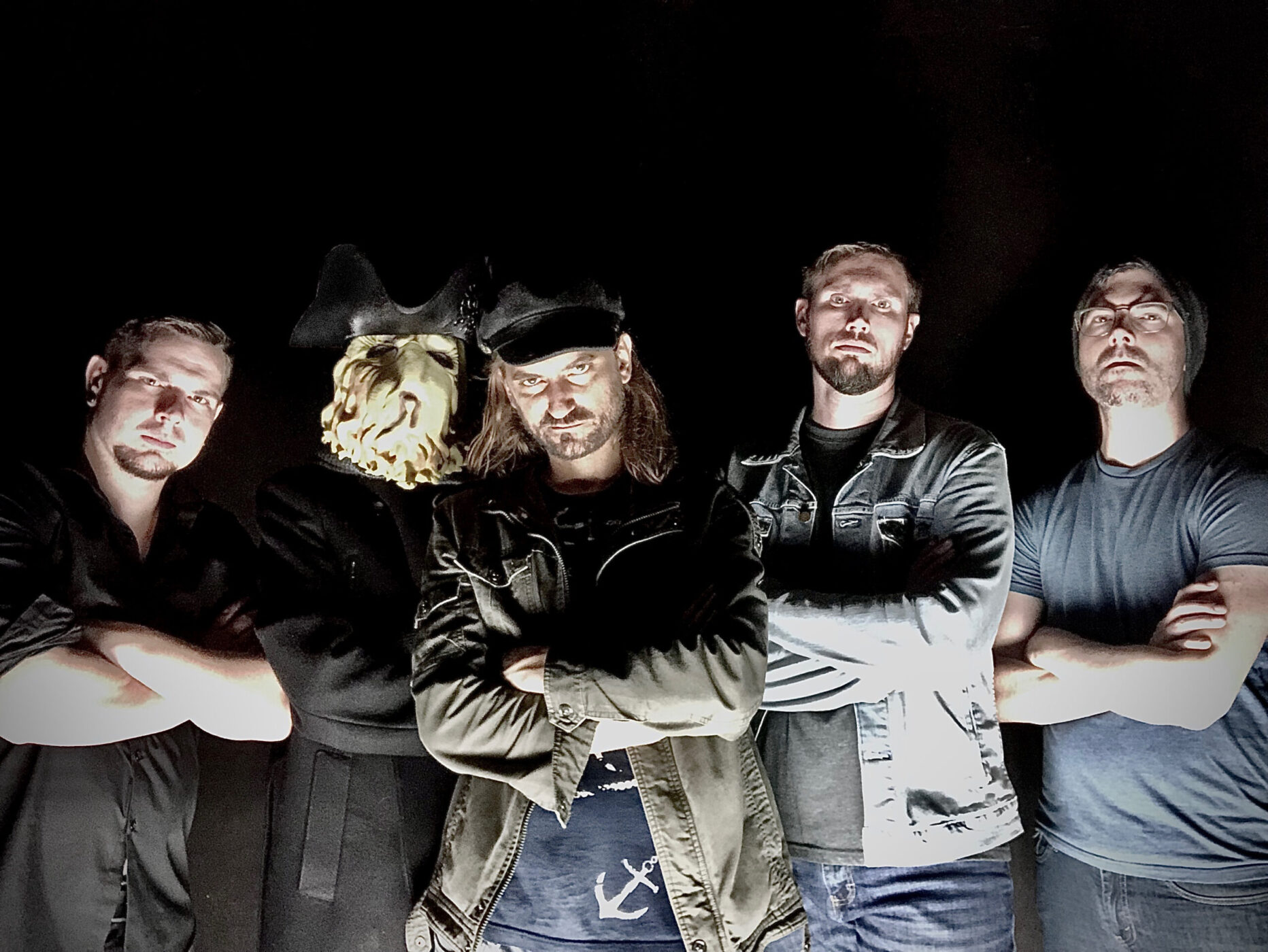 Still riding the wave of accolades from their previous album ‘Liquid Exorcist’ — which spawned several charting singles for rock radio — Rusty Shipp has just released their first new music since then: ‘Bottom of the Barrel.’ The lead single (released on January 27th) is taken from their upcoming full-length, concept album ‘Dark Side of the Ocean,’ which follows an imaginative journey to the darkest parts of the ocean where mankind has never been, to find a surprise waiting there… at the Bottom of the Barrel.

“…if I make my bed in Mariana Trench, I’m welcomed to a city that’s lit—bioluminescence.”
-lyrics from ‘Bottom of the Barrel’

‘Bottom of the Barrel’ continues the nautical rock theme of the band with lyrics that follow the sinking singer down to the bottom of the ocean where his body and spirit separate. In the black of the abyss he is surprised to be met with light from the ocean floor inhabitants’ bioluminescence—a reminder that light and company exist even in the darkest parts of the world. The music revolves around progressive grunge riffs in the style of Muse and Royal Blood, intertwined with catchy Beatlesque melodies that the band has gained notoriety for. The single will be followed by a music video.

Previous Accolades: The staff of JesusFreakHideout.com named Rusty Shipp’s album ‘Liquid Exorcist’ the #10 album of 2019 (following albums by Switchfoot, Disciple, Demon Hunter, and Norma Jean), and awarded them five awards in the fan-voted 2020 JFH Awards (including Artist of the Year and Album of the Year). The album also was nominated for Alternative Rock Album and Alternative Rock Song in the 2019 Grizzly Awards and was named #9 Album of 2019 by The Antidote (podcast) and #1 Album of 2019 by WBFJ 89.3 FM (Crossroad Radio). Effect Radio also included Rusty Shipp in their “Top 30 Artists of 2020.”

‘Show Me How To Live’ charted at #30 on Christian Music Weekly and was named #52 on their list of Top 100 Rock Songs of 2021, and ‘Liquid Pendulum’ stayed at #1 for 3 weeks on the USA Rock Radio charts according to BigBigHit, and was listed (alongside ‘Show Me How To Live’) in Best of 2020 lists from BigBigHit, RadioU, and more. The band has also been featured on CCM Magazine, HM Magazine, PureGrainAudio, NewReleaseToday, RadioU, ChristianRock20, Cross Rhythms (UK), and Nashville rock stations Lightning 100 and 102.9 The Buzz. They have also played concerts with artists such as Saliva, Tantric, Smile Empty Soul, Chuck Mosley (Faith No More/Bad Brains), and Kevin Max (dc Talk).

Get Bottom of the Barrel