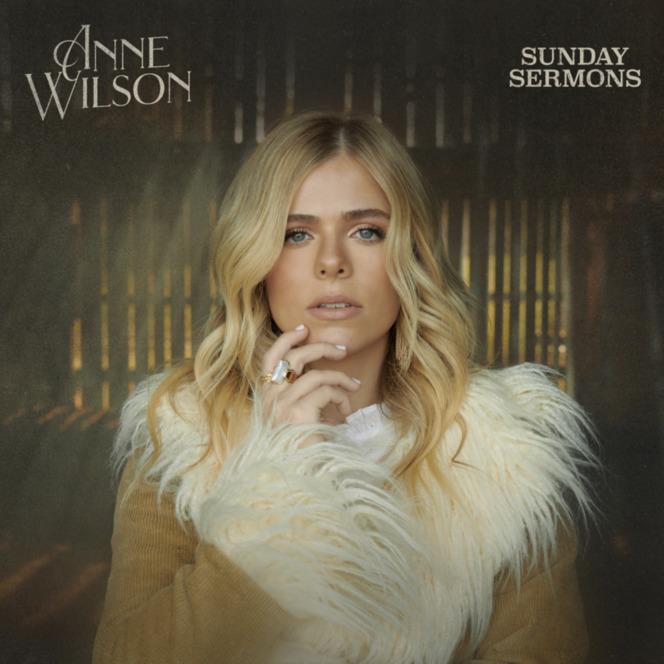 Capitol CMG artist and songwriter Anne Wilson kicks off the new year with a brand new song, “Sunday Sermons,” available today. This is the follow-up single to her debut No. 1 breakout hit, “My Jesus,” which was the longest-running No. 1 song on the Billboard Christian Airplay Chart of 2021 for seven weeks total. Introducing “Sunday Sermons” to her fans, a lyric video has also been released – see below.

“I’m so excited to share ‘Sunday Sermons’ with the world,” shares Anne Wilson. “This is my story of growing up in the church since I was a little girl. God used every Sunday sermon to develop a firm foundation in Him. I didn’t realize just how deep my roots were in Him from all those years of showing up to church each Sunday until I encountered hardships in my life. No matter what happens in life – even losing a loved one, I can always go back to that foundation of truth that the Lord planted in me through each of those sermons. This song is to remind you to cling to the One who’s consistent and faithful. Jesus loves you more than you could ever imagine.”

Last year, Wilson impacted millions with her powerful anthem, “My Jesus,” which catapulted her to unprecedented success as a debut artist. Her soulful voice, honest lyrics, and inspiring story connected with listeners as she became the first female artist to hit the top of the Billboard Christian Airplay chart with a debut song. In October 2021, she was featured as Billboard’s October Charbreaker Artist in their 21 Under 21 issue. Continuing to be a trailblazer, Wilson also recently crossed the threshold of 100 million career streams.

The official music video for “My Jesus” currently has more than 11 million views on YouTube and 18 million views on Facebook. In addition to her single’s success, she released a Christmas EP featuring her original song, “I Still Believe in Jesus,” which became her second No. 1 on the Billboard Christian Airplay chart, with this being the largest jump into the top slot from a female artist on this chart.

Wilson will be heading out on her first headlining “My Jesus” tour later this month followed by tour dates with Matthew West on his “Brand New” Tour. In March she will be on tour with Zach Williams. Visit her website for more information and tour dates – www.annewilsonofficial.com.