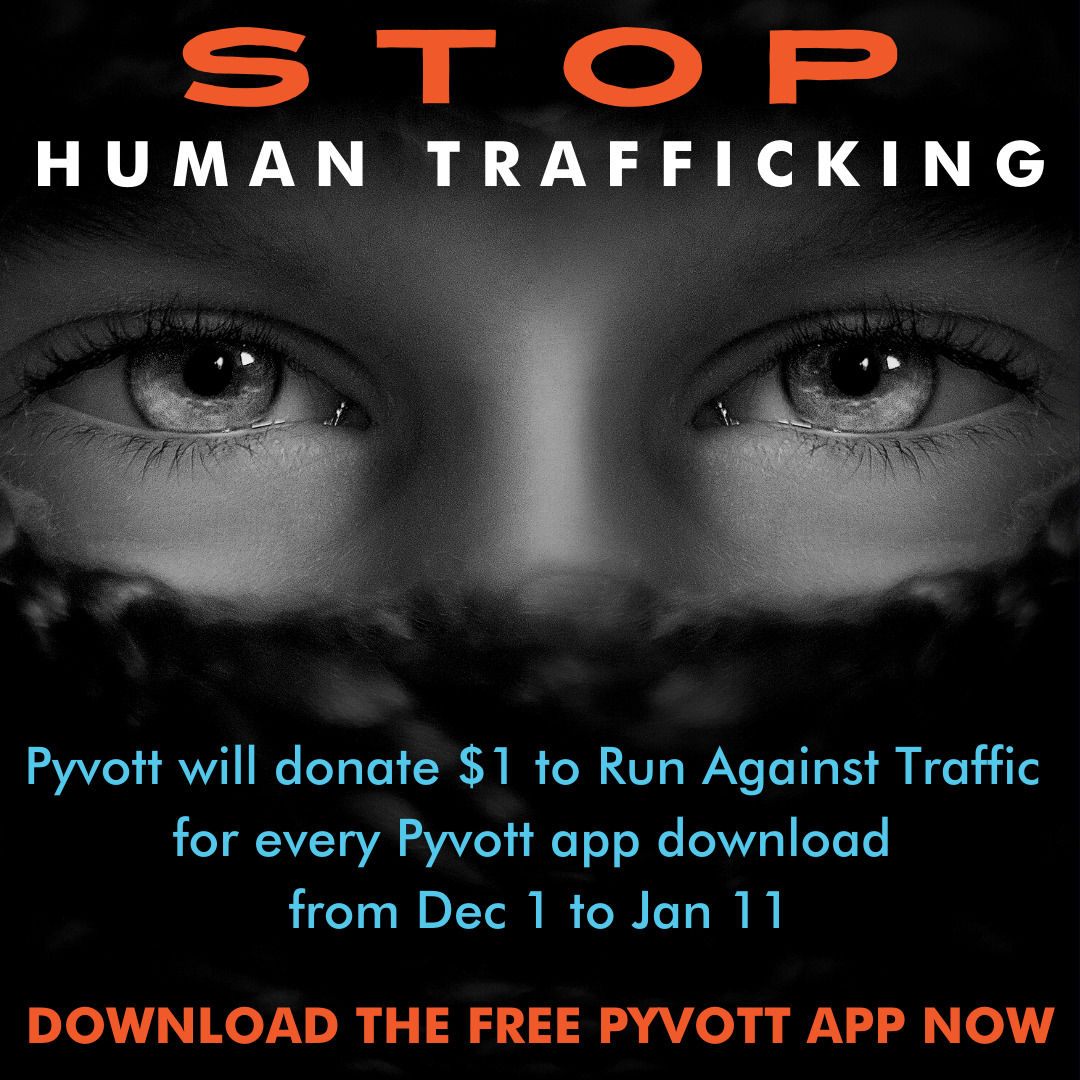 The partnership comes in the form of a unique dollar-per-download model. The social media startup Pyvott will be donating one dollar to Run Against Traffic for every app download between now and January 11, up to 100,000 downloads. It’s a method that opens the door to new ways of doing both social media and counter-trafficking activism.

Tommy Green, formerly of metalcore outfit Sleeping Giant, is the founder of Run Against Traffic. “Our long term vision was to create a foundation for supporting human trafficking survivors, using the tools of running and community participation— similar to what Lance Armstrong’s Livestrong foundation created for cancer research,” Tommy explains. “We envision empowered people working together to put the crime of human trafficking in a museum.”

That communal, collaborative approach has been uniquely propelled forward by Pyvott. Tommy says, “The issue of human trafficking is so extensive and so expensive that it’s going take us all working together to solve this problem. When a company chooses to be part of the solution, it makes that more possible. We are particularly excited to be doing this with Pyvott, when historically social media platforms fuel the problem rather than pledging to prevent it.”

That vision is part of what brought Brian “Head” Welch on board as an ambassador for the initiative. “Large social media platforms have proven over and over again that they can’t be trusted, and Pyvott letting their users be in control of the algorithm is a game changer,” the legendary rock musician shares. “Human trafficking is arguably the worst crime against humanity, and I am always down to do my part in helping to make a difference. When I heard my homie Tommy started Run Against Traffic, I was all in!”

Ultimately, the same way that Pyvott aims to put the power of social media back in the hands of everyday individuals, the Dollar Per Download campaign empowers everyday people to fight back against trafficking. “No matter who you are, where you live, or what you’ve gone through, every one of us can download an app,” Tommy says. “We are a movement for everyday people.”

You can download the app now through Apple and Google Play. Learn more about the partnership and what your download will be supporting at pyvott.com.