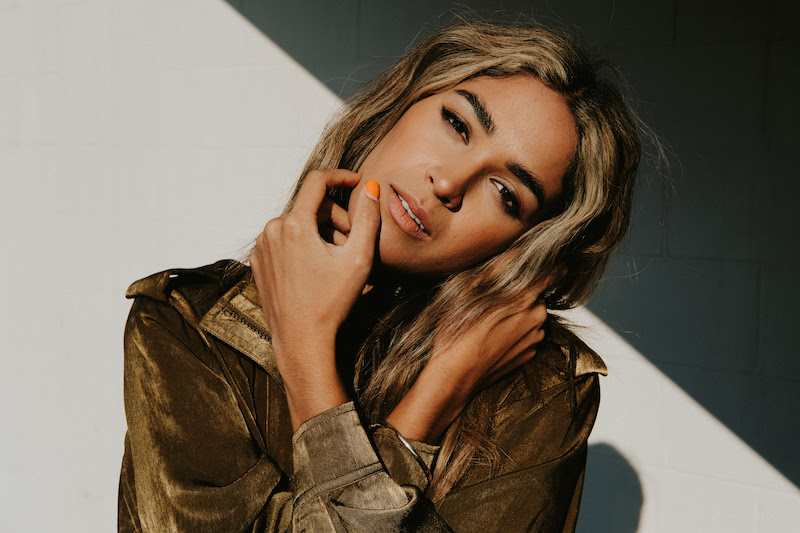 MŌRIAH embraces her power in LIVE From The Quarry

It’s fair to say we’ve been waiting sometime for Moriah’s EP, LIVE From The Quarry. Her debut album Brave, released under the name Moriah Peters, dropped seven years ago. It represented a bold pop voice that hit #9 on the Christian charts. In the time since, she has released music with girl band TRALA, played the lead role in the film Because of Gracia, and co-hosted the super successful podcast BECOMING:us. Throw in her creation of the e-magazine Lead Lady plus a guest appearance on for KING & COUNTRY’s “Pioneers,” and she’s kept busy.

Yet after my conversation with Moriah last year, it was clear she had more to offer. It was almost as if she was just uncovering a wealth of power hidden deep in her identity as a Child of God and a Mexican-American woman. In LIVE From The Quarry, we finally get to see this power rise to the surface. And while she retains some elements of her pop debut, the EP oozes worship and deep introspective musicianship. The type that only comes from deep trial and self-discovery.

The opening track, “Known, Seen, Loved” sets the stage for the EP literally, given it was recorded live. Containing elements of gospel and pop, the lyrics are beautifully raw and honest. Phrases like, “Letting go of ego, putting down my pride,” and “I thought I wanted justice, I thought I wanted power,” are indicative of musician who has come into her own. And from the careful instrumentation to the light and shade of her vocals, you can tell Moriah has meticulously gone over every second of this song as a producer.

“Trust,” is a celebration of women, diversity and empowerment. It’s a bold statement, and is driven home by lyrics centred on being found utterly in God. Pulling in electric guitar and an a capella bridge that breaks just in time for Moriah’s vocals to soar, it’s clear this song was formed from a place of intense pain, yet rest and healing in God.

The inclusion of “Worth,” featuring Joel Smallbone of for KING & COUNTRY is a welcome addition to this four track EP. In addition to being Moriah’s husband, Joel’s voice blends beautifully with Moriah’s, and we were overdue for this honest duet after “Pioneers” appeared on Burn The Ships. Another ballad, the excellence of the vocals paired with sparse instrumentation is exceptional given the live recording. And the lyrics are clever, utilizing Christian metaphors and making them personal like, “The cross I carry is tearing me down.” It causes the listener to break down their own religious paradigms and address their own spiritual health.

Closing on “Amen Interlude,” a complete a capella track where Moriah, Joel and the choir layer their voices and harmonies beautifully, this makes for a soothing and deeply introspective EP. Don’t press play on LIVE from the Quarry expecting a series of pop hits or anthems – you won’t get dancing to any of these tunes. However, as a moment in time this is a poetic and powerful piece of art – written, produced and edited entirely by Moriah.

[Please note: This review was written before the additional track “Closer Than My Next Breath” featuring Amanda Lindsey Cook was added. We look forward to hearing that song on Friday too! Pre-save the EP below.]

Pre-save LIVE from The Quarry here