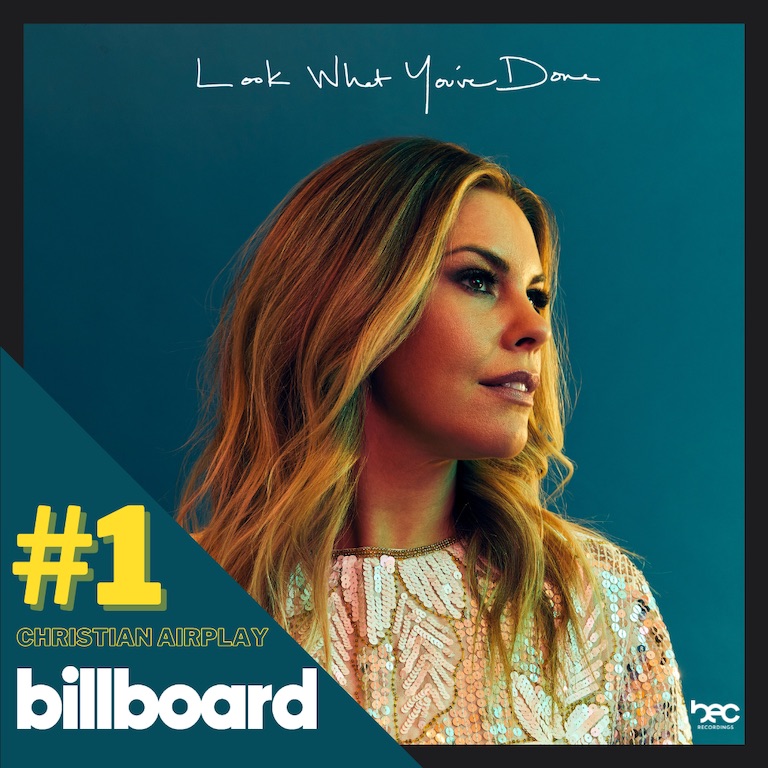 “Look What You’ve Done,” the resounding anthem of hope from BEC Recordings’ powerhouse vocalist Tasha Layton, has landed in the top spot on Billboard’s Christian Airplay chart this week, earning the acclaimed singer/songwriter her first #1 hit and latest milestone in a history-making year.

An autobiographical track showcasing the transforming power of God’s Truth, “Look What You’ve Done” was produced by Layton’s husband, GRAMMY® and Dove Award-winner Keith Everette Smith, and was written by Layton and Smith along with Matthew West and AJ Pruis. Earlier this year, the single debuted as one of the most added songs at Christian radio and has since become a mantle of encouragement for fans around the world.

“It has been such an honor to support Tasha and watch ‘Look What You’ve Done’ connect with listeners in deep and powerful ways,” says Tyson Paoletti, senior director of marketing and sales, BEC Recordings. “As we celebrate her first #1 hit on the heels of last year’s massive radio success with ‘Into The Sea (It’s Gonna Be Ok),’ some amazing doors continue to open for Tasha, and I’m excited to see what God has in store for her next.”

The chart success of “Look What You’ve Done” caps a momentous year for Layton. This fall she was featured on ABC’s GMA3: What You Need To Know, discussing how past struggles have shaped her life and inspired her music; and Layton also served as co-host of the 52nd GMA Dove Awards Pre-Telecast, presented by AWKNG TV. In addition, her latest recording—the six-song holiday EP This Is Christmas—bowed in October. The project features four original selections co-penned by Layton, as well as two Christmas classics. Also a newly published author, Layton’s guided prayer journal, “Boundless: Moving Freedom From Your Head To Your Heart,” is now available.

One of Billboard’s Top 5 female Christian artists of 2020, singer/songwriter and worship leader Tasha Layton has quickly become a familiar voice on Christian radio with such hope-filled anthems as “Look What You’ve Done” and her breakthrough single, “Into The Sea (It’s Gonna Be OK),” which was among the biggest hits at Christian radio last year. Prior to her solo career, Layton appeared on Season 9 of American Idol and spent four years as a back-up vocalist for pop superstar Katy Perry. A South Carolina native, her voice has been heard in productions for Disneyland and Cirque du Soleil; she has served as an instructor at the National Praise and Worship Institute at Nashville’s Trevecca Nazarene University; and Layton is featured in pro-audio company TC Helicon’s book, “The Ultimate Guide to Singing.”