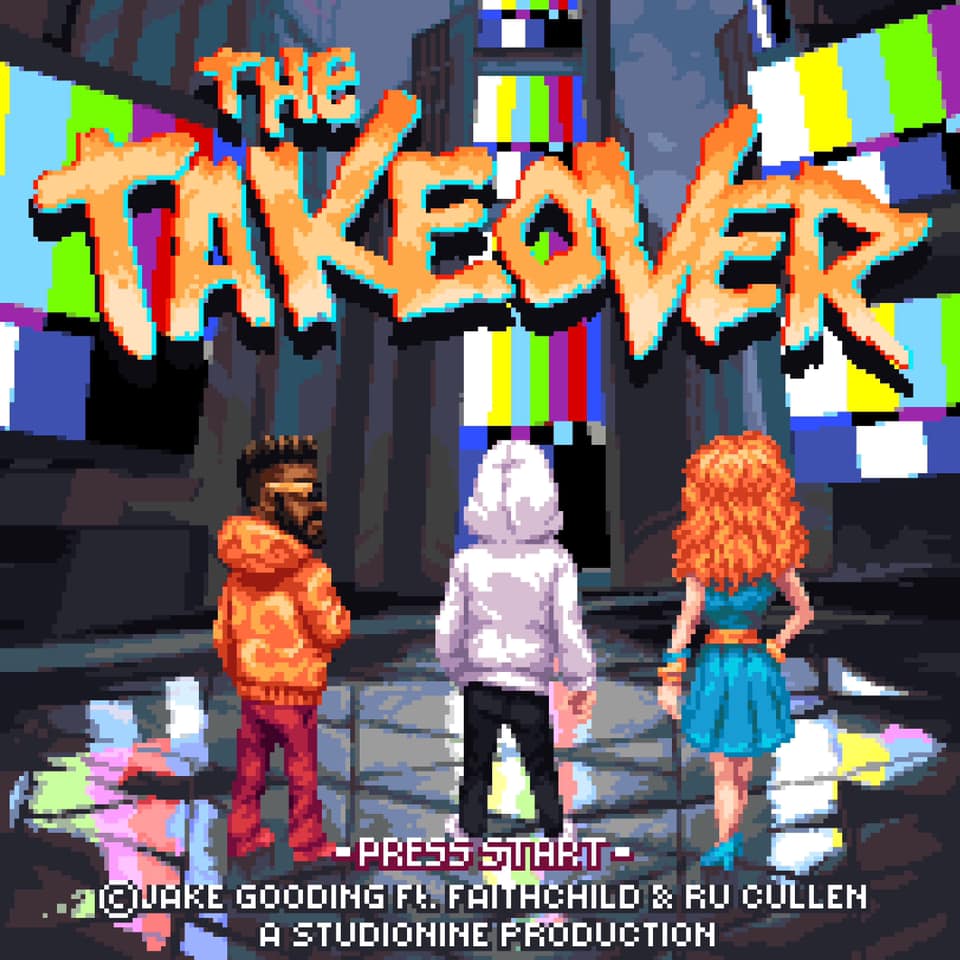 All of today’s new releases and videos can be seen here and here respectively (or at least the ones we know about or have time to round up!). Below are some of my highlights of this rather sparse day of new releases.

Let the door swing open wide, darkness has no place to hide

Jake Gooding is a new name to me but along with Ru Cullen and well known UK rapper Faith Child he’s leading ‘The Takeover’ of this week’s Release Radar. This light and airy, and futuristic sounding rally cry goes hard in a really chillaxed way.

It wasn’t quite his destiny but not far behind in the running is the super strong new release from JSteph, My Destiny. The song features Leyn Colt.

Illuminate & G.S. Tear It Down on their new release.

Project86 release their last holiday song Carol of the Bell(Tower)s.

Danielle Apicella is having an Old Fashioned Christmas.

Brooke Nicholls is celebrating the Saviour Of The World.

MIQUEL & MORRIS agree and say Jesus is Forever The King

It’s Christmas Time according to Jenn Bostic and it’s hard to argue with her (except from the fact it’s NOT DECEMBER yet!! 😉 )

Maddie Rey brings us her first Christmas song This Christmas

Not enough Christmas for you? Spend some of your Christmas With Brightline…

Need a Power Up? DJ Evon, Steven Malcolm, Neon Feather and Dru Bex have your backs

I’m REALLY digging these two stripped back songs from Carmen Justice. I think I prefer them to the full songs! Here’s Airplanes & Rocket Ship

Miles Minnick dropped his new single God Put Me On alongside a new clothing line of the same name which you can put on (once you’ve bought it of course!). The clothing line is executively produced by Outsiders and can be bought here.

Hog Mob’s Dontae chose to MOB and Get Down with his new set of visuals off his Trinity Volume 2 EP which dropped at the start of this month.

JayKnight says “You either with me or against me…Aint No In Between!” on his new single.

Anthem Lights’ mashups are always phenomenal and this mashup of WHAM!’s “Last Christmas” and The Jonas Brothers’ “Leave Before You Love Me” released last week is no different.

Matt Moore is feeling “Stronger than before”…

OTHER THINGS TO NOTE

The How Ridiculous Slot

Someone sure said extra prayers that morning!

I hope these roundups introduce you to a few new artists each week. I’m aiming to have these up as early on release days as possible from next week onwards.

If you know of any releases I’ve missed on the new releases list or any videos in the video gallery, let me know in the comments below/send us a DM on social media. Want to come on board and help us cover more on new release days, or any other day for that matter, please contact us and read more information here (we’re looking for tons of new writers currently, I can’t cover everything!).

I hope everyone reading this has a great weekend, and I’ll see you next Friday for the next roundup.