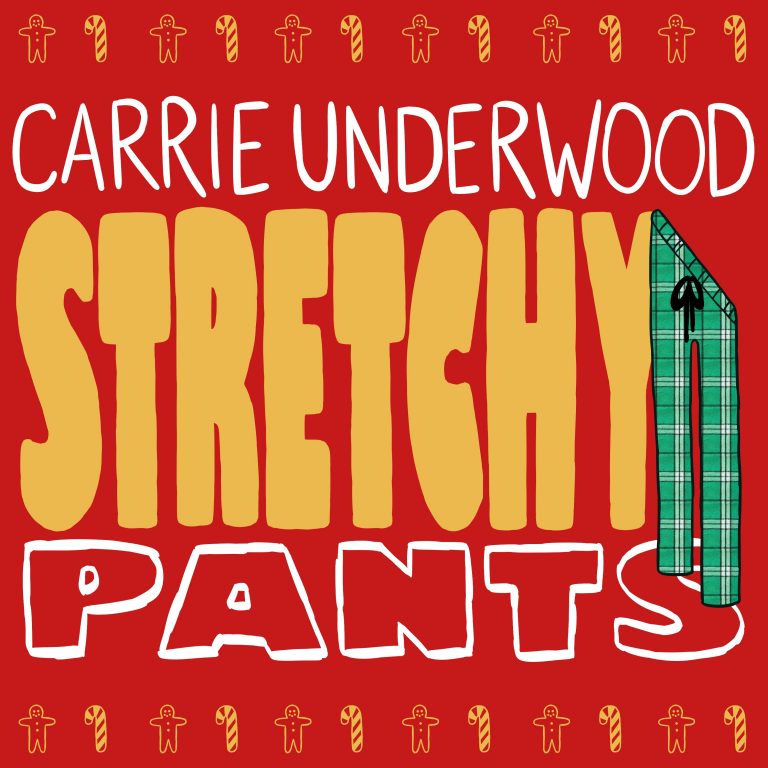 Carrie delighted fans with a “Christmas Bonus” – a comedic digital-only holiday track, “Stretchy Pants,” released globally today.  The track is available here and is accompanied by a fun-filled animated video at stretchypantssong.com, created especially for the song. It can also be viewed below.

According to Carrie, the song was inspired by the joys of holiday treats and feasts.  “People know that I am a champion for a healthy lifestyle, but a big part of that is balance. There are times to be disciplined, and then there are times when we need to eat and drink and be merry and enjoy ourselves with family and friends,” says Carrie.  “When Hillary, Chris, and I were writing some more serious Christmas songs, one day we took a fun detour and just had the best time writing this song.  We knew it would bring a lot of fun and joy to people, but I also wanted to do something good with it that would help people. I immediately thought about Brad and Kim’s charity, The Store, and how we could use this song to help them and their mission to bring joy to folks that need it, especially during the holiday season. Everybody should be able to afford feasts for the holidays, and everybody should have the opportunity to break out those stretchy pants!”

“Stretchy Pants” was written by Carrie, Hillary Lindsey and Chris DeStefano, the songwriting combo who have written such hits as Carrie’s “Little Toy Guns” and “Smoke Break.”  Their most recent collaboration, “Favorite Time Of Year,” appears on Carrie’s My Gift (Special Edition), which was released September 24 and debuted #1 on Billboard’s Top Holiday Albums Chart.  “Stretchy Pants” was produced by DeStefano.

The animated video for “Stretchy Pants” is directed and produced by Andrew Seth Cohen and Ryan Kieffer of Confidential Creative.

A portion of the proceeds from streaming and downloads of “Stretchy Pants” will be donated to The Store, the Nashville-based organization which was co-founded by Brad Paisley and Kimberly Williams-Paisley and empowers those seeking self-sufficiency in a manner that fosters hope. The Store provides a free shopping experience for qualified families and individuals, based on the belief that choice is a key element in protecting the dignity of others.

For more information on The Store go to www.thestore.org.