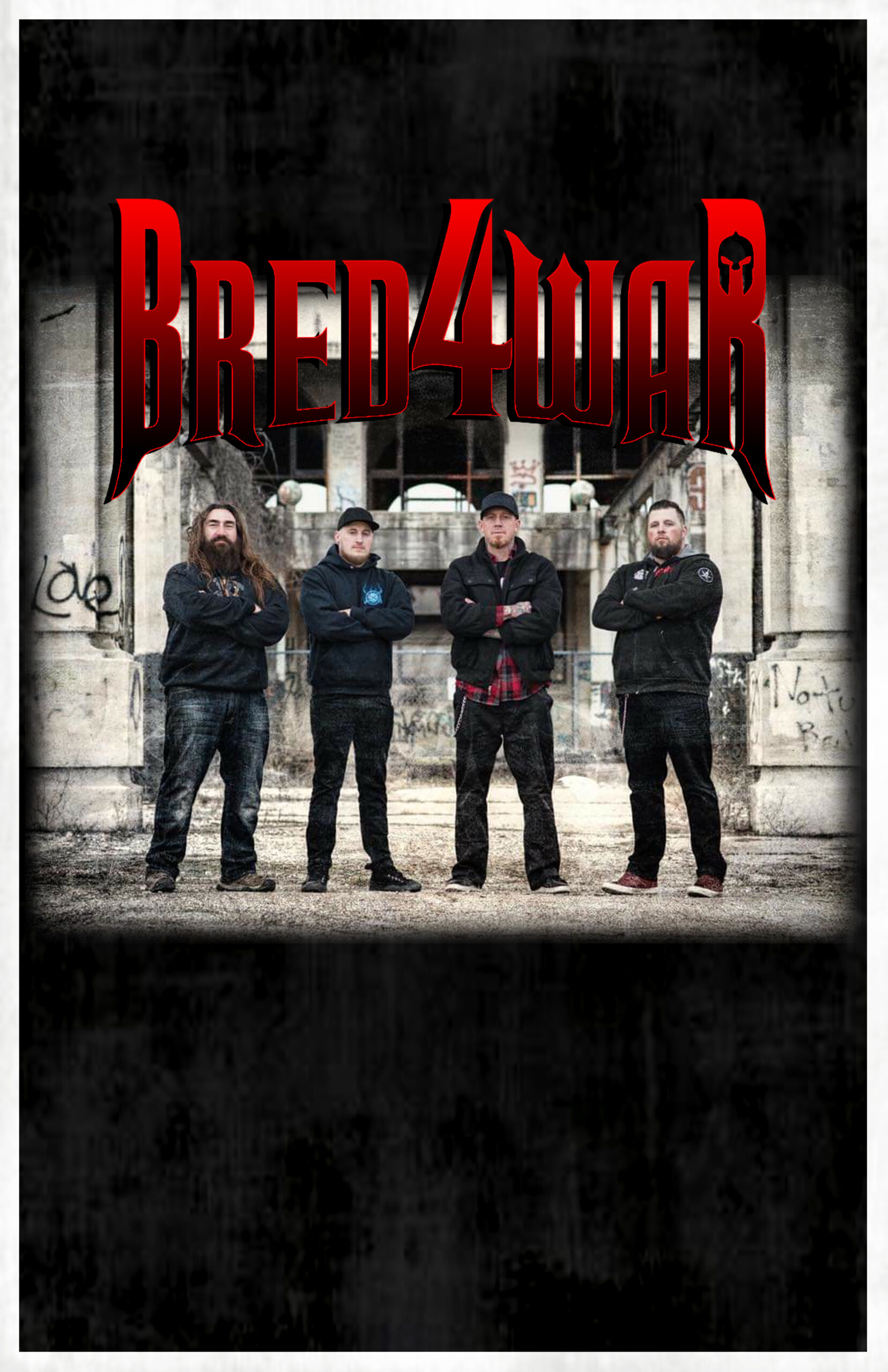 Bred 4 War adds “Awaken the Harbinger” to their sonic arsenal

Bred 4 War’s third studio album “Awaken the Harbinger” is a round house kick in the teeth to the listener, in a good heavy-metal Jesus sort of way. Typically most bands take three or four studio albums to find their sound. First albums are usually a reflection of the band’s influences. On the sophomore album they start to move away from influences to experimenting. Then the third or fourth they are who they are going to be if the core group of members and songwriters remain within the unit. Bred 4 War is no different in this aspect of their musical evolution. It is a sonic blessing for fans of this Missouri band.

Bred 4 War possesses a knack for putting the best songs forward to start their albums to hook the listener. The album opens with a mix of different news headlines of past disasters our world has endured. The opening track “Awaken the Harbinger” starts with a heavy, slow doom metal groove (ode to Black Sabbath) before starting the upbeat power groove of the verse. After you ride the varying dynamics of the opening song, you start the Lemmy Wonka heavy metal ride through the rest of the album.

Daniel Streety’s vocals, being the center piece of their music, are always so distinct, audible and fierce in the mix. Unlike some of his peers in the genre which are so derivative in the style and approach, when you hear Daniel’s voice you know it’s Bred 4 War. On “Awaken the Harbinger” you hear Streety’s full range of talent on the microphone between his growls and screams, speed vocals and a rap-style rant. On the other hand, guitarist Justin Roark’s guitar definitely received a sonic upgrade in a good way. You will hear more use of harmonies in different songs. The guitars do cover up bassist Jay Molott’s bass in places but it’s fine because it’s not the focus or feature in those sections. But don’t worry, Jay’s groovy, slap happy bass is plenty audible throughout which lays the meaty back bone to Bred 4 War’s sound. Of course, drummer Phil Roark’s audio assault on the senses has never sounded better. The band mixed this album well because you can hear all the little things that Phil does clear as a bell. Though as not as experimental as their sophomore album “Search and Rescue”, this third album appears to have dialed in the best of what you love and come to expect in the live performance of Bred 4 War for the studio.

Though it would be awesome to dissect the whole album for you but it would be doing a disservice to anyone who hasn’t listened yet. There are some real gems on this album. As previously mentioned, the opening track ‘Harbinger” does an excellent job of pulling you in and setting you up for what’s to come. “War Within” is a catchy tune with a heavy and almost pop-rock element that will cause you to scream along. “Apathy” is no doubt the best of the best of Bred 4 War songs which features all the talents of this four-piece band. Everyone shines on this track. It is going to be a mosh pit favorite with its crashing groove. “Caveat” is a sobering song told through the eyes of veterans and or those who lost a child in the war on terror. It’s a heavy song in subject and melody. Another jewel is “The Fainting Gasp of a Dying Medium” not just with its clever and intriguing title but with the hook and groove tied to the thrash elements of the song. There are a couple of experimental outliers on the album. “Skeptic” which opens as a melodic tune then shifts to a meatier grove. “Not 4 Sale” is all over the place stylistically but in a captivating and unexpected precocious way.

One of the highest compliments a critic can give an album is saying that you don’t get bored listening in its entirety. The songs are appropriately long and satisfying to the ears. As a fan and a critic, it has been a pleasure to watch this band evolve. “Awaken the Harbinger” sounds like the band went in to the studio to make the best “Bred 4 War” album and succeeded brilliantly.