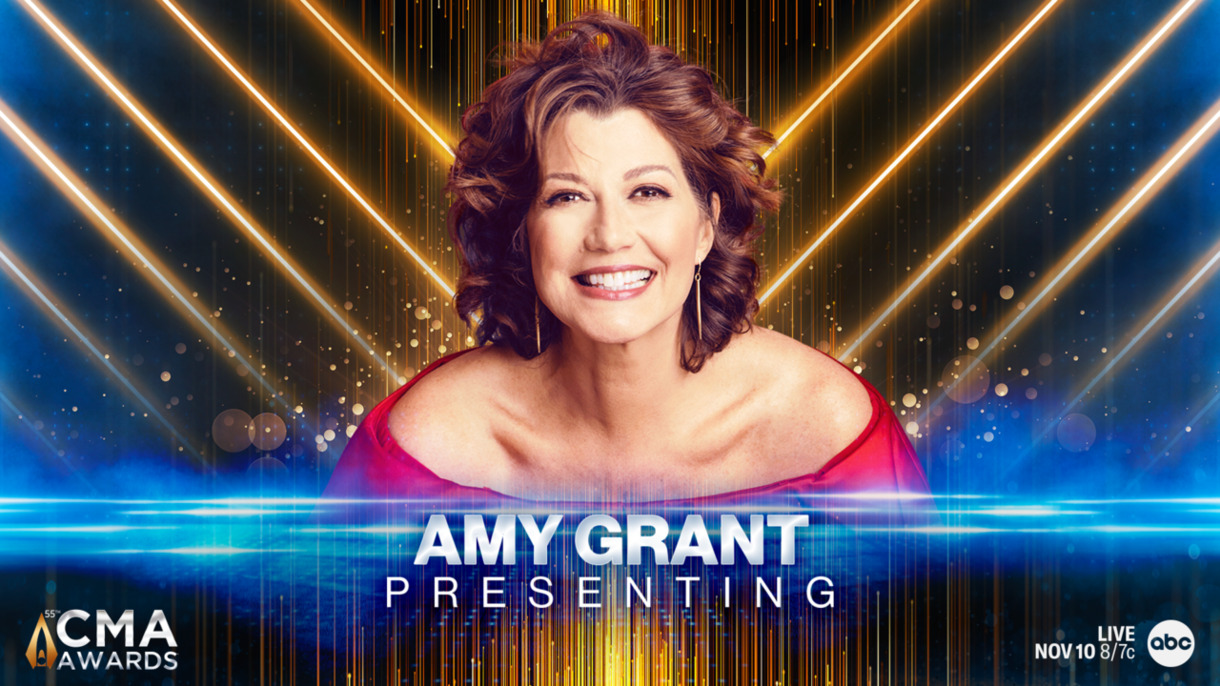 Amy Grant To Present At The 55th Annual CMA Awards

Recently inducted into the prestigious Nashville Songwriter’s Hall of Fame, 2021 has been an incredibly busy and exciting year for Grant, who has spent the year celebrating the 30th anniversary of her iconic, 5x platinum album, HEART IN MOTION, including a special anniversary edition that released July 9th.  She just wrapped her 42 city summer/fall tour, and beginning December 1st, will do several Christmas shows with Michael W. Smith, followed by her and husband Vince Gill’s annual Christmas at the Ryman Residency. For all tour details and information, please visit AmyGrant.com.