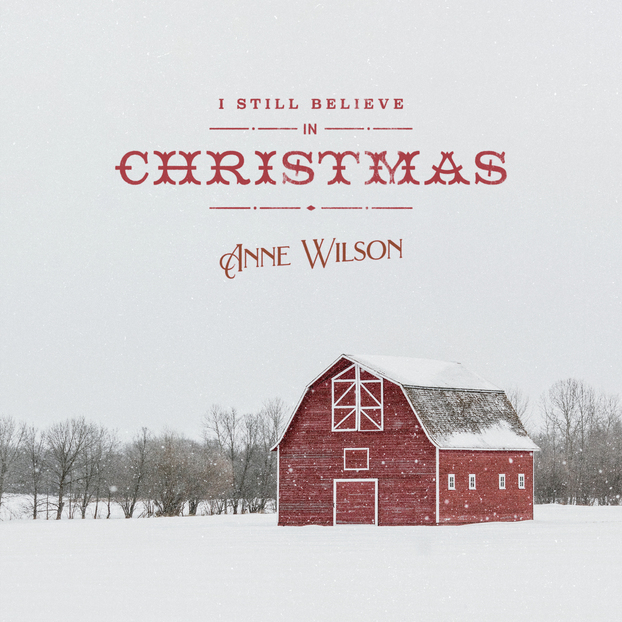 This year’s breakout singer-songwriter, Anne Wilson, is celebrating this Christmas season with her debut holiday multi-track single, I Still Believe in Christmas available today. This project features three original songs including the title track that is featured in a special lyric video debuting today.

“‘I Still Believe In Christmas’ is a song of the hope we have in Our precious Lord and Savior, Jesus,” shares Anne Wilson about the title track. “It can be hard to cling to hope in the middle of the world we are in right now, but we have to choose to still believe in the miracle of Christmas. I pray this song leads you closer to Jesus and fills you with His love and comfort during this holiday season.”

This project also features a light-hearted moment from the 19-year-old Kentucky native using a play on words with the festive and upbeat song “Kentucky Fried Christmas.”

“‘Kentucky Fried Christmas’ captures my Kentucky heart,” Anne explains. “Growing up in Kentucky, Christmas was always the most beautiful time of the year filled with so much joy and lots of KFC. I hope you love this song as much as I do!”

In just six months since releasing her debut No. 1 song, “My Jesus,” Wilson has achieved unprecedented success with her powerful anthem and unique, soulful voice. Her song is the longest No. 1 single on the Billboard Christian Airplay chart for this year as she is also the first female artist to hit the top of this chart with a debut song. She recently released a new version of the song with GRAMMY-nominated artist Crowder.

She continues her incredible debut year with the Zach Williams Christmas tour where she will be performing her new holiday songs, and recently she announced her first headline “My Jesus” tour dates in January 2022 with special guest Jordan St. Cyr For more information and upcoming tour dates visit annewilsonofficial.com.