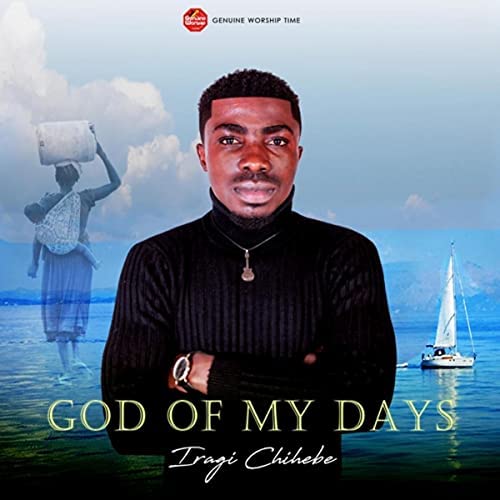 Gospel singer-songwriter and vocal coach Iragi Chihebe releases his new song ‘God of My Days’, the lead single from his debut album through the Genuine Worship Time label, named Mighty and Worthy. This follows the announcement of the official launch of the album happening soon before end of the year.

Written in January 2020 for his 29th birthday celebration, Iragi Chihebe’s fresh and season-specific sound is an overdue letter of appreciation to God for his mercy and love from birth till date. The track which is available for download across all major streaming platforms drops just few days before November, which starts the thanksgiving period for many. The main theme of the song is gratefulness and is therefore the only reggae song in the album.

Iragi Chihebe is a Gospel Artist, Worship Leader, Songwriter and Vocal Coach based in Johannesburg. Born from a pastoral family, Iragi started music at his childhood stage as a Sunday school singer where he learned the major musical instruments and gained knowledge and ministerial skills. His music career kicked off in 2018 with the release of his first studio single ‘You are Great’ followed by a good number of other songs after. To date, the most popular track from his discography is ‘Mighty and Worthy’ released in December 2020 and after which his upcoming album is named. Beside music, Iragi Chihebe is a Computer science researcher, businessman and Linguist.

“If my life was a gospel song it could be God of my days, especially the middle part of the first verse”. Ben Prod, Producer.

“This is my best lyrics yet!”

Buy/Stream God of My Days