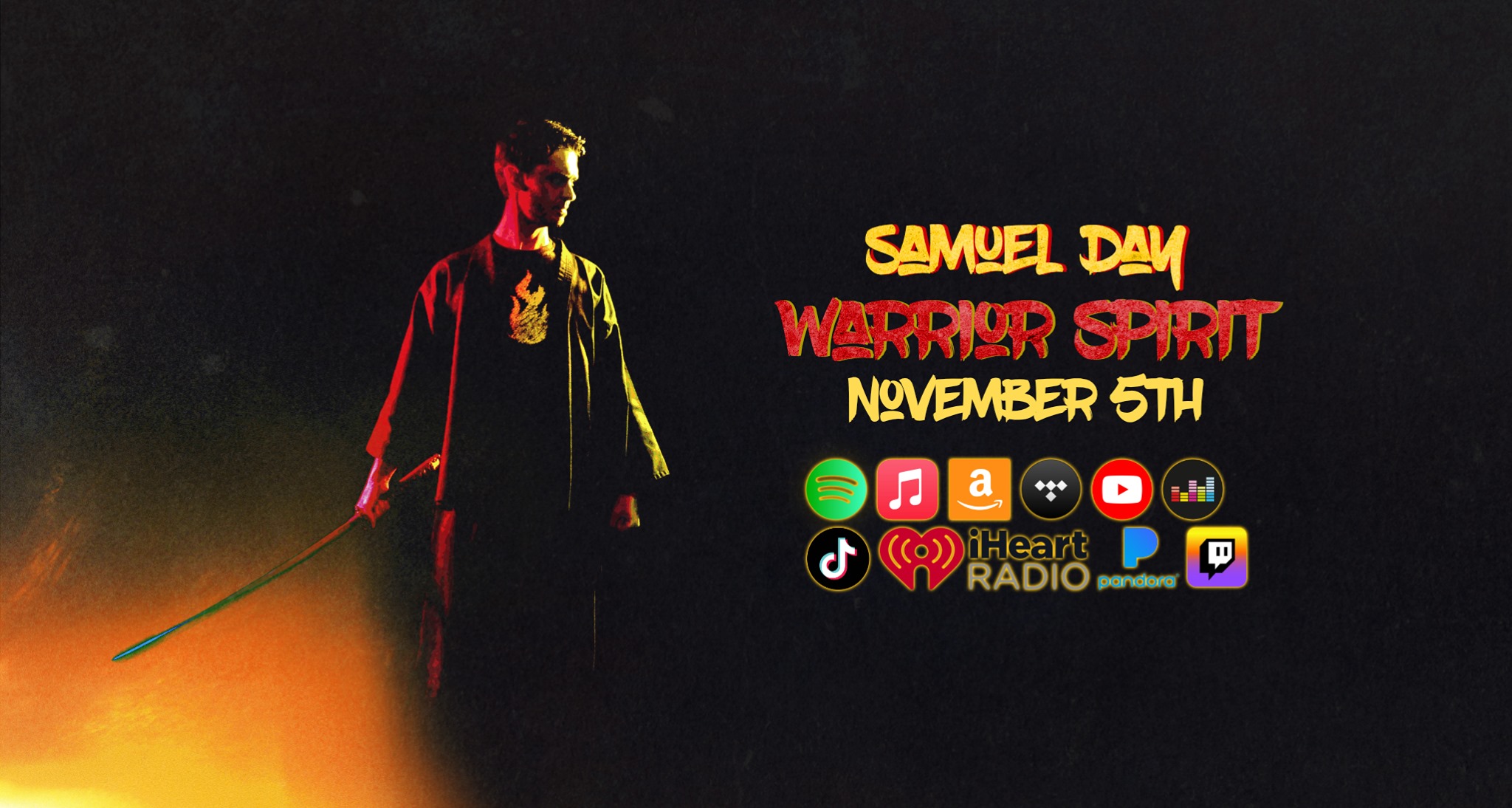 Christian alternative recording artist and songwriter Samuel Day is poised to release his next single “Warrior Spirit” on November 5, the follow-up to his breakout single “This Love.” You can presave the song now at https://bit.ly/SDWarrior2.

“Warrior Spirit” is quite literally a fight song, an anthem of strength born of the singer’s experience with martial arts. “Inspired by my recent return to martial arts, I thought about how today’s culture needs more of us with a warrior spirit – not looking for conflict, but ready to stand up for what is right,” Samuel shares. “The Bible calls faith a “good fight,” and 2 Timothy 1:7 says “God has not given us a spirit of fear, but of power and of love and of a sound mind.” This is what it means to have a Warrior Spirit.”

The resulting song soars with energy, lifting listeners into inspiration for their own fights. For the finishing touches, “Warrior Spirit” was mastered by Mike Cervantes (Skillet, for KING & COUNTRY). It’s the perfect encapsulation of Samuel’s personal mission of giving voice to victory.

“Warrior Spirit” is a strong follow-up to “This Love,” which has seen significant charting impact this year on the CMW Contemporary Hits chart and hit #1 on major Bolivian terrestrial radio station “El Sonido de la Vida.” “This Love” was originally written for use at Samuel’s church, but its reach has far exceeded what he could have expected. “The reach in Bolivia is especially inspiring,” he says of the song’s success. “It’s not a country I was specifically advertising to, or that my radio promoters (David and Donna Del Sesto with IHS Promotions) were pitching, or even one that speaks my native language. And yet, the station picked up the song organically and put it next to artists like Jeremy Camp and the Newsboys.”

The success of “This Love” follows the impact of his song “Rise,” which spent 27 weeks on CMW’s Rhythmic chart in addition to charting on the Christian Rock chart and ChristianRock.net. “Rise” was picked up by the YouTube channel Common Sense alongside Samuel Day’s song “Stand Through This,” and the two tracks have amassed a cumulative 80,000+ views.

Beyond his building momentum and charting success, Samuel Day’s focus is on a different kind of impact: the impact of hope on the hearts of listeners. “I want people to know that God has good things for us — and it’s an act of faith to believe that and reach for it,” Sam concludes. “In John 10:10 Jesus says that the thief comes to steal, kill, and destroy, but ‘I am come that they might have life, and that they might have it more abundantly.’”

For more of Samuel Day’s life-giving songs, you can find him on Spotify and Apple Music, where “Warrior Spirit” will be available on November 5.