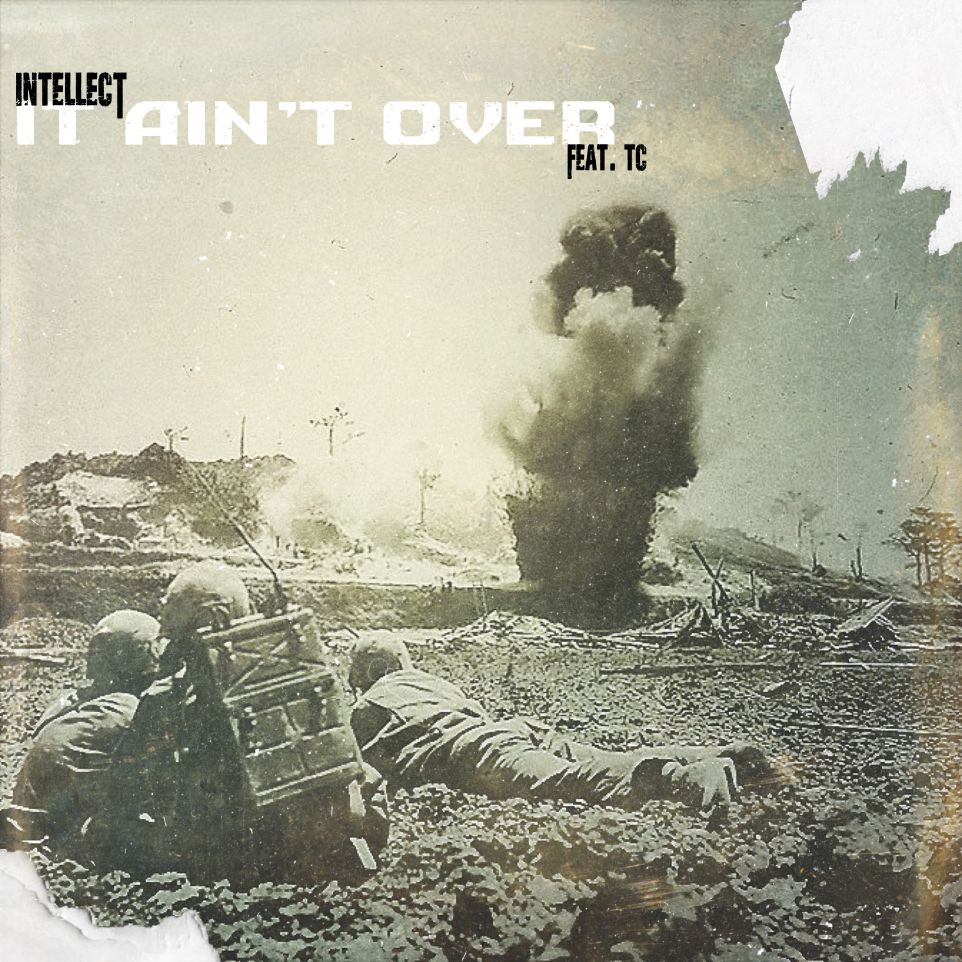 Christian Hip Hop’s boom-bap wordsmith, iNTELLECT, has released his latest record It Ain’t Over on September 24, 2021. With his distinct flow, precision pen-game, and Kingdom-oriented approach, the Ohio emcee has developed into one of the genre’s most consistent artists. It Ain’t Over is the fourth single of the year from iNTELLECT who collaborated with fellow CHH artist TC for the record. The duo have developed a strong pairing over the last year, working together on multiple songs during that time.

It Ain’t Over features a driving kick/snare combo and melodic sample that truly sets the sonic-base. The record was produced by Bishop of Black Hand Music Group and the beat acts more as a third artist the way that it compliments the bars of iNTELLECT and TC. During a time in mankind’s history that is packed with unrest, It Ain’t Over is centered around a message that everyone needs to hear.

iNTELLECT explains that, “The song is meant to encourage people in a time of uncertainty. Philippians 1:6 says, ‘I am sure of this, that he who began a good work in you will complete it to completion at the day of Jesus Christ.’ I know that the times we live in are difficult, but we need to trust God and trust his process as He will see us through to the end.”