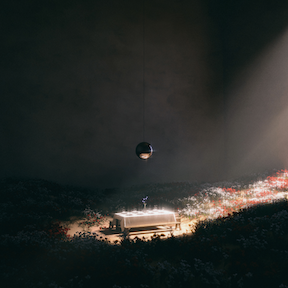 Bethel Music Comes Together for Homecoming, Out Now

GRAMMY nominated, internationally renowned artist collective Bethel Music has released their long-awaited 12th compilation album, Homecoming (Live). The powerful 16 song offering embodies everything that the group stands for and marks the first time that the entire collective has appeared on the same album. Recorded over three nights in July 2021, Homecoming is an outpouring of love and a testament to the community that Bethel Music has built over the last twenty years. Homecoming is now available HERE.

“This word “Homecoming” carries so much weight — and in a very real way, ALL OF US are in a season of coming home,” shares Christian Ostrom, Creative Director of Bethel Music. “These last few years we haven’t seen each other’s faces, we haven’t gathered in public, and we haven’t been with family. Home is such a necessary part of our lives, and we have all felt its absence. This album is the beginning of us going back to “the why” of Bethel Music… the beginning of us walking step by step toward the One who awaits us with open arms.”

Last month, it was announced that Bethel Music had earned 16 GMA DOVE Award nominations, breaking their previous record of most nominations in a single year. The nominates span 12 categories, including the coveted New Artist of the Year and Song of the Year. The 52nd GMA DOVE Awards will take place on October 19, 2021 and will air October 22nd on TBN.