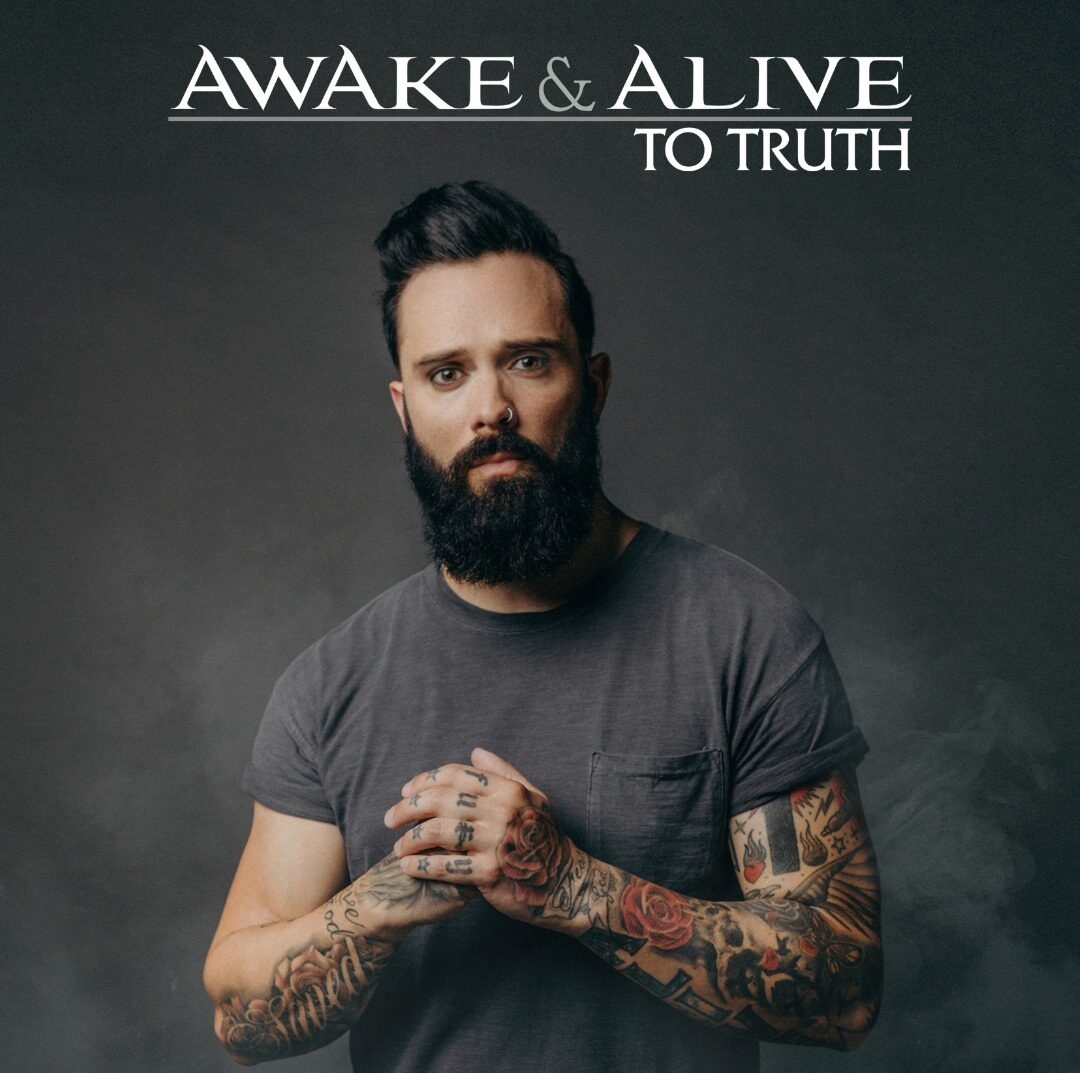 Last fall, in bold fashion, GRAMMY-nominated, multi-platinum rocker John Cooper rebelled against relativism in his book Awake & Alive to Truth (Finding Truth in the Chaos of a Relativistic World). After nearly 10 printings and winning the Book Impact Award at this year’s K-LOVE FAN AWARDS, Cooper’s debut as an author is finally available on audible at the member price of $10.46 or 1 credit, and the regular price of $14.95.  The physical book is also still available at www.johnlcooper.com/awake, and the Kindle edition and physical are also available on Amazon.

Awake and Alive To Truth tackles the reigning philosophies of our day of post-modernism, relativism, and the popular view of the goodness of man-and combats these viewpoints by standing on the absolute truth of the Word of God. Awake and Alive To Truth answers some of the most asked questions in modern culture, and Cooper takes readers on a journey through personal stories, the doctrine of original sin, the authority of Scripture, the danger of trusting your emotions, and ends with the greatest news possible: God wants to rescue you from the chaos and the darkness and bring you into His glorious light.

In the fall of 2019, Cooper launched his rapidly growing Cooper Stuff podcast, taking a no-holds-barred approach to hot-button issues, which has only intensified since spring 2020 and following the release of Awake and Alive To Truth.  Amassing over 1.5 million downloads to date, Cooper Stuff reaches over 150k fans each week, covering a wide range of current topics including everything from Cancel Culture, Wokeness, Protests and Violence, to Critical Race Theory, Deconstruction of Faith and Government Tyranny.

Cooper recently made his first appearance on Focus On The Family’s national daily broadcast where he encouraged listeners to stand strong for the Christian faith and to defend Biblical truth while sharing stories about how his own faith has grown over the years.

On October 7th at 8pm ET, Cooper will host the Facebook Live Bring Your Bible event celebration for Bring Your Bible to School Day (BYBSD), a nationwide, student-led movement of over 500,000 kids that bring their Bibles to school and share God’s Word with friends, and what means to them. Students of any age can participate, and after signing up, they’ll receive all kids of  activities, games, acts of service, and personalized ways they can get into God’s Word.  During the FB live event, students from all over the country will join in and celebrate bringing their Bibles to school that day along with the leaders of Bring Your Bible, and Cooper will introduce his good friend, Rebecca St James, to share her new single, “Dawn.”

“I’m kind of quite passionate about telling young people, ‘hey, you live in a time when people are not shy about saying what they believe,'” Cooper says. “In fact, whatever school you go to, you’re probably being taught things that we, as Christians, would find offensive. The world is not shy about saying who they are and what they believe, so why should we be shy about the words of life?”

SKILLET recently released their brand new single and music video for  “Surviving the Game,”  a “defiant song about not giving in to the fear that the world is and has been experiencing,” Cooper says, “This song brings a feeling of survival; you have to do what you need to do in order to get your life back; a defiance against fear and the things that want to hold you down – for so many that’s depression, isolation, lonelieness, suicidal thoughts, etc. This song is about becoming the person you are meant be and coming out on the other side of all the madness.”

About The Author:
John L. Cooper is the lead vocalist, bassist, and songwriter/producer for Skillet, one of the best-selling rock bands of at the 21st century. The two-time grammy award nominated 12X platinum band was inducted to Pandora’s Billionaire club after garnering 2 Billion streams, took home a Billboard music award and more. Their breakout single “Monster” remains “one of the most-streamed rock songs of all time” with 285 million global audio streams. John and his wife Korey have been touring together for the entirety of their 23 years of marriage and live in Kenosha, WI with their two children. John and Korey are passionate about sharing the truth of Christ to the world through music, the Cooper Stuff Podcast, two Skillet graphic novels entitled Eden and Eden: The Aftermath, and now through his debut book, Awake & Alive to Truth.