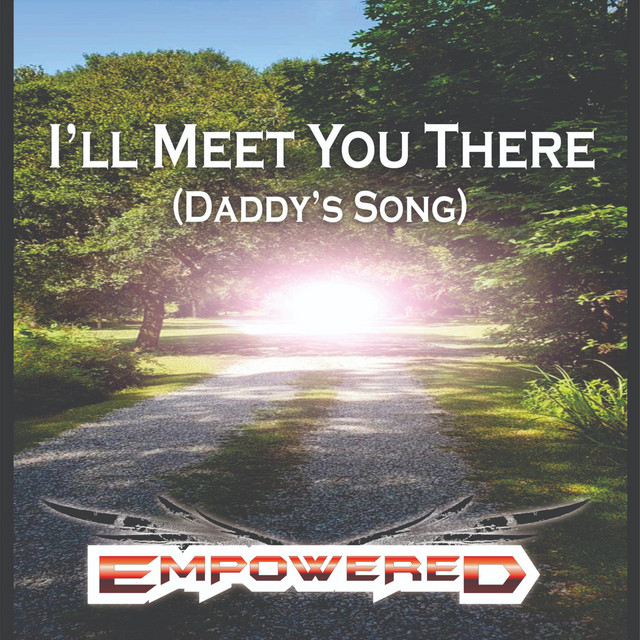 Singer/songwriter Benny DiChiara, lead singer of the Christian rock band Empowered, releases his most personal and powerful single on Friday, September 3. A tribute to his late father, “I’ll Meet You There (Daddy’s Song),” is as poignant as it is inspiring, and accessible to all who have faced grief and loss. The song is available on Spotify and other streaming services as of today, Friday, September 3, 2021.

The ambient introduction and first verse create space for the lyrics to hit home before launching into alush pop-rock chorus that is hopeful and dynamic, thanks to DiChiara’s passionate vocal. The driving percussion and bright guitars showcase the recurring refrain, “I’ll meet you there,” reminding listeners that eternity awaits and the promise of restoration is real for those we love and lose. “After my Dad passed away from cancer in October of 2020, initially, there was that ‘sting.’ The confusion, some anger, the loss,” says DiChiara, who co-wrote the song with producer Mikey Howard (7eventh Time Down with Love Journey Music). “Oh, but for the love of God! He steps in and gives us hope and joy in the midst of it all! Iknew that my Daddy was going to heaven since he had accepted Jesus as his Savior. So I know that I’ll see him again. This is how ‘I’ll Meet You There (Daddy’s Song)’ was born. Our prayer is that this song delivers the hope, joy, and comfort that only comes from God.”

The vulnerability and authenticity on this latest release align with the band’s successful 2020 release, Three Days, which has yielded over 250,000 streams. Two of the songs on the project—”Listen to the Children” and “Three Days”—have occupied multiple No. 1 chart positions, as has the music video of both songs.

In June, the title cut from the band’s latest project, Three Days, hit No. 1 on IndieGospel.net’s Top 20 Chart. At the same time, “Rock Bottom,” the third single from the album, debuted on the same chart at No. 7, making it the third single from the album to enter these charts. In total, the Three Days EP has now garnered seven No. 1’s on the IndieGospel.netcharts over the past year.

“We are so humbled by the support of IndieGospel’s staff and by the fans of our music,” says DiChiara. In addition to their chart success, DiChiara and the band have garnered significant press coverage not only this summer, but throughout the past year.

The 225 article, available here, is a fitting nod to the strong summer DiChiara and Empowered have enjoyed.

The Three Days project is the band’s first release since DiChiara nearly lost his life to a traumatic brain injury. His journey of healing makes the band’s accomplishments of 2020 and 2021 all the more significant.