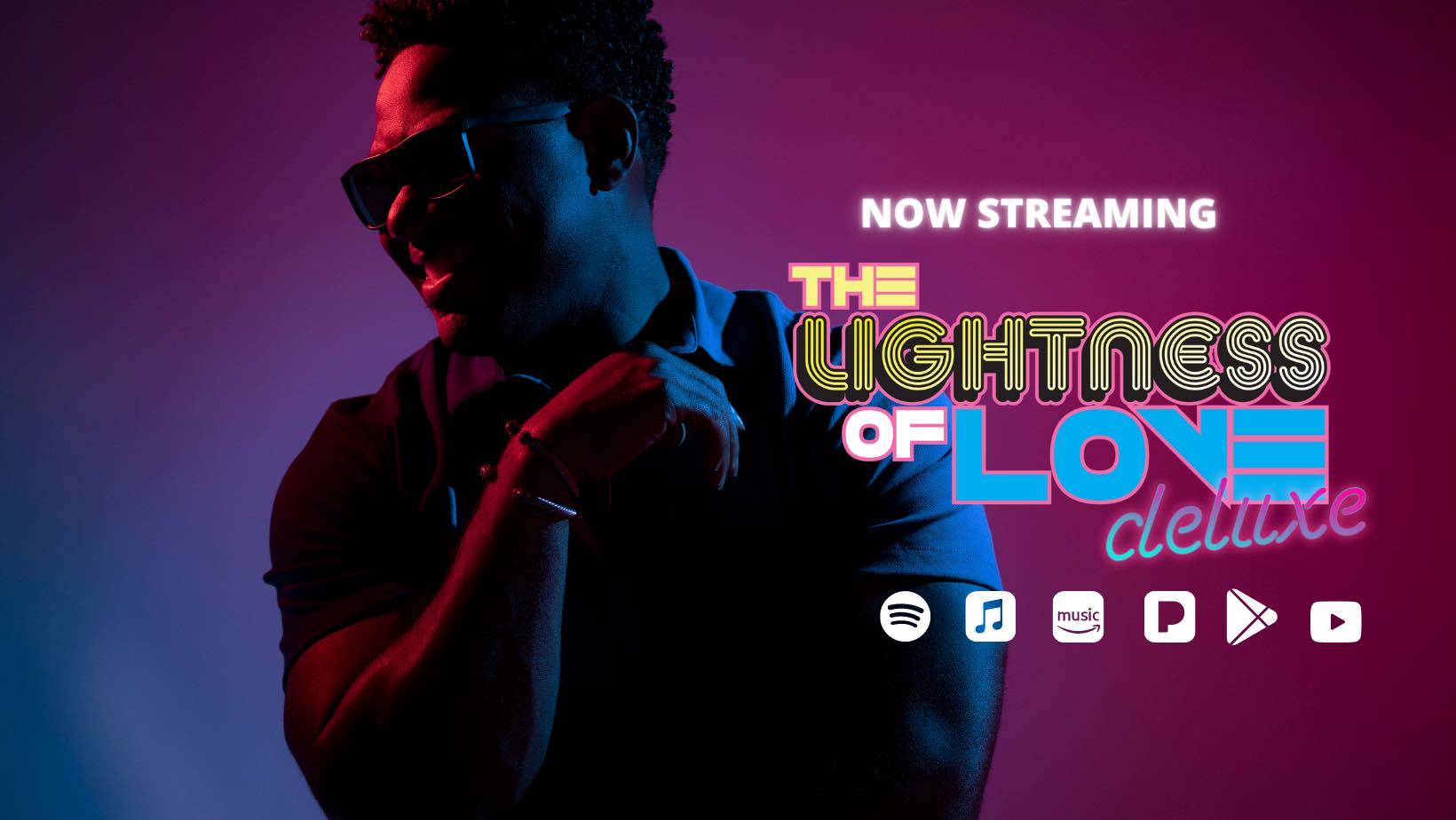 Grammy-nominated Songwriter Alvin Garrett’s The Lightness Of Love Deluxe album is out now. Hailed as “…an incredibly powerful record…” (Switchbox TV), Garrett “…believes love is the great unifier — and he proves it…” (People.com). He continues to share that message, adding four new tracks packed with a powerful dose of optimism and positivity to his latest album The Lightness Of Love (HILL Entertainment), as a reminder to allow love to lift you and make you light. Garrett’s highly-lauded uplifting messages and irresistible, feel-good soulful sounds have been praised by FOX Soul “The Book Of Sean,” Celeb Secrets, People.com, Bring Back Soul, Living Life Fearless and more. Fans can listen to The Lightness Of Love Deluxe here: https://alvingarrett.hearnow.com/the-lightness-of-love-deluxe.

“These new songs are lighthearted and lots of fun, and I hope that people can turn this up, take a listen and feel happier and lighter. I’m a preacher’s kid who loves soul music, and this music blends gospel and R&B into what I like to call Inspirational Soul,” Garrett says, “and I hope this project inspires people to be light.”

With four new tracks, Garrett taps into ‘90s nostalgia, flexing his vocal and melodic versatility and lyrical prowess in “Make You Happy,” delivering a track with an infectious, memorable hook and an energetic blend of synth-pop undertones. That soulful groove is carried into “It Feels So Good,” a song about resilience and bouncing back, and Garrett slows it down with the cool and collected slow jam “Forever.” Ahead of the official deluxe release, Garrett revealed “Flowers,” a song about gratitude and one that pays tribute to those sowing seeds in their communities.

Garrett, himself, works closely with one of the nation’s leading reentry and training-to-work agencies, The Dannon Project, which is a non-profit serving multiple at-risk populations. Garrett teaches an innovative songwriting therapy program called, “The Write Life,” harnessing the power of music and songwriting to enhance the curriculum and services provided by The Dannon Project.

Earlier this year, Garrett released the music video for title track “The Lightness Of Love,” featuring guest co-star Meredith Lilly, the State Director for U.S. Senator Reverend Raphael Warnock of Georgia and former campaign manager for President Barack Obama. He also performed his emotive, self-penned song “It Starts In The Heart” as the opening to the 56th annual Selma Bridge Crossing, one of the largest annual Civil Rights Commemoration events in the world.

The triple threat singer/songwriter and producer co-wrote the first #1 to hit the Billboard Gospel Airplay charts this year “Patiently Praising” with Fred Jerkins III of DarkChild Gospel (Michael Jackson, Beyonce, Whitney Houston), and has amassed multiple awards including a Grammy nomination, a Soul Train, Dove and Stellar Award. The Alabama native has an impressive career that’s ushered him to the forefront of Soul and R&B as a professional bassist and producer, arranger and songwriter for Joe, Kelly Rowland, Fantasia Barrino, Ruben Studdard, Jordan Knight, Deitrick Haddon and more. For more information, visit www.alvingarrett.com.

The Lightness Of Love Deluxe Tracklisting