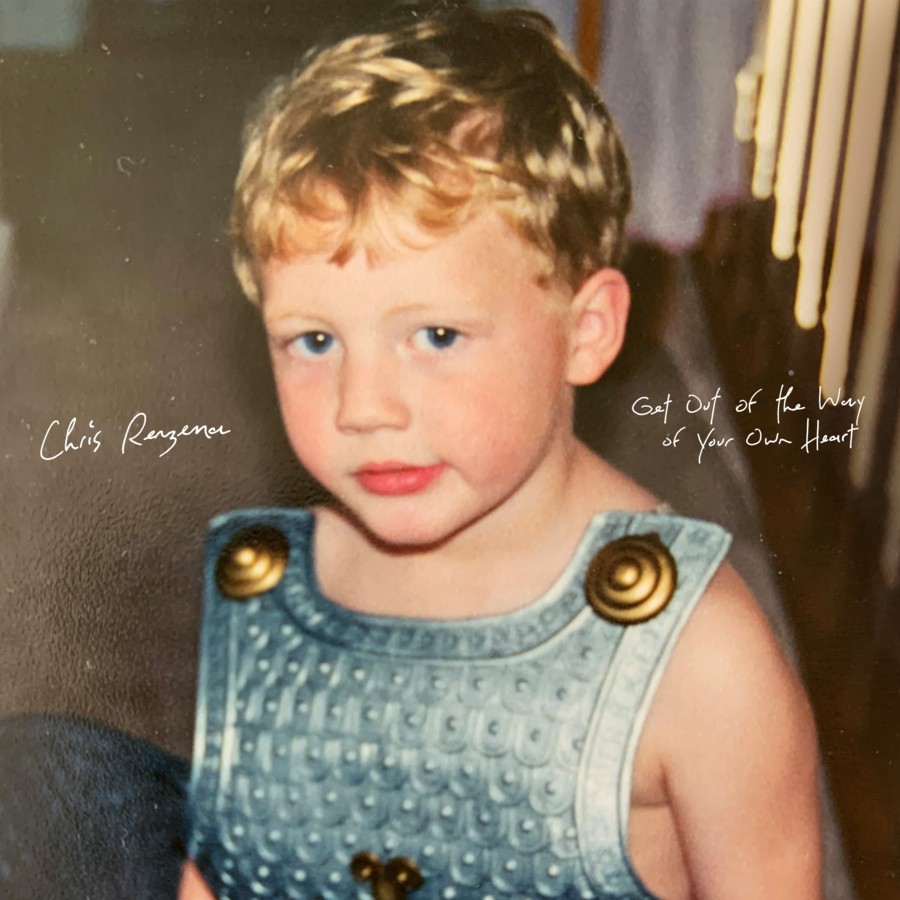 Chris Renzema Releases Third Album, Get Out Of The Way Of Your Own Heart

Acclaimed singer / songwriter Chris Renzema releases his third full-length and second Centricity Music album, Get Out of the Way of Your Own Heart, today (Sept. 3). Available now at digital and streaming outlets everywhere, the album features lyrics that cut to the bone while singing about hope and echoing the universality of both pain and praise.

The progression to the new album began with more than 36 million audio streams of Renzema’s independent project, I’ll Be The Branches, which was a personal, but less autobiographical, worship album. This recording was followed by the sophomore, Centricity Music debut Let The Ground Rest that sparked more than 90 million streams and began to reveal more of his life story weaved into the songs. Receiving well-over one million Spotify track saves over the last year, a 2020 Pandora “Artist to Watch” nod and a GMA Dove Award nomination for “New Artist of the Year,” Get Out of the Way of Your Own Heart continues Renzema’s more personal trajectory.

“I feel like a lot of what I was struggling with over the last year-and-a-half was mostly about me standing in my own way,” shares Renzema. “In the song, ‘Get Out of the Way of Your Own Heart,’ the lyric of the bridge encourages, Take yourself down off the line, give yourself a little grace. A lot of this new album is me trying to express and process feeling a little subpar and trying to allow myself to feel OK and to be a little nicer to myself.”

While Get Out of the Way of Your Own Heart doesn’t always provide painless resolution or black and white answers to gray areas, it does emphasize the fact that we never have to wrestle with life’s hardest questions alone.

Along with the title song, this unique thematic mix is apparent in the opening track, “Hope Or Nostalgia,” the fresh perspective “Just As Good (feat. Ellie Holcomb),” the unifying, Saint Teresa prayer inspired “No Body (feat. Matt Maher),” and “Stronger Love,” which was co-written by and features Leeland Mooring.

“We wrote ‘Stronger Love’ when things were viscerally divided in our nation, with culture preaching that the solution was somewhere within ourselves. So the song became about having an anchor and a hope in something bigger than us,” relays Renzema.

“I hit this point in all the lockdowns and stuff where I was like, ‘I can’t write another song that sounds like a bummer, about me being bummed.’ You gotta just start infusing some hope and some energy into it, for your own sake,” adds Renzema. “Honestly, a lot of the sounds and songs on this record are coming from a place of like, ‘man I wish I could be playing fun music again live.’ This new album is very much geared towards being played in concerts, sang along to, rocked out to.”

Like his desire for real connections, music fans are responding similarly, scarfing up tickets as Renzema gears up for his 29-city, 32 concert “Hope or Nostalgia” fall tour that begins Sept. 7. With at least 12 sell-outs already logged, the tour has added second shows in select markets as ticket sales for every concert are nearing capacity. (See tour sizzle reel at this link.)

The full Get Out of the Way of Your Own Heart track listing follows:

02) Get Out Of The Way Of Your Own Heart

05) No Room For An Anxious Heart