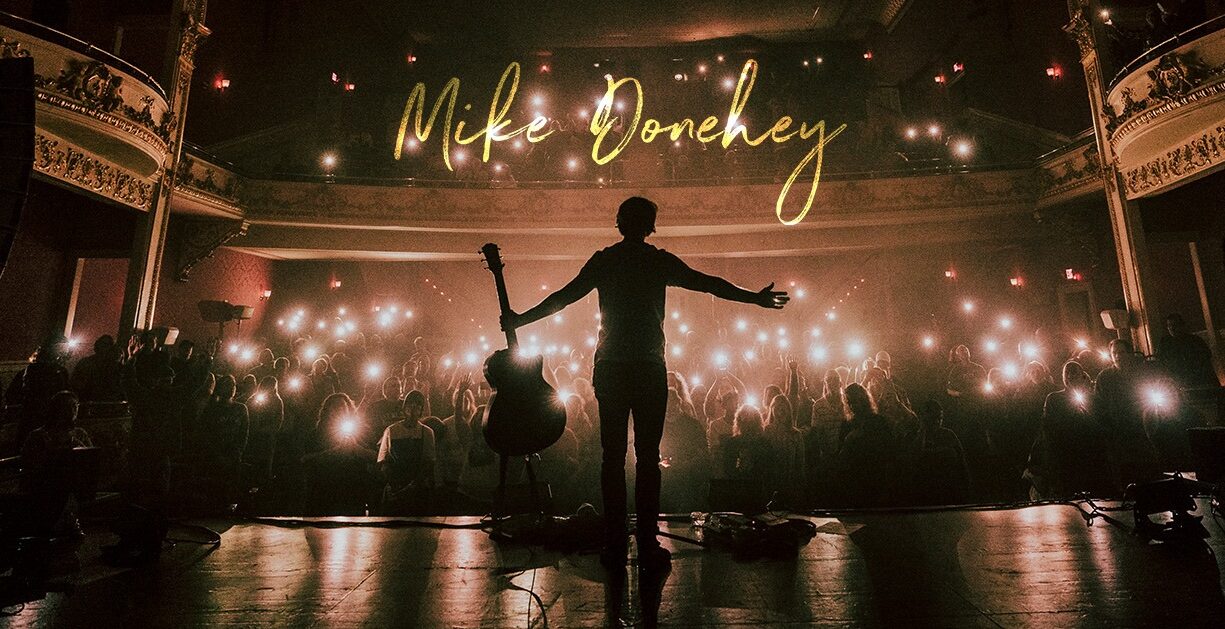 After the 2020 announcement of the end of successful CCM band Tenth Avenue North, and the tour cancellations that would postpone the farewell shows for another year, fans were left wondering what was next for the members. Frontman Mike Donehey told eager fans that he would continue writing music as a solo artist and sought help from fans in early 2021 to create his solo album through a Kickstarter campaign. It ended up bringing in more funds than Donehey himself expected, which he took as a sign that he should continue writing music. Several EPs and singles were released in the months following, and the full length album Flourish released just last week.

“Standing at the Edge of My World” kicks off the album with an upbeat intro and gang vocals that echo throughout the song. Similarly, “From the Start” utilizes echoing gang vocals over a resonating guitar riff. Both tracks deliver high energy with a driving beat throughout.

A thematic element of the album seems to be faith and hope in the midst of adversity.

Driven by a piano chord progression in the first verse, “Follow You Into the Fire” breathes hope into difficult situations with the lyrics “ I want to follow you into the fire/ and learn to dance when the flames get higher”.

The title track ties nicely with the album art (by Thomas Ewing) of a silhouette of a boy with his face to the sun, surrounded by images of landscapes, alluding to the references of the desert, “rivers in the wasteland”, and “I’ve walked through the fire/ I’ve tasted the rain/ But I’ve always had a peace/ I can’t explain”. In the artwork, the river leads into the heart inside the silhouette where a flower is flourishing. Genius.

One of the unique things about Donehey’s songwriting is his ability to lyrically communicate what it feels like to bring our doubts and questions to God. He does this in “Something that I Can’t Explain” with the lyrics “Why do I trust what I cannot see?/ Cause If I’m honest/ Sometimes it all feels like make believe.”  “Breathe In Breathe Out” also dives into the idea of doubt, but combats it with a comforting refrain in the lyrics “You’ve been with me all the while” that crescendos in the bridge. Simple words that hold the most meaning and comfort that as we breathe in and out there is hope that Jesus is with us.

A third thematic element throughout “Flourish” is finding enough value in what we already have in front of us. “Glory that I Couldn’t See” and its reprise are a prayer asking God to keep opening our eyes to the ways God reveals himself in the gifts he gives us. “Abundance” begins with a pedalled piano and rings out a prayer that says “I want to live in abundance/ and live from abundance/ I want to give in abundance /and trust Your abundance.” It’s easy to get caught up in scarcity thinking that says there will never be enough. God promises His abundance to us.

Radio single “All Together” is catchy from start to finish. Musically, the texture goes from a guitar to piano, with a fun bass line.  We don’t have to have it “all together” but “We’ll make it through all together” highlights the message of authenticity and radical vulnerability in relationships.

“Unity Hymn”, written by Donehey and his sister Kanene Pipkin, closes out the album. Pipkin’s vocals are featured on the track, as she has on past songs with Tenth Avenue North. It closes out the album nicely with a call to Unity in the love of Christ through a musical build-up in the bridge.

For Donehey’s first full length solo release, both old and new listeners will say that it stands well on its own. Donehey has maintained a high level of lyrical quality as he’s created this project, also drawing on other songwriters and musicians for help in creating this collection of songs. This album echoes ideals that Mike Donehey has championed over his years in ministry, and his hope is to see people “Flourish”.