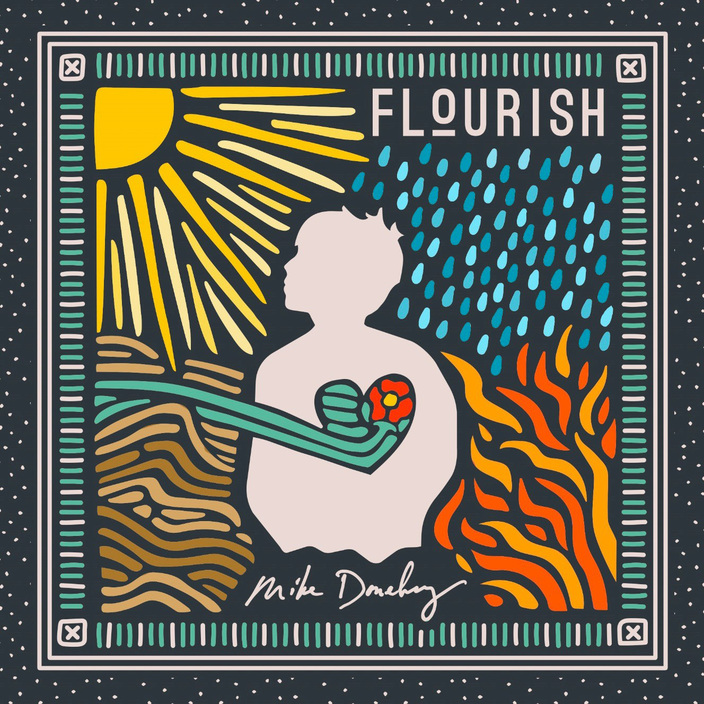 Flourish, the new album from Mike Donehey, is out now

Flourish, the new album from Mike Donehey, is out now with Fair Trade Services. Be sure to click here to listen. Fans got a chance to hear Flourish in advance when Donehey celebrated the release of his album earlier this week with a live stream album release show, and now the album is available everywhere.

He’s a songwriter, performing artist, author, podcaster, and most importantly husband and father, but for Mike Donehey, learning to embrace the unexpected has been the very thing that continually brings forth encouraging and soul-healing music. It’s the unexpected that has a way of disrupting our lives in ways we might not have ever chosen.

When the world was impacted by the pandemic, Donehey, like so many others, found himself struggling. Tenth Avenue North, the band that he founded and led for so many years, was amicably disbanding and planning their farewell tour when everything stopped. With the tour canceled and the band officially over, Donehey felt lost, not only about what his next steps were going to be but was feeling like – in his own words – a dried-out sponge.

As months passed, he realized he needed to mourn these drastic life changes as well as the unknown. The more he began to open up and let himself feel sadness and the sting of the pain, “the more joy came flooding in on the other side,” he explains. Songs began pouring out and an album was quickly penned.

Writing during the pandemic became the anthem he needed to sing for himself, and, as the title song explains, he directs to Psalm 126 that in Christ he has what he needs to truly flourish. “If you want more joy, allow sadness,” Donehey says. “Grieve to get where you need to go because the more you shrink your sadness, you’re numbing the pain of hope. Flourish isn’t an album of naivete, it’s acknowledging that I was in a desert to appreciate the streams running through it.”

As an album that shares songs full of encouragement, radical vulnerability, mourning, honesty, acceptance,  acknowledgment, Donehey tackles it all in this collection of eleven songs birthed out of his struggle to learn what it takes to truly flourish in any and every circumstance.