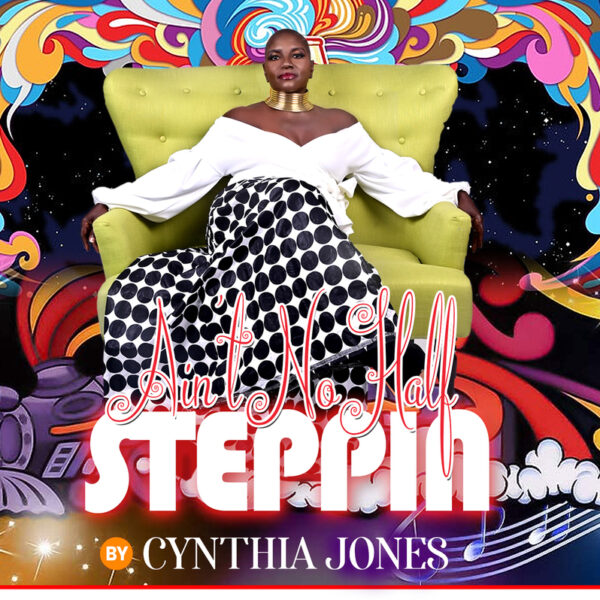 Cynthia Jones is known as Gospel’s Queen of Neo-Soul with prowess beyond her powerful vocal ability and organic songwriting skills.  She is a Grammy® and Stellar Award-nominated artist and highly respected entertainer with an explosive stage performance.

Cynthia stepped into music with her breakthrough debut album GOTTA SOUL in 2008, which introduced her authentically expressive savviness as a singer with true soul.  It has been a decade since her last album, JOURNEY OF SOUL.   Cynthia now emerges with a renewed spirit and a fresh creative spark to her signature voice.  Cynthia offers her brand new single “Ain’t No Half Steppin”.

“Cynthia is back with the perfect soulful/jazzy groove for your playlist,” says platinum-selling, Stellar Award-winning Jazz artist Ben Tankard.  “Her voice is on point, and this track is on fire.”

“Ain’t No Half Steppin” is produced by Stellar Award-winner Sean Keys.  The single is musically hypnotizing, lyrically unapologetic, and fuses soul, jazz, and R&B. The song reminds you to be in the world, but not of the world.

Cynthia’s unique style of neo-soul music has reached listeners worldwide from all walks of life.  Cynthia says, “It blesses me to read comments on my social media sites: ‘Your music saved my life’, and ‘I don’t like Gospel music, but I’ll listen to Cynthia Jones’, and ‘Thank God for Cynthia Jones, where have you been?’.  Comments like this remind me why God has given this talent and platform to change lives.”

“Ain’t No Half Steppin” is available on all digital music outlets now.  Cynthia will perform her new single, her hits and classic favorites at her free outdoor concert on Sunday, August 29 at 5PM. Sunday Evening with Cynthia Jones will take place at the Southeast Raleigh YMCA, 1436 Rock Quarry Rd, Raleigh, NC.

Get Ain’t No Half Steppin