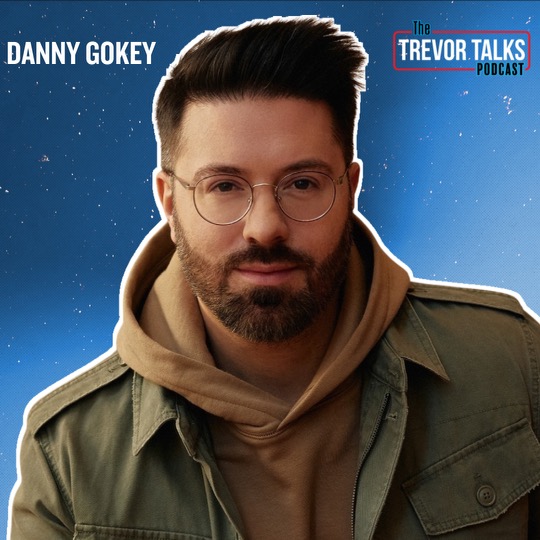 As he prepares to release his upcoming album Jesus People, Danny Gokey took listeners deep into the valleys he’s walked— and the ways that God’s enduring faithfulness has met him there.

In a conversation with Trevor Tyson on the Trevor Talks podcast, Danny Gokey revealed personal insight into his journey. His story testimony ranges from days working as a worship leader and truck driver, to appearing on American Idol at the request of his late first wife, to winning and then losing his first record deal, to becoming one of the most respected and enduring voices in contemporary Christian music.

“As long as you keep moving, even if you take the wrong door, God can steer you back to the right door,” Danny says to sum up his story.

That time-tested, rock-solid faith defines his album Jesus People, releasing everywhere on August 20 (get it at https://dannygokey.lnk.to/jesuspeopleIB). Throughout the episode of Trevor Talks, Danny shared about how the album got its bold title, and about some of the conversations with God that inspired it: “God believes in you because He put His Spirit in you.”

You can listen to the whole conversation on Spotify, Apple Music and Google Podcasts.

Jesus People follows up Danny Gokey’s 2019 success Haven’t Seen It Yet, which was led by the breakout hit single of the same name. His past songs of enduring faith include “Hope In Front of Me,” “Tell Your Heart to Beat Again” and “Rise.” You can keep up with all things Danny Gokey by finding him on Spotify, Apple Music, Facebook, Instagram, and Twitter.