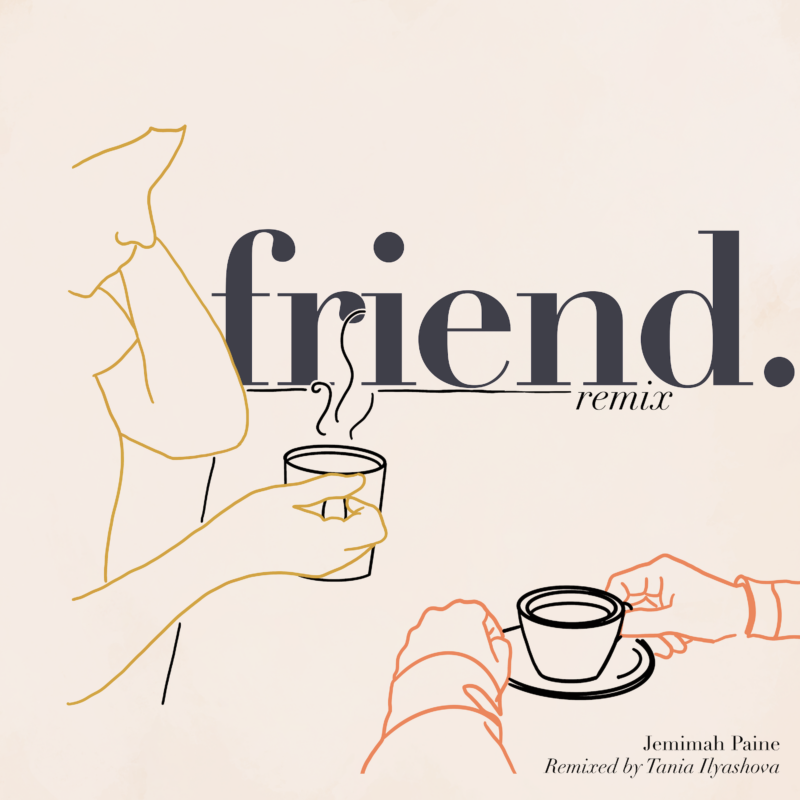 Jemimah Paine had the honour of having Tania Ilyashova remix her newest single ‘Friend’ which she wrote with producer and songwriter Féz. Tania is an experienced musician who has worked with bands such as Little Mix and recently remixed a recent single from Bianca Rose. Tania introduces some energetic and jazzy chords during the song which transforms the pre-chorus. The addition of musical ‘stabs’ towards the end add a huge amount of energy and contribute well to the more pop-like feel Tania envisioned. Jemimah adds; ‘I absolutely love Tania’s remix, she has incorporated so much life and vibrancy into this song, I hope I will be able to work with her again very soon.’