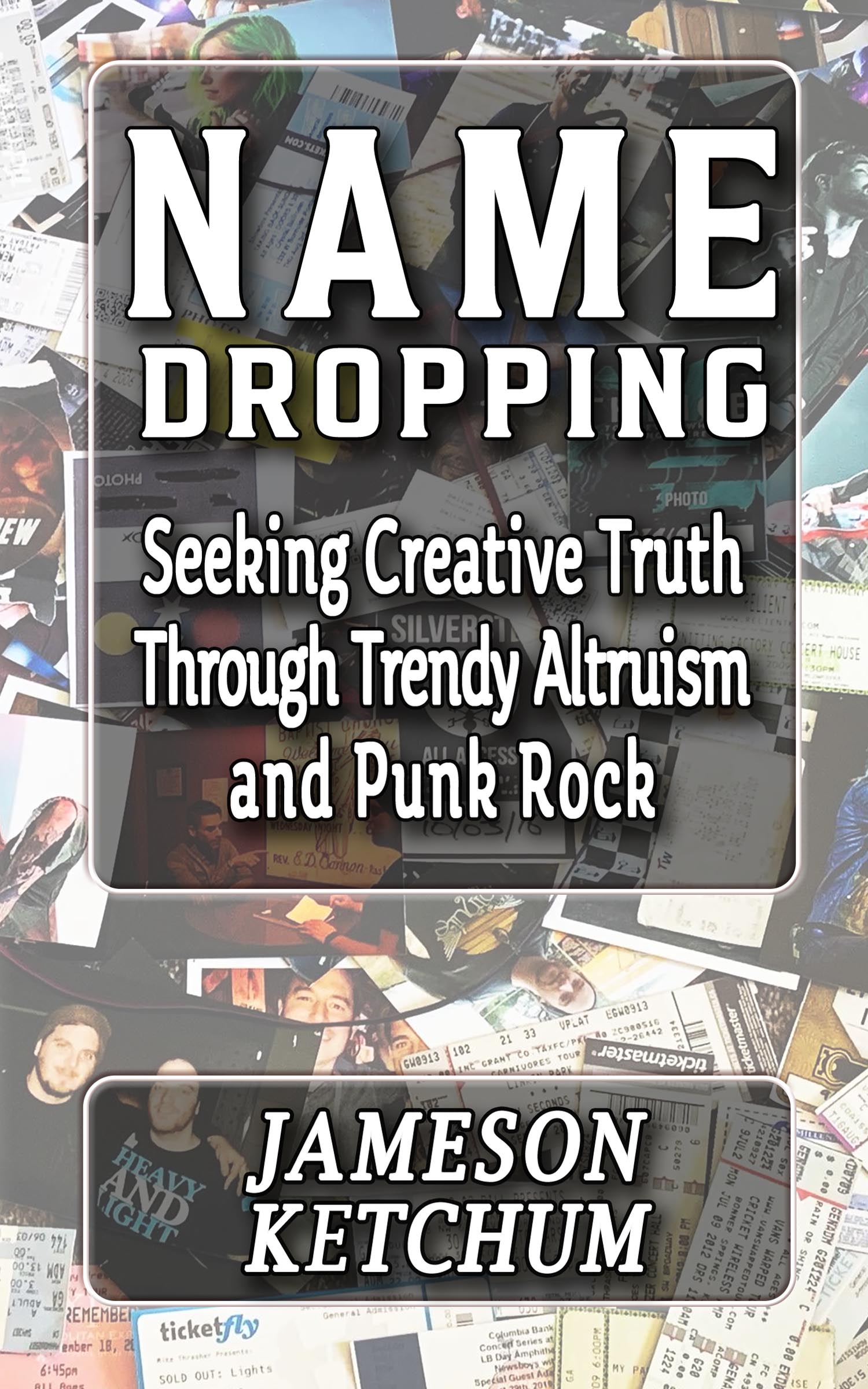 Name Dropping is a nonfiction title focusing on longtime music journalist/podcaster/publicist/editor Jameson Ketchum’s experiences in the Christian hardcore scene before transitioning to the world of Warped Tour and beyond. Working alongside bands such as Taking Back Sunday, The Used, Anberlin, Circa Survive, Dashboard Confessional, MxPx, Emery, August Burns Red and countless others, Ketchum brings the reader on a whirlwind trip through both industries, from touring across America with Christian hardcore band Fallstar, to sitting down with his heroes for major music publications to working for some of the era’s most popular non-profits. Name Dropping promises heart-warming nostalgia while encouraging what Ketchum hopes to be the new generation of rock writers.

Pick up your digital copy of Name Dropping now https://amzn.to/3hEaK6r

“Jameson and I have worked together for many years now on my different projects, at this point I consider us friends, which is his strong suit. I never felt like they were simply interviews but conversations between two friends, he dismantles his subject and allows the direction of the process to ebb and flow where it may. Instead of the cliché topics every other interviewer presents, he keeps the topics fresh and has deep knowledge of what was going on his subject’s life.”

In the years that I’ve known Jameson, one thing has always been abundantly clear: there is no one in this industry who is more passionate, knowledgeable, or good-hearted. It is a privilege to be a part of his story and a true joy to read about his journey.

Jameson Ketchum is a writer, podcaster, and publicist. He currently hosts The Godspeed Podcast where he continues to interview musicians, authors, actors, and comics. Name Dropping: Seeking Creative Truth Through Trendy Altruism and Punk Rock is his second book.

Follow @namedroppingbook to see behind the scenes photos and updates.