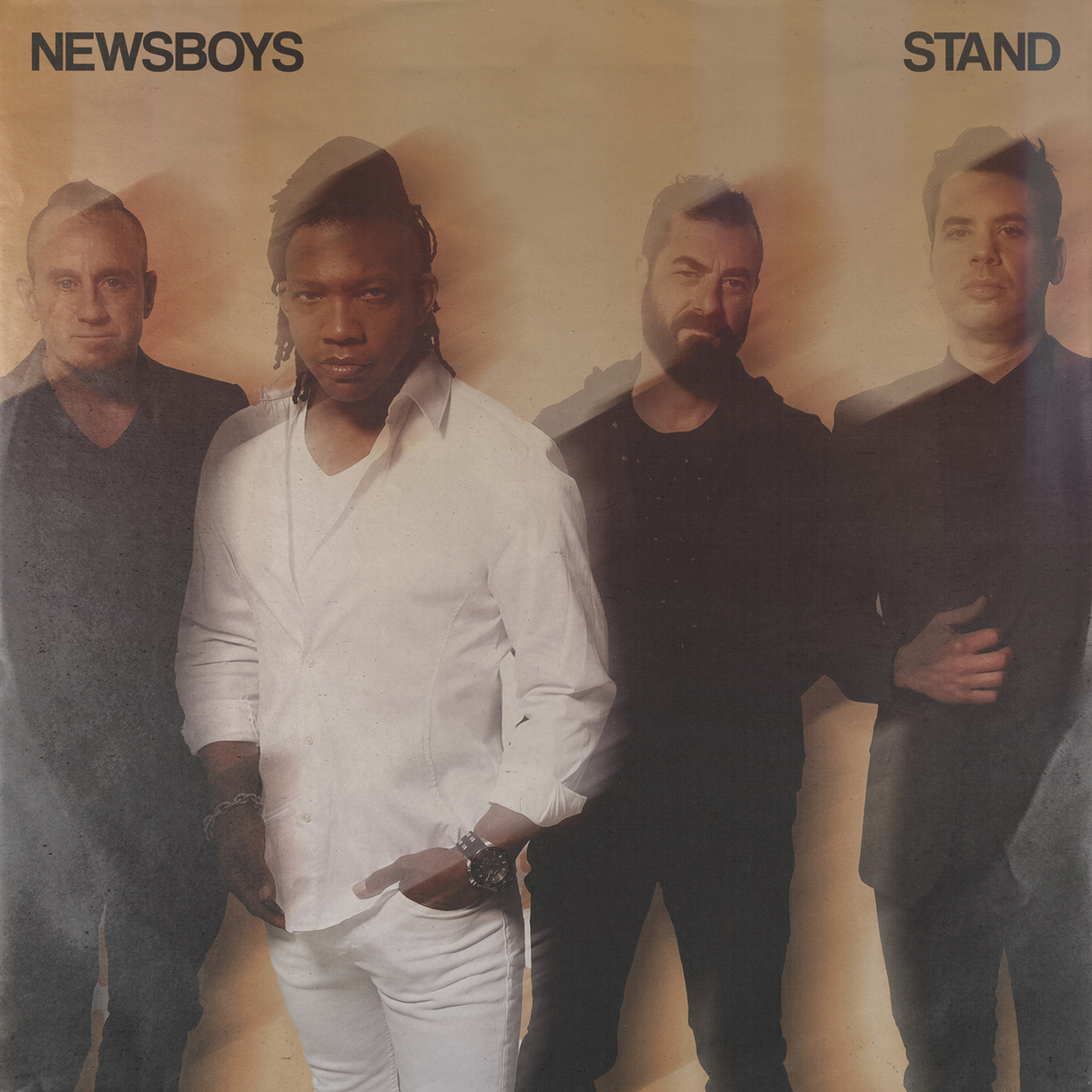 GRAMMY®- nominated, DOVE Award-winning, and platinum selling Newsboys is back after a year off the road. As they ready their October 1st album release, STAND, which features the chart rising single “Magnetic,” that currently sits in the top 25 on the radio. The current Christian rock band Newsboys, (Michael Tait, Duncan Phillips, Jeff Frankenstein, and Jody Davis) are excited to announce their new 2021 fall tour dates.  Preorder STAND here.

Newsboys start off headlining Franklin Graham’s God Loves You Tour visiting 8 cities along historic Route 66 in late September. From there, the tour will continue with the Step Into the Light Tour in October and November, which will include appearances from special guests Mandisa, We Are Messengers, Cade Thompson and Adam Agee. Presale of their forthcoming October 1st release STAND begins today 7/23/2021, and includes the 2nd instant gratification track available from the album, I Still Believe You’re Good.

Few bands have as much history and passion for the world through music as Newsboys. Starting with their self-produced debut album He’s Coming Back, released in 1987, Newsboys has had a long and triumphant road pursuing the music industry and spreading the Word of God. Newsboys have since released nineteen studio albums.

With over thirty #1 hit songs including “Born Again,” “We Believe,” and the Platinum selling “God’s Not Dead,” Newsboys continue to bring their same unbridled passion and dedication to the Lord with their newest single, “Magnetic.” This powerful anthem has strong ties to the disco beat, synth heavy, 80’s vibes of their 2013 album Restart. Describing God’s love as magnetic, the catchy tune features Tait’s strong and swooning vocals, and is a definitive reminder of God’s faithful love with the chorus lyrics: “But every time I’m in that fight Your love keeps pulling me back, It’s magnetic.”

Fans are in full support of this new era of Newsboys, and one fan had this to say about “Magnetic”: “This sounds like Newsboys are coming back with the hits again! A car banger, summer tune like we definitely need. I think the energy that the Tait era Newsboys songs have are a breath of fresh air. Not just for Christian music, but for the industry in general. To have Newsboys return to form like this makes me excited for their new music more than I have been since Restart.”

The fact that Newsboys’ phenomenal releases remain so popular over time is proof of their strength and dedication to spreading the messages and love that God has to offer. As drummer Duncan Phillips says, “The fact that we’re sitting here today is a miracle. It doesn’t get any better than to serve God and walk into the calling for our lives.”

Newsboys will be touring in full force this fall and the Step into the Light tour dates can be found here.