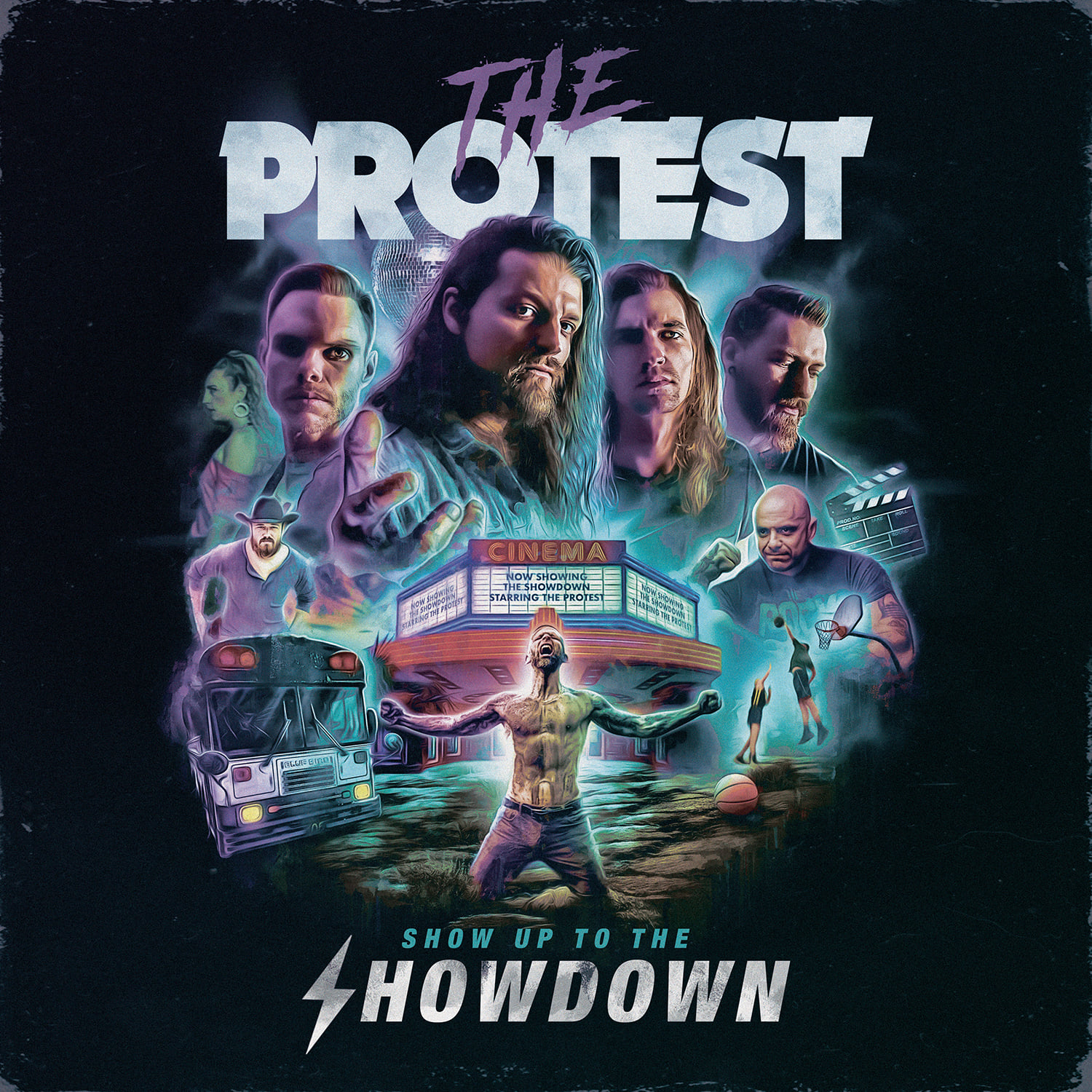 “To win a battle, you have to show up,” The Protest says of the powerhouse song. “It’s about never backing down, standing your ground. Keep pushing on, and you WILL make it through, no matter what!”

“Show Up to the Showdown” launched with an accompanying music video, a colorful, cinematic piece that shows the band members in a variety of showdowns. “The video is the most ambitious idea we’ve ever come up with,” the band offers. “The concept is that we as people are going to lose a lot in life. As you see in the video, we lose a lot of the showdowns— symbolic of life’s challenges. But through the lyrics, the music, and the video, we never give up or give in, and we finally win!”

The song itself is indicative of what listeners can expect from the 5 track Death Stare EP as a whole: empowering, energizing rock and roll. According to the Protest, “‘Show Up to the Showdown’ ties in great with the overarching theme of dealing with and conquering your fears in a fun, energetic way. If you listen to the lyrics, we start off already having fear beaten down.”

“Coming up with the title for Death Stare was very interesting,” they continue. “It took months to narrow it down. We put so much effort into the writing and recording process. Every song was handled with care. Death Stare was in the running as a name for a while. We wanted the title to reflect the EP’s theme: fear and overcoming it. When fear begins to ‘stare’ right at us, we have the choice to fight or flee. As a whole, the EP is all about fighting fear and taking challenges head on.”

The EP was recorded in Los Angeles with Mitchell Marlow (P.O.D., Starset, Papa Roach). It will be released on August 27 through Rockfest Records.

Read our review of the song here

Show Up To The Showdown by getting the song here